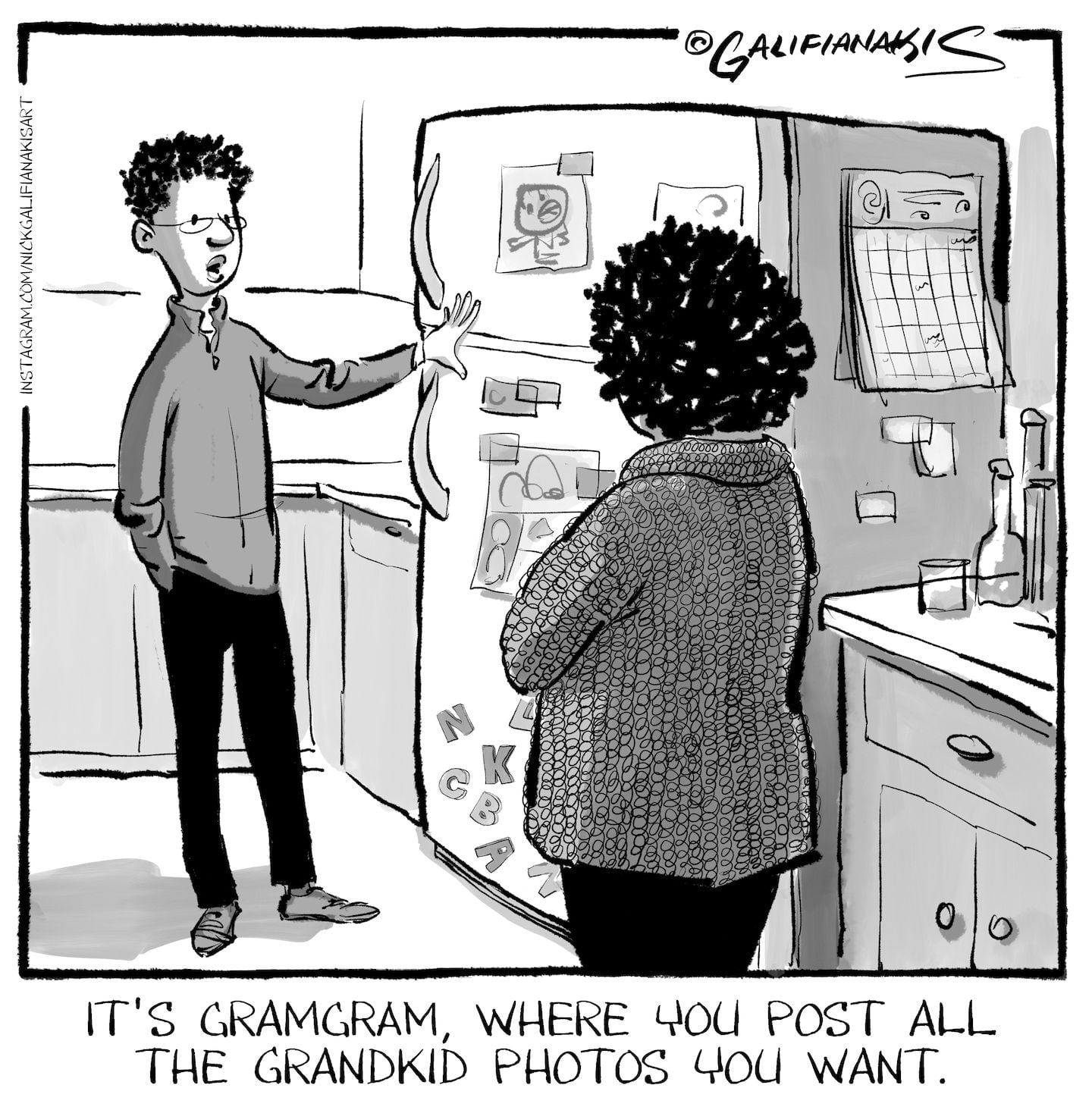 Dear Carolyn: My son married his high school sweetheart six years ago. The couple tried to get pregnant by various means for three years and finally are expecting our first grandchild. We are all deliriously happy.

We’ve been through some ups and downs with this couple. We’ve taken them on trips and hosted them and their friends all through high school and the years after. When they got married, they lived with us for nine months with their large dog so they could save for a house.

This Thanksgiving they announced the gender of the new little one. We had a great afternoon and we drove home.

I was so excited to share with my friends, who know how long we’ve waited. I posted a couple of pics on Facebook (of myself) announcing how thankful I was to become a grandma.

Within minutes, I received a text from my daughter-in-law to remove the post. I did so, but was very upset. I texted my son asking why I could not post and heard nothing until the next morning. I got the snottiest, most hateful text from my daughter-in-law stating the reason was that it was not my place to post, and why would I do this without asking, etc. I was so upset I took two Ambien to shut out the noise and get some sleep.

My husband now acts as if I’m crazy and seems scared to offend anyone besides me.

I am no longer happy and excited. I see a future of walking on eggshells and staying in a lane that was assigned to me by a woman that I’ve loved and supported since she was 16.

To make a public social media announcement of any pregnancy that isn’t yours and without the expectant parents’ permission is just a massive, black-barred Don’t.

To announce a pregnancy in such a way when it occurred after years of struggle and intervention? I do feel your dashed enthusiasm, but I really, really feel the couple’s horror. They are happy, yes, but they are also fragile right now. I can say this without even knowing them because that’s how people are when they feel their pregnancy is fragile — like they don’t have control — and people tend to feel that when it takes them years and “various means” for the pregnancy to take. Those three years packed in a lot of hard news for them — whether the news was the dispiriting “not pregnant” or the devastating “no longer pregnant.” Their joy is cautious and you threw caution out of a moving car.

So, damn. I understand that not everyone understands the unwritten rules of fertility struggles or social media blasts. But after you made the mistake of posting news that wasn’t yours to blast, you took your correction as an invitation to focus on how badly you were injured by your daughter-in-law, not on how badly you may have rattled her.

So, have a seat for a moment. Let your fury at my unsympathetic answer give off the worst of its heat. Then think, really think, about the position you put the couple in with your announcement. Consider how worried they will probably be, rationally or otherwise, about the viability of this pregnancy because of their struggle to conceive — possibly right up to the moment your daughter-in-law gives birth. Consider the extra weight of knowing they’ll have to update and feel the eyes of dozens of people now if something does go wrong.

Consider you may have been seduced into such thoughtlessness by wanting so badly to hold your own piece of their joy.

Then, when you’re at least able to make out the general shape of their valid frustration with you, apologize to them. First for overstepping with your post, and next for pushing back, intemperately at that, when they asked you to take it down.

And next, if it’s a really productive introspection session, apologize for letting their unwieldy mix of joy, relief and apprehension become all about you and your feelings. (And, ugh, about a retroactive indignant bean-count of all you’ve done for these two. You were generous, so you own a piece of them?)

But that’s optional. As long as you make the initial overstepping apology, you can do the rest of the accountability work privately in your own mind, without an elaborately detailed remorse statement; they’ll enjoy the benefit regardless in their future dealings with you.

The good news in all this? The joy is right there for the feeling, right where you left it when you got carried away. “It’s about them, not me” — not to the point of absurdity, but to the point of occasional discomfort, yes; just flash that pass at the door and you’re in. Joy City. Just don’t post a whisper about any kid, ever, without the parents’ okay.