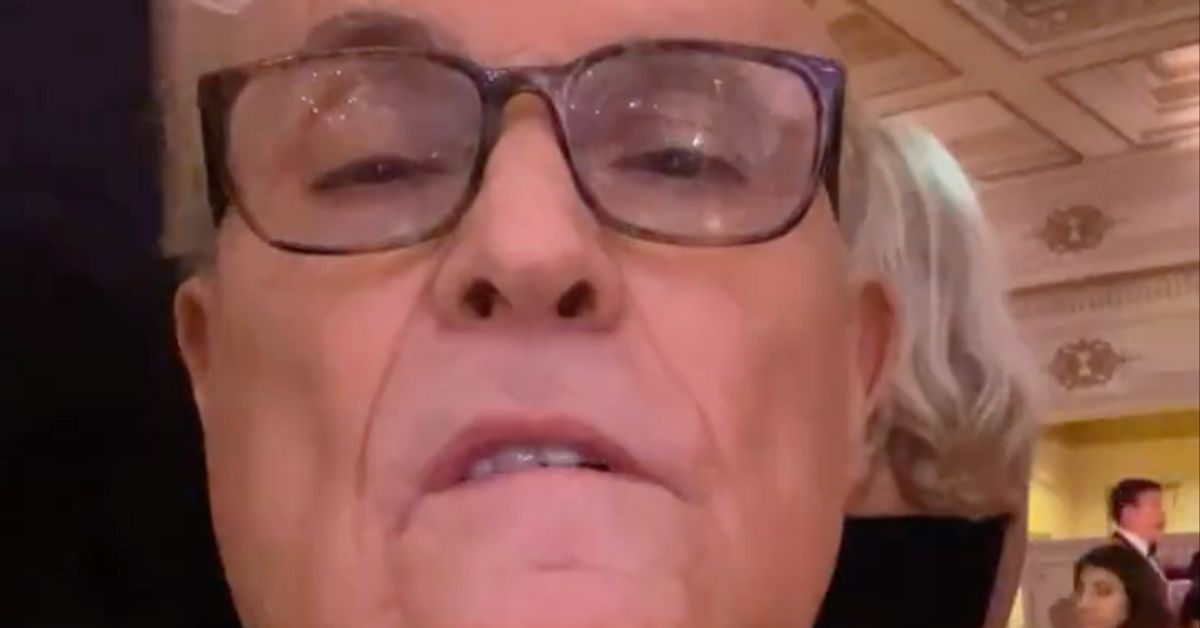 If only he could remember what year it actually is.

In the video Giuliani posted on Twitter, he offers a close-up New Year’s Eve message that is drowned out by a cover band playing “Footloose.”

The kicker? He describes the video as “Mar-a-Lago 2023 New Year headed right to 2024,” as if he traveled a year into the future.

It’s possible Giuliani’s post was referring to Trump’s 2024 presidential run and he just screwed it up, but it still provided lots of fodder for Twitter snark in 2023.