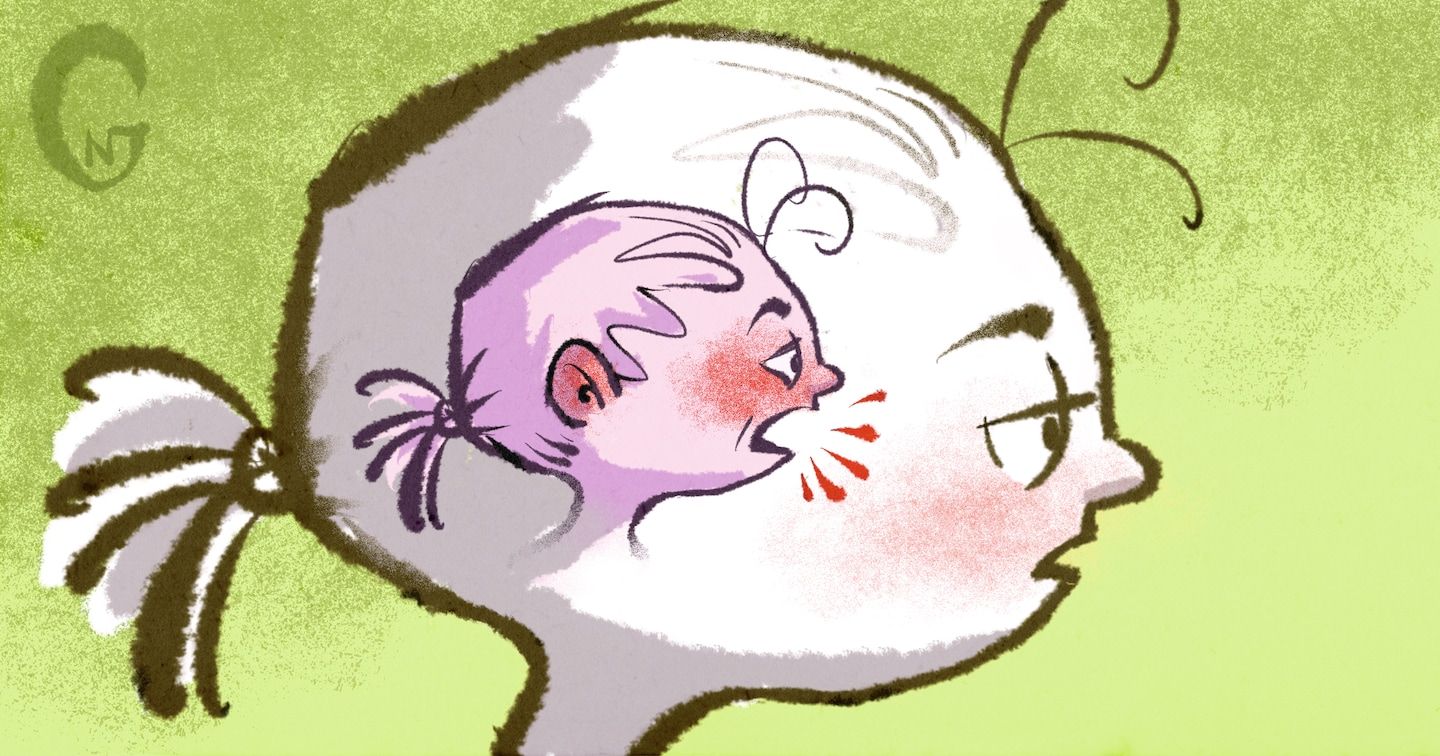 Hi, Carolyn: My calm, even-tempered husband has a somewhat strong personality and some strong opinions. (He became head of his family and breadwinner when he was 15, so it possibly developed then.) On many decisions, I often go along with him, because it’s easier and/or I really don’t care either way. If I really feel strongly about something, I will speak up, stand my ground and take responsibility for the decision. He is usually a little surprised but does listen and accept it.

In general, am I being submissive to him, or am I taking the path of least resistance because it is easier? I don’t think of myself as a submissive person, but maybe I am. Thank you for your thoughts.

Submissive?: If you’re feeling erased, then you’re over-submitting. Or if you dread the consequences of having a different opinion.

If instead you’re feeling relieved of the bulk of daily decision-making, and always confident that you’ll be heard when you want to be heard, then you’re in a partnership that works for your temperament.

The hinge between the two is, “I often go along with him because it is easier.” Do you prefer this version of “easier,” or do you want to choose a restaurant for once? Never getting your way because it’s exhausting to try is a problem, even if you don’t feel terribly put out by the outcome overall. There is a soul cost to knowing you will never get to choose a paint color in the nice house you are overall grateful to live in.

If that’s the case — even given his willingness to listen and accept when you take a stand — then do take the larger stand that you want more say in small things. You want that without always having to stand your ground, which gets exhausting quickly and leads to self-suppression.

It’s generally more productive to choose a time to speak up when nothing else is going on — i.e., not in response to just having been told what you’re doing for the weekend when you actually would have chosen something else, had you been asked. But if he’s nonreactive, that’s not as important.

So, breadwinner and head of household at 15? Sounds like significant trauma. As we’re coming to understand, those waves can rock boats for generations, and can swamp people in your role, too.

Dear Carolyn: My 80-year-old mother often comments (behind their backs) about other people’s weights. It’s tiresome, and I hate to think about her young grandchildren overhearing such judgments. In the past, I’ve tried saying things such as, “That’s not important,” or, “Would you want people to talk about you like that?” But both have been ineffective, and she is incredibly sensitive. The second one annoys and upsets her, and even elicits responses such as, “Well, I guess I cannot talk about anything then!” Suggestions?

Tired: To which you respond: “I’m sorry to hear that.” And move on to other topics, never indulging her sweet tooth for body-shaming.

Her upset is a sign that your approach is working, not that it’s ineffective. Please keep doing what you’re doing; your response is civil, appropriate and teaching the kids well. The only piece missing is for you to ignore her petulant outbursts. They’re not a bill you have to pay.