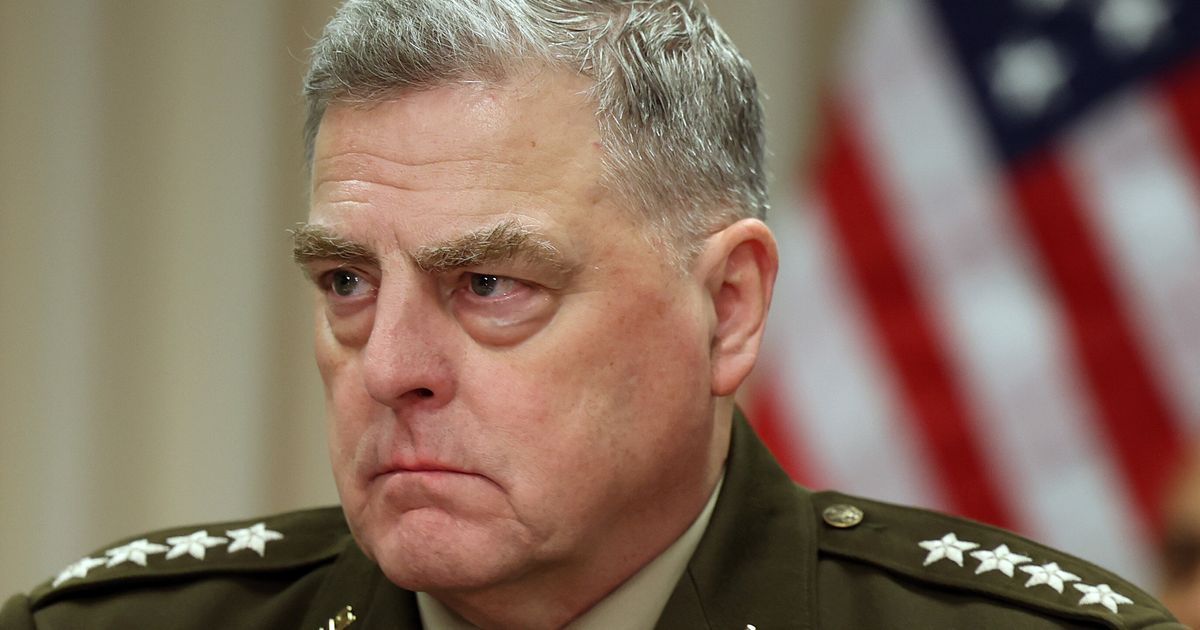 Gen. Mark Milley, the chairman of the Joint Chiefs of Staff, testified last year he agreed with House Speaker Nancy Pelosi (D-Calif.) that former President Donald Trump was “crazy” while he pledged that the country’s nuclear codes were safe during his tenure, according to transcripts of his testimony before lawmakers last year.

The transcript is part of a mass database of evidence released Sunday by the House select committee investigating the Jan. 6, 2021, attack at the U.S. Capitol. The documents include detailed accounts from witness interviews, emails between Trump attorneys and text messages from those working in the White House as the former president’s term ended.

The revelation that Milley agreed Trump was “crazy” was first reported in September in a book about his administration published by journalists Bob Woodward and Robert Costa. The transcripts, however, offer more detail about Milley’s thinking as Joint Chiefs chairman under Trump.

When pressed by the House select committee on Pelosi’s concern about Trump’s access to the nation’s nuclear weapons, Milley said he assured the speaker such codes were safe.

“It’s a very rigorous system,” Milley told the panel, adding he said similarly when speaking with Pelosi “to assure her that our nuclear systems and our strategic systems are very secure, that [it] is extraordinarily unlikely that you’re going to have an accidental, illegal or immoral launch of nuclear weapons.”

The panel went on to confirm that Pelosi said: “You know he’s crazy, don’t you,” and that Milley agreed with that assessment.

An extraordinary moment in American history. A speaker of the House asks the chairman of the joint chiefs if the nuclear codes are safe because she fears the president is crazy and liable to make a deadly decision to stay in power.

“A speaker of the House asks the chairman of the joint chiefs if the nuclear codes are safe because she fears the president is crazy and liable to make a deadly decision to stay in power,” he wrote on Monday. “So much of the Pelosi legacy, understandably, focuses on legislation. But her deep alarm about Trump in the final days, and the steps she took, from urgent call to Milley to pushing Pence to invoke 25th [Amendment], then moving to impeach, is a key part of it, too. She saw a system at risk.”