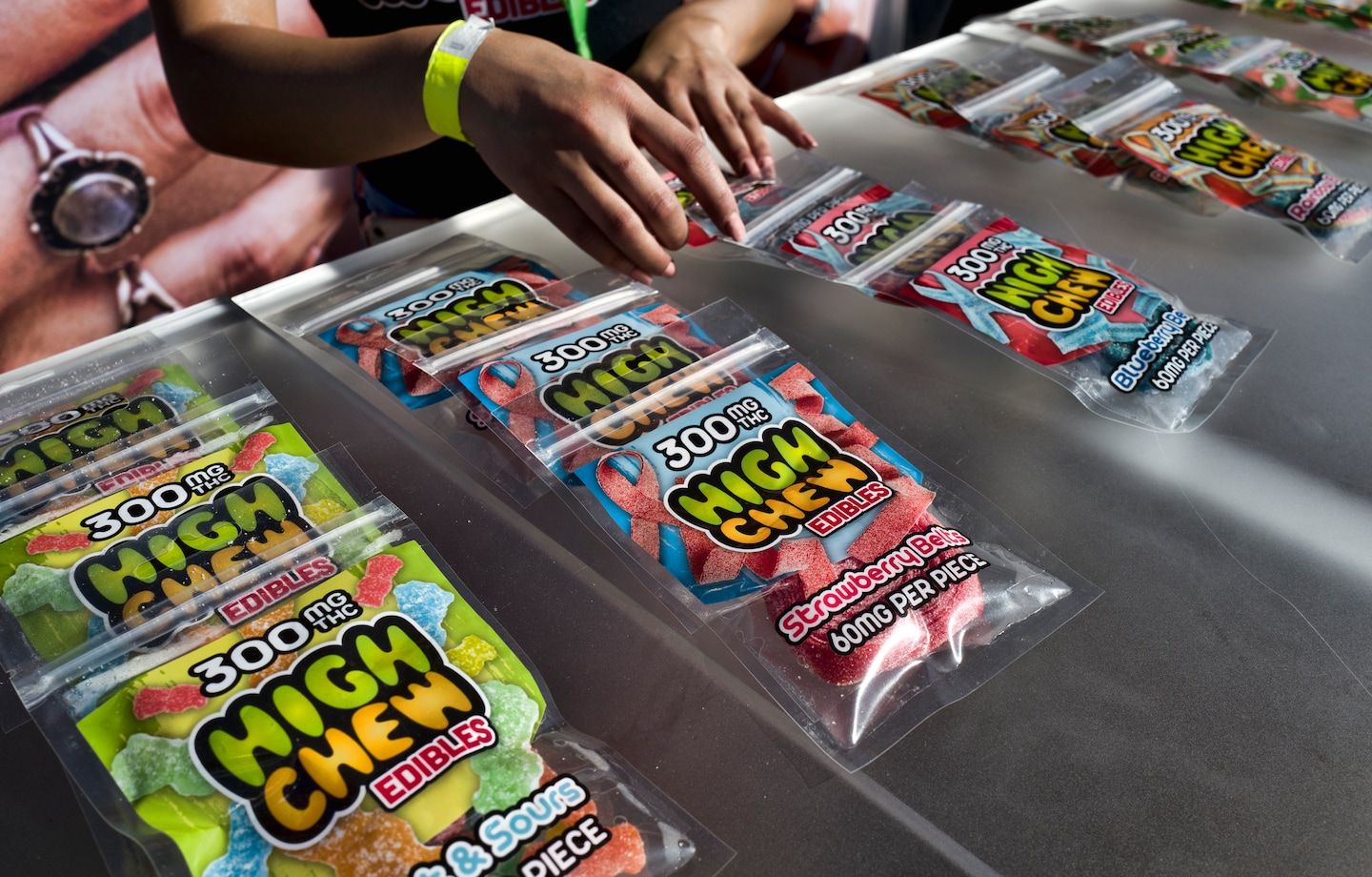 The number of incidents in which children under age 6 accidentally ate edible cannabis products rose to 3,054 in 2021, up from 207 in 2017 — a 1,375 percent increase, according to a study of national poison control data in the journal Pediatrics . The total number of cases over the five years was 7,043.

The cases are a small but quickly growing portion of the more than 850,000 annual poison exposures in this age group tracked by the National Poison Data System (NPDS). Several factors probably have contributed to the increase: Edible cannabis products come in child-appealing forms, such as colorful gummy candies or tasty desserts; are seldom contained in child-resistant packaging; and are increasingly available as more states legalize recreational marijuana.

The clinical toxicologist Varun Vohra said the Michigan Poison & Drug Information Center at Wayne State University School of Medicine, where he is the director, has experienced its own “pretty healthy increase in pediatric marijuana exposures, especially kids under five and mostly with edibles.” The numbers continue to rise: In 2021, the poison center had 211 cases of youngsters under 19 exposed to edibles (156 of them under age 5); through October of 2022, it already had 225 cases (164 under age 5).

The Poison Control Center at Children’s Hospital of Philadelphia, where the toxicologist Kevin Osterhoudt is the medical director, reported a fivefold increase in annual reported THC cases involving children under 6 from 2014 to 2019. In one case, a child was poisoned by a colorful crispy cereal treat that she had picked out at a neighborhood grocery store; the child’s caregiver had not noticed that it contained delta-8, a form of THC, derived from hemp.

“For doctors that worked from the year 2000 to the year 2015, it was pretty unusual to ever see children poisoned by cannabis edibles,” Osterhoudt said. “And in 2015, they starting to see these cases, and now they’re just becoming more common all the time.” Osterhoudt said he expects that national case count rose even more in 2022.

The study reported 2,209 exposures in 2020 among children under age 6. By comparison, according to 2020 records from the NPDS, other incidents featuring common household hazards included 10,743 cases involving single-use laundry detergent packets, 2,637 incidents with alcohol and 1,832 involving disc batteries.

The Pediatrics team used information from the NPDS, which is owned by the American Association of Poison Control Centers, for its research. The study captured only reported incidents, the researchers noted, adding that the numbers represented an underestimation of cannabis exposure in this age group.

Of the 7,043 reported exposures during the five years studied, 2,550 patients (36 percent) were treated at emergency departments and released. About 23 percent (1,600) were admitted to hospitals, with 573 going to critical care units and 1,027 to noncritical care units. The most frequent clinical effect observed, in almost half the cases, was central nervous system depression — which, Vohra said, can manifest as drowsiness, sleepiness, lethargy, uncoordinated movements, and, in rare cases, seizure activity. No cases were fatal.

“There used to be an old adage that you can’t overdose on marijuana,” Osterhoudt said. “But what we’re seeing, especially with young children, with these huge doses, is occasionally they don’t breathe very well.” In the Pediatrics report, 3 percent of cases included respiratory depression, and fewer than 1 percent of patients required ventilation. Almost 2 percent had seizures. “Those are pretty significant events,” Osterhoudt said.

The vast majority of exposures (98 percent) occurred in residential settings, and the number of exposures, as well as hospital admissions, rose during the pandemic years, perhaps because children spent more time at home and had more opportunity to get into their parents’ edibles. Two- and 3-year-olds accounted for 53 percent of the cases.

The amount of tetrahydrocannabinol (THC) in edible cannabis products can range widely. Unlike with prescription medication, there is little regulation, so dosages might not be precise. And unlike with smoked marijuana, it may be a couple of hours before the effects of ingested marijuana begin to manifest themselves.

Once a child has ingested an edible, “there’s no silver bullet or antidote that specifically reverses the pharmacological effects of THC,” Vohra said. A child will receive monitoring and supportive care — such as IV fluids or oxygen, if needed — as the drug is metabolized.

How long this takes will depend on factors including how much the child ingested and the potency of the THC content in the edible, according to Vohra. Most children who are hospitalized for ingesting edibles are typically treated and released within a day or two, he said.

If a child ingests THC, there is a constellation of symptoms that might alert a parent, Vohra said. “They seem intoxicated and sedated, essentially. They’re not behaving or communicating like themselves and they’re not responding or reacting to stimuli that they normally would respond to.” They could also be lethargic.

It is relatively rare, but if a child experiences severe symptoms, including loss of consciousness, difficulty breathing or seizure activity, parents should call 911 immediately, Vohra said. Otherwise, for cases with less-severe symptoms or if parents are concerned about potential exposure, they can call their local poison center at (800) 222-1222. In either case, they should attempt to convey to the medical professionals the dosage and/or amount of the edible their child consumed.

One important point, Vohra said: Never make your child vomit. This can create downstream problems such as increasing the risk of aspiration and infection.

In the Pediatrics study, researchers noted that no national laws govern how cannabis products are packaged, and they urged that cannabis products be placed in opaque, child-resistant packaging with simple labels. They recommended that packaging also include a warning and the number of the national poison center phone number.

The researchers also called for regulating the maximum amount of THC in a dose and the maximum number of doses in a package. Some states have done so, Osterhoudt said. “It is pretty common to say that there can’t be any more than five, 10 milligrams in a dose or 100 milligrams in a package.” Unregulated products, however, can have much higher levels of THC, Osterhoudt said. “It is not uncommon to find a single gummy worm that might have a 100 milligrams of THC in it.”

Osterhoudt said parents should think about cannabis edibles the same way they think about medication. “They should try not to eat them or use them in front of their children, because their children will mimic the behaviors. They want to store them in a secure place that’s out of sight and out of reach of children.”

And he added that family members need to let the other adults in their households know when they bring THC edibles home in candy form so that those other adults do not inadvertently give the product to children.