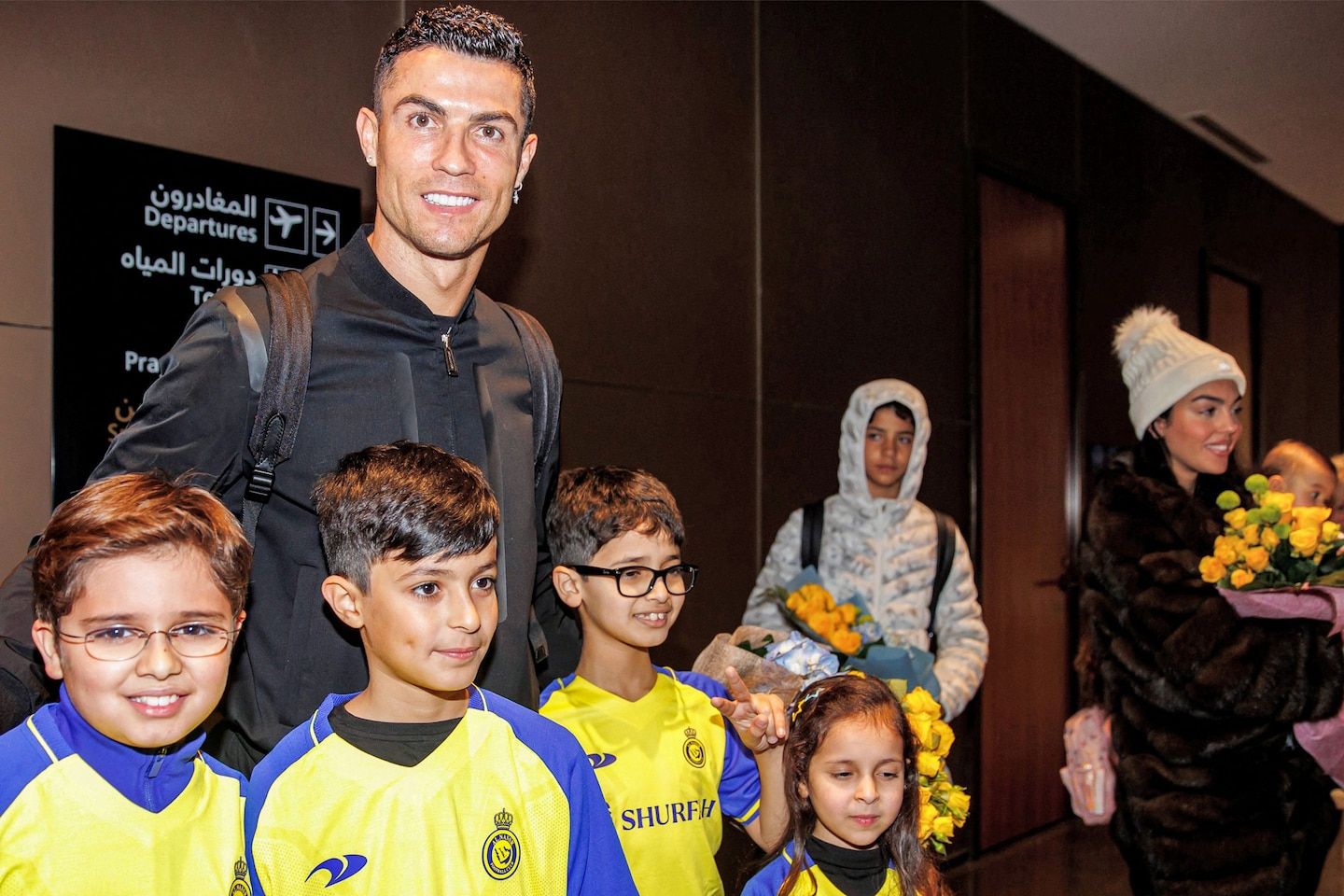 Soccer superstar Cristiano Ronaldo sent shock waves across the sporting world last month by announcing he would be leaving European soccer after his stint at the renowned Manchester United club for the little-known Al-Nassr team in Saudi Arabia.

On Tuesday, Ronaldo, known to his fans as “CR7” for his initials and jersey number, will arrive at his new club in Riyadh for an official introduction in a packed stadium.

The player is to be formally presented to fans at the club’s home ground, Mrsool Park, which has a capacity of 25,000, at 7 p.m. local time (11 a.m. Eastern) on Tuesday, the club said. Tickets cost around $4, with proceeds going to a charity, it added. Spectators may see Ronaldo don the club’s yellow and blue uniform and pose for photographs; new players also sometimes exhibit their soccer tricks and skills during such events.

Posting on his Instagram account late Monday, the Portuguese star shared a short video of himself on a private jet telling his fans: “Hi, guys, see you soon!”

Images later showed him and his family arriving at a Riyadh airport and being greeted with flowers from fans.

The Portuguese forward said in a statement that he was “excited to experience a new football league in a different country.” He added: “I am fortunate that I have won everything I set out to win in European football and feel now that this is the right moment to share my experience in Asia.”

Now 37 and nearing the end of his career, Ronaldo will play for the Saudi club until 2025, Al-Nassr said. It did not disclose financial details, but media reports said his contract would pay about $75 million a year, making him one of the highest-paid soccer players in history.

The world’s top soccer players often spend their twilight years in the game outside Europe, usually opting for the United States or China. The Saudi club is coached by Rudi Garcia of France, and Ronaldo will join other notable players from Brazil, Colombia and Cameroon on the team.

During his storied career, Ronaldo has won the Ballon d’Or award five times as the men’s soccer player of the year, and, in Qatar, he cemented his legacy by becoming the first man to score in five World Cup tournaments.

He has played in Europe’s top leagues, for Spain’s Real Madrid and Italy’s Juventus, as well as two stints at Manchester United. However, the mercurial player left the northern England club acrimoniously in November, becoming a free agent, shortly after blasting its American owners and its manager in an interview with the British journalist Piers Morgan.

Thousands gather in Brazil to say a final goodbye to Pelé, soccer’s ‘king’

Ronaldo, already the most followed individual on Instagram, has lent some of his star power to the Saudi club. Its online following shot from about 860,000 to over 7.4 million on Tuesday, days after it announced his signing.

It is unclear when Ronaldo will play his first match for Al-Nassr, but the team has games scheduled for Thursday and Jan. 14.