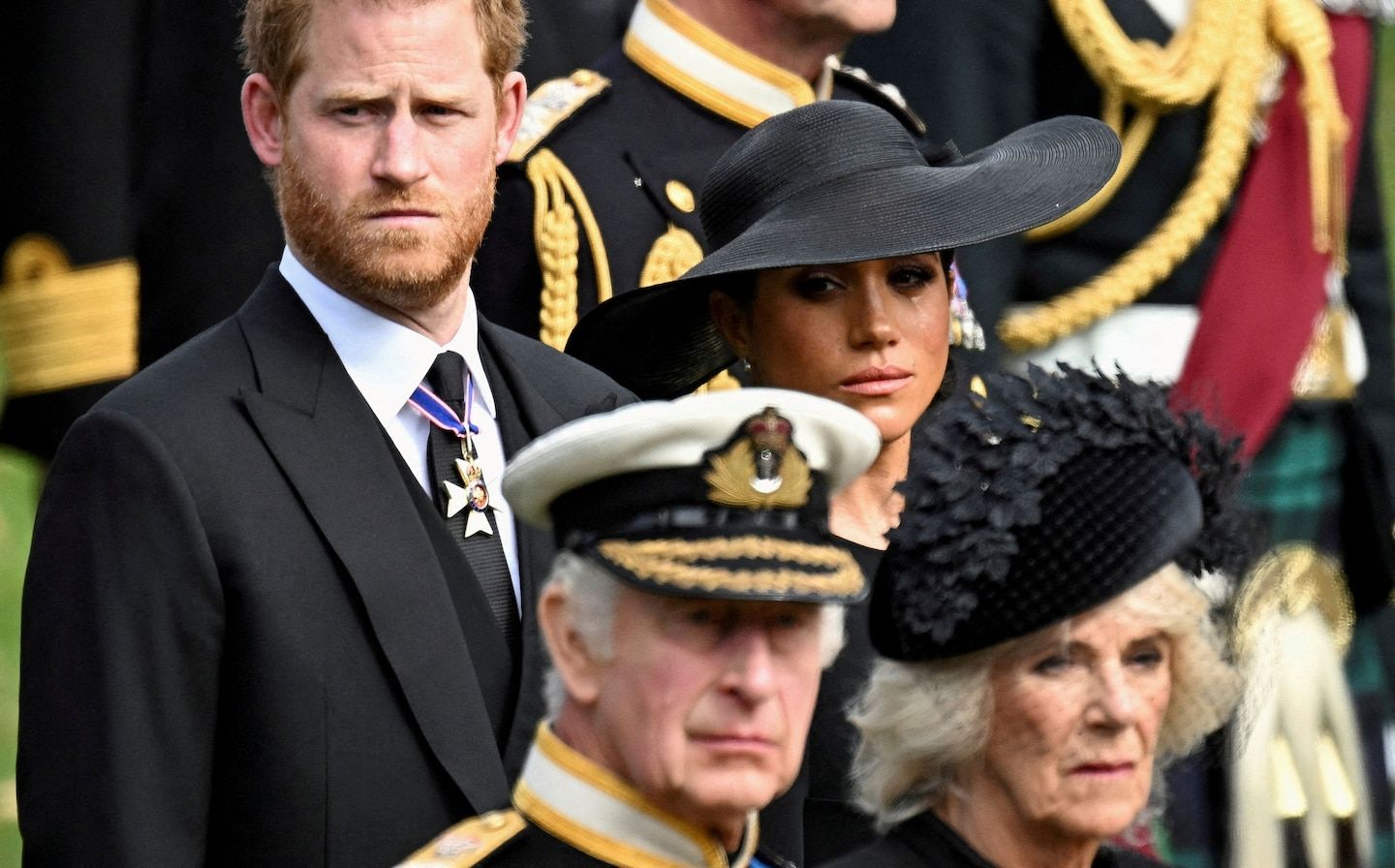 Betrayal, loss and reconciliation: Prince Harry’s revelations into the breakdown of relations between him and the British royal family will continue in two upcoming media interviews with ITV in Britain and CBS News.

“I would like to get my father back, I would like to have my brother back,” he said in the trailer of an interview with ITV’s Tom Bradby, which is due to be broadcast Sunday, two days ahead of the release of “Spare,” Harry’s new memoir.

In an interview with Anderson Cooper on CBS’s “60 Minutes,” also airing Sunday, Harry attacked Buckingham Palace for what he said were negative media leaks against him and his wife, Meghan, Duchess of Sussex. He holds the royal family responsible for the bitter feud being played out in the public glare.

The new comments come on the heels of “Harry and Meghan,” a Netflix documentary released in December which took aim at Buckingham Palace, including allegations against Harry’s father King Charles III and brother Prince William, the heir to the throne. Charles is due to be coronated king in May in a ceremony at Westminster Abbey.

While the trailer excerpts suggest Harry’s desire for reconciliation, his remarks imply that family relations may be at a point of no return.

“Can you see a day when you would return as a full-time member of the Royal Family?” Cooper asked Harry in a short extract posted by CBS News.

Harry and Meghan have criticized the royal family for not supporting the couple and allegedly sabotaging them with media plants. The couple have aired their grievances to millions of viewers across the world — from an interview with Oprah Winfrey to their Netflix show.

Buckingham Palace did not immediately respond to a request for comment.

Some critics are skeptical whether the upcoming interviews will offer new insight.

Daniela Relph, the BBC’s Royal correspondent, wrote that the themes of the interviews are “largely what we’ve heard,” and so far, the story has been “from the perspective of Harry and Meghan.”

“With no comment from Buckingham Palace, it is difficult to present another side of the story,” she wrote.

The family last appeared together at the funeral of Queen Elizabeth II in September, sparking speculation over a possible rapprochement. King Charles III noted the couple in his first national address. “I want also to express my love for Harry and Meghan as they continue to build their lives overseas,” he said in a speech.

But the tone of Harry’s interviews suggest otherwise.

“They have shown absolutely no willingness to reconcile,” Harry said in the ITV interview, which was filmed in California, where the couple live with their two children. “They feel as though it is better to keep us somehow as the villains,” he added.

On 60 Minutes, Cooper questioned Harry over the couple’s decision to go public on their differences with Buckingham Palace.

“Every single time I’ve tried to do it privately, there have been briefings and leakings and planting of stories against me and my wife,” Harry replied.

There comes a point when “silence becomes betrayal,” he added.

The interviews are expected to generate publicity for Harry’s memoir “Spare,” which is scheduled to release on Jan. 10. Its publisher, Penguin Random House, says it is a “landmark publication” written with “raw unflinching honesty.”