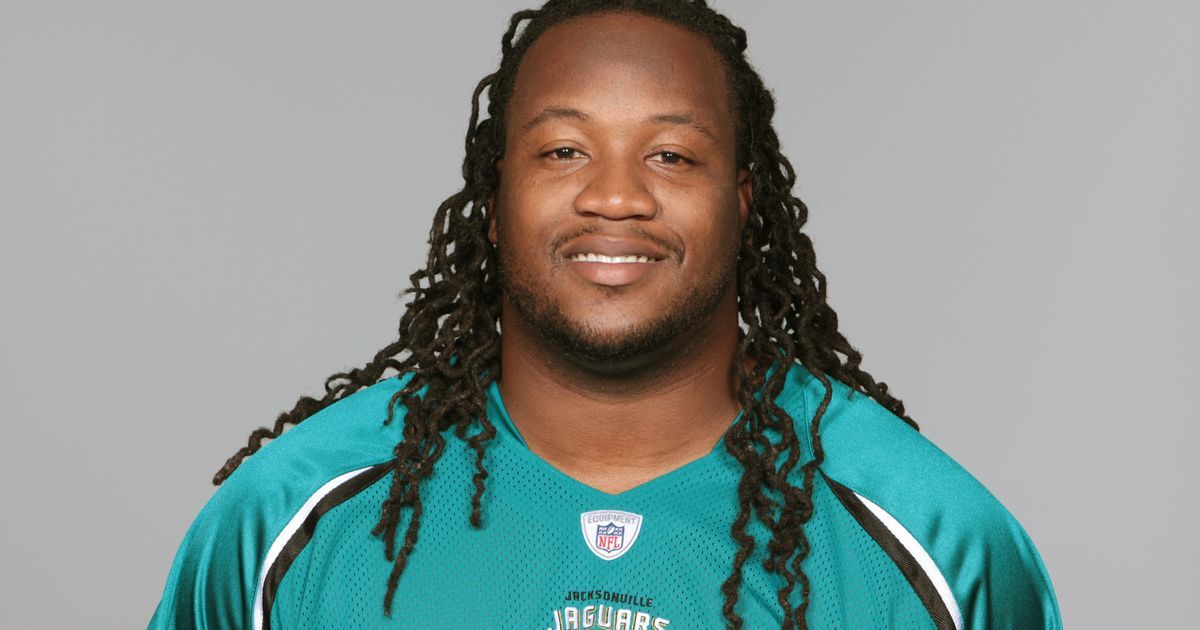 Uche Nwaneri, a former offensive guard for the Jacksonville Jaguars, has died. He was 38.

Nwaneri had reportedly driven from Georgia to see his wife for New Year’s Eve — but collapsed early Friday. Costello said Nwaneri’s wife found him unresponsive in one of the bedrooms around 1 a.m. Friday and called 911.

An autopsy Monday showed no signs of foul play and suggested Nwaneri died of a heart attack, though his toxicology results are pending.

He “played 7 seasons with the @Jaguars, 2007-2013, and forged a strong bond with the Jags fans that’s remained to this day,” tweeted Jaguars owner Tony Khan. “On behalf of the Jaguars organization and my family, our thoughts are with Uche’s family + friends at this terrible time.”

Rest In Peace, Uche Nwaneri. @Chukwu77 played 7 seasons with the @Jaguars, 2007-2013, and forged a strong bond with the Jags fans that’s remained to this day.
On behalf of the Jaguars organization and my family, our thoughts are with Uche’s family + friends at this terrible time.

Nwaneri’s parents moved to the U.S. from Nigeria in 1973, per People. They named him Uchechukwu, which means “God’s wish” in their native language, when he was born in Dallas in 1984. Nwaneri joined the Boilermakers football team at Purdue University in West Lafayette in 2003.

He was suspended for the 2005 fall semester after breaking his teammate Ryan Noblet’s jaw in a fight at practice in July 2005. Nwaneri returned to the team in the spring of 2006 and concluded his Boilermaker run with a final season — after which the NFL came calling.

Selected by the Jaguars in the fifth round of the 2007 NFL draft, Nwaneri played with the team for 104 games and had 92 starts, according to NBC Sports. He was released after the 2013 season and joined the Dallas Cowboys in 2014, but was ultimately cut within months.

Nwaneri forged ahead with a popular YouTube channel, “The Observant Lineman,” which has more than 35,000 subscribers. He and other former football players would regularly discuss recent games and punt arguments back and forth in the videos.

Many former teammates and journalists shared condolences about Nwaneri’s death, including Boilermakers teammate Noblet, who told the Journal & Courier, “I am sorry to hear of his passing,”

“Uche was a great person,” Jordan Woy, his former agent, told Fan Nation. “He was a very interesting person and had deep, valued and informative thoughts on sports, politics and life.”

Others shared their reactions on social media:

#Jaguars fans will be sad to hear passing of former G Uche Nwaneri at 38, collapsing from a possible heart attack in wife’s home in West Lafayette. Uch was one of the coolest cats to ever occupy that locker room. Opinionated and so loveable. What a tragedy to be taken so young.

Very sad to hear about the passing of Uche Nwaneri. Tough, smart, hard-nosed player for the Jags. Very well-liked. Gone way too soon. May he Rest In Peace.