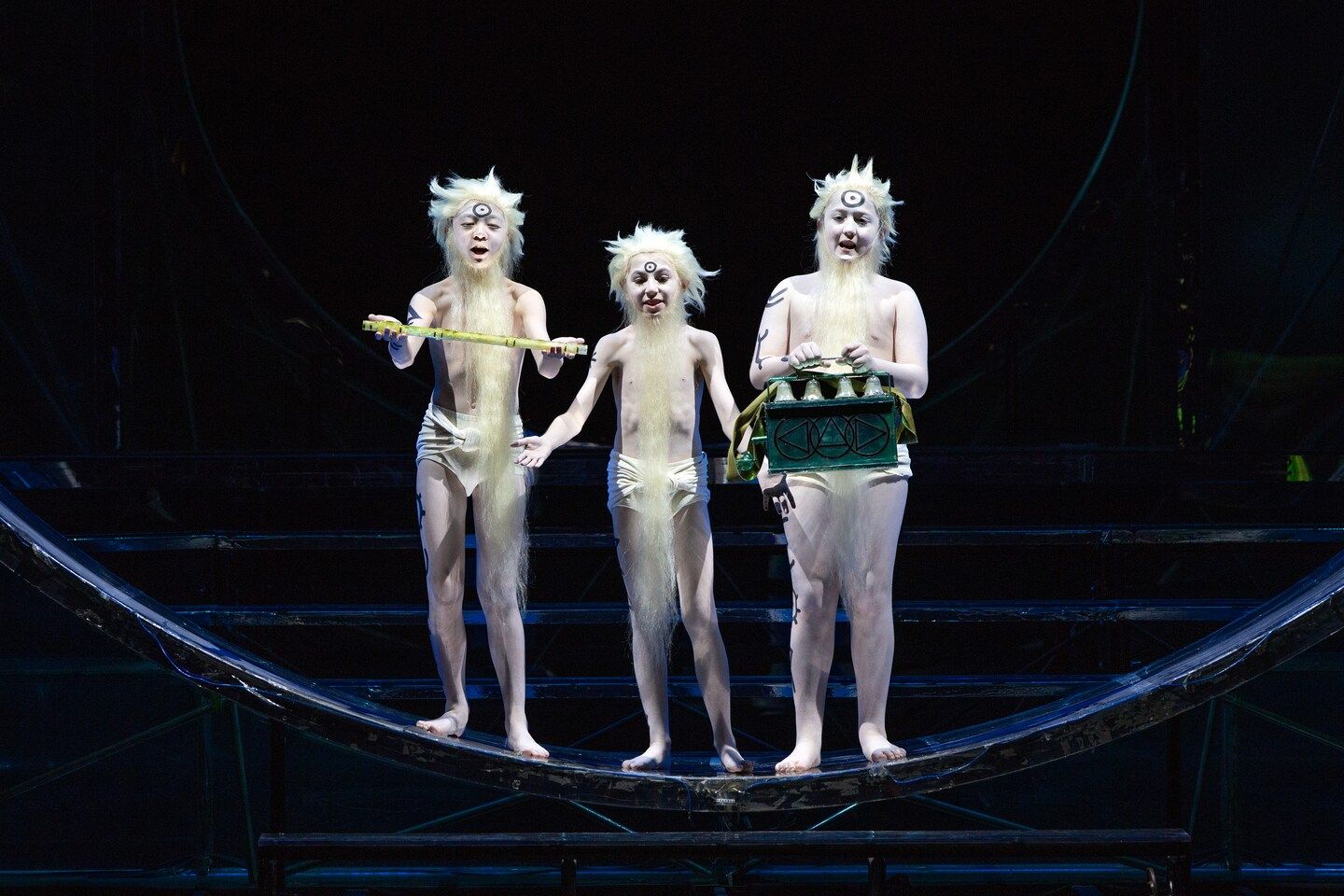 On a recent windy Sunday afternoon, bundled-up kids and their families started arriving at the Metropolitan Opera House in New York City. They walked across red carpeted floors and filled paper cones with water from fancy brass water fountains. They took their seats in the theater underneath chandeliers shaped like stars.

Meanwhile, behind the scenes, the cast of Mozart’s fairy tale opera “The Magic Flute” was getting ready for the afternoon’s performance, including three boys who play spirits in the show. They are members of the opera’s children’s chorus who auditioned for the roles, the only ones played by kids.

About an hour before the performance starts, Michael J. Yi and Henry Baker Schiff, both 12, and 14-year-old Julian Knopf file into a backstage rehearsal room with mirrors on one wall and a grand piano. Anthony Piccolo, the director of the children’s chorus, is waiting to help them warm up.

“Without a warm-up, our voice can maybe crack or go out of tune, and we also do some body warm-ups, so we don’t get tight in our back and neck and jaw muscles,” Michael says.

Adds Julian: “We go over the pieces, which is incredibly important for getting the feel for them each night and seeing how your voice is doing that day.” The boys sing three pieces. (Mozart wrote the opera in German, but this production is sung in English.) In one piece, the boys are suspended above the stage. Another has them standing. And in a third, they sit on dancers’ shoulders.

After the warm-up, the boys have a few minutes of free time, which they like to spend talking to one another. Then it’s time to get in costume. Other performers have elaborate costumes made from feathers and metal and nylon rods. But the spirits wear white linen loincloths they call diapers. The real work of changing them into character comes from the hair and makeup team.

First, the boys are painted white from head to toe with water-based makeup that’s easy to wash off, according to head of wigs and makeup Tera Willis. This is put on with giant soft sea sponges. Afterward, symbols such as eyes and compasses are painted on foreheads, arms and legs. “That part tickles,” Michael says.

Beards go on next, and they’re the longest in the Met’s wig shop. They’re made of yak hair, and they’re itchy, too.

“But you have to let it sit on your chin, and you can’t really pull it down, because there’s a strap that goes from the beard around your head, and it’s also pinned into your wig,” says Henry, who tries not to think about the itchiness. Michael says the wranglers who help the kids backstage have told him to tap-tap-tap his face instead of scratching.

The wigs are white yak hair mohawks that get sprayed with special glue to help them keep their shape. After a performance, “we put our wigs to bed properly, so they’re set for the next show,” Willis says. “Otherwise, they might wake up looking crazy.”

When the boys are all decked out, “it’s weird, because you look in the mirror, and you see someone the height of a young boy with a long floor-length beard and spiky hair who’s completely ghostly white with a bunch of symbols on your arm,” Henry says. “I see me in there, but like it’s also not me.”

“You can see you’re not your normal self,” Michael says. “You’re about to perform in front of thousands of people, so you get this really nice feeling.”

A reminder from the KidsPost team: Our stories are geared to 7- to 13-year-olds. We welcome discussion from readers of all ages, but please follow our community rules and make comments appropriate for that age group.