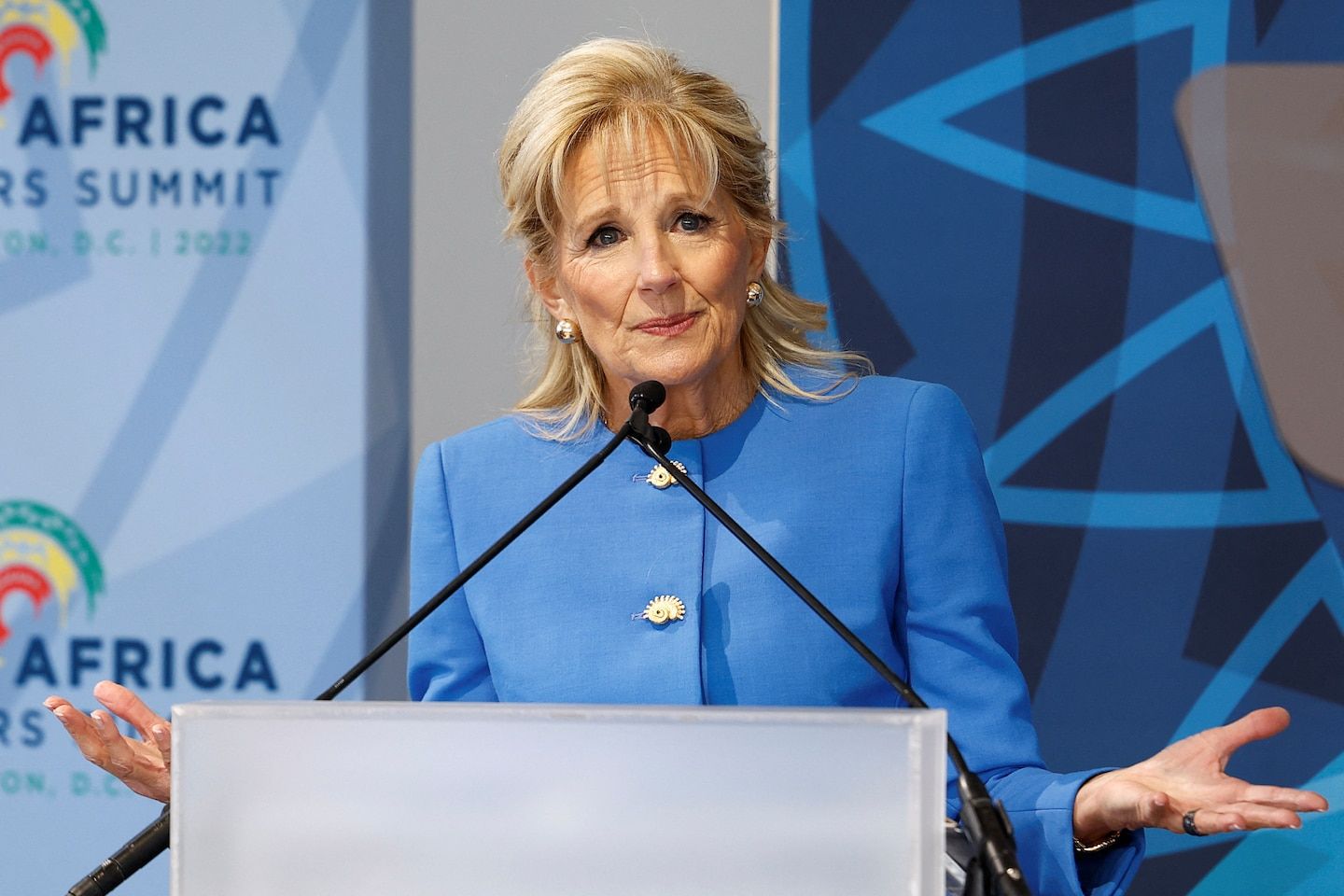 First lady Jill Biden was in the middle of a routine skin cancer screening when her doctor found a small and potentially worrying lesion above her right eye, her press secretary Vanessa Valdivia announced Wednesday via Twitter.

“In an abundance of caution, doctors have recommended that it be removed,” Dr. Kevin O’Connor, physician to the president, wrote in a memorandum that Valdivia released with her Tweet. The first lady’s excision will take place next Wednesday, Jan. 11, at Walter Reed National Military Medical Center.

Biden’s course of care is “a common outpatient procedure known as Mohs surgery to remove and definitively examine the tissue,” O’Connor wrote in his memo. According to the Mayo Clinic, the procedure is also known as Mohs micrographic surgery and involves injecting local anesthesia plus cutting away thin layers of the potentially cancerous lesion without damaging the healthy skin around it.

The White House would not say whether President Biden would accompany the first lady to her medical procedure, but he has been known to clear his schedule to be by her side each time she goes to the hospital, and did so twice in 2021.

In July of that year, the president joined her at Walter Reed when she underwent surgery to remove a sharp object that had become lodged in her left foot while walking on the beach in Oahu, Hawaii. Biden had incurred her puncture wound during a whirlwind trip to the summer Olympics in Japan, which included stops in Anchorage, Alaska, on the way there and visits to both a Hawaiian coronavirus vaccination clinic and a barbecue with military members on the way back.

The president had finished meeting with lawmakers about immigration before flying to the hospital in Marine One to join the first lady. “I’m late for a very important date,” he’d joked to reporters at the time.

In April 2021, he went with the first lady to another outpatient medical procedure. He was also, famously, waiting in a dentist’s office as she got a root canal in 2008 when Barack Obama called to ask Biden to be his running mate.

The president’s tradition of going with family members to medical procedures dates back to 1972, when he lost his first wife, Neilia Biden, and his 1-year-old daughter, Naomi, in a car crash shortly after being elected to the Senate for the first time. Both of his toddler sons, Beau and Hunter Biden, were badly injured in the crash and he refused to leave the hospital. He was sworn into office from their bedsides.

In her speeches about the administration’s Cancer Moonshot program — which aims to reduce the country’s cancer death rate by 50 percent over the next 25 years — Jill Biden often talks about the time in her early 40s when four of her friends were diagnosed with breast cancer in a single year. Three of them survived, but Biden had to watch her friend Winnie fade away in hospice care. She went home that afternoon and told her husband, then a senator, that she would be a lifelong activist fighting cancer, Biden wrote in her memoir, When the Light Enters.

Almost eight years ago, she and the president lost their son Beau Biden to glioblastoma, an aggressive brain tumor, when he was 46. The first lady wrote in her memoir that Beau’s death had so shaken her that she lost her faith in God. In October 2021, she traveled 500 miles to South Carolina to pay a surprise visit to Robin Jackson, a pastor’s wife whom she credits with helping her regain her faith.

The first lady also lost her mother, Bonny Jean Jacobs, to lymphoma during the 2008 Democratic presidential primary, when her husband lost to Obama.

“It’s not just patients; cancer changes everyone it touches,” the first lady said at the White House when launching the Cancer Moonshot program. “And in some ways, it touches us all. For Joe and me, it has stolen our joy. It left us broken in our grief. But through that pain, we found purpose, strengthening our fortitude for this fight to end cancer as we know it.”