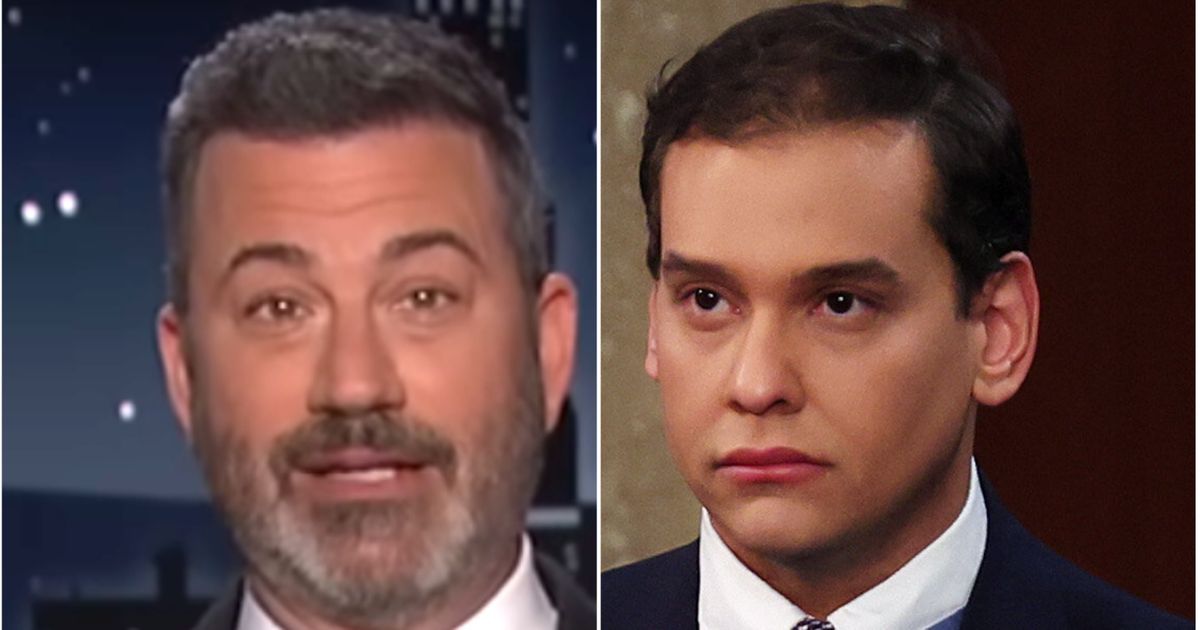 Newly-elected Rep. George Santos’ (R-N.Y.) lies came back to haunt him once again on Tuesday as Jimmy Kimmel returned to the air following the holidays.

Santos had “basically catfished an entire congressional district” with his falsified life story, Kimmel cracked during a lengthy roast of the freshman congressman.

Kimmel noted how Santos, who has previously hailed fellow liar Donald Trump as his inspiration, appeared to be shunned by his GOP colleagues on his first day in Congress.

“Imagine being so toxic, not even Matt Gaetz wants to sit next to you,” the late―night host joked.

He then dug up an old tweet from Santos attacking President Joe Biden which has not aged well.