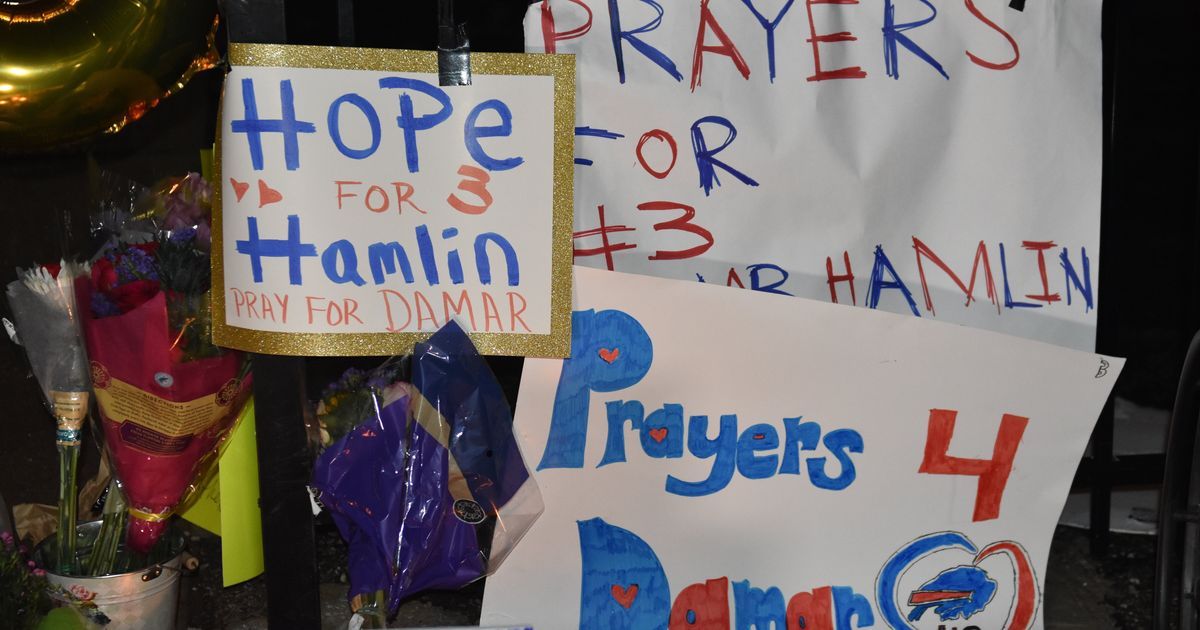 A representative for Buffalo Bills safety Damar Hamlin says the athlete’s recovery is heading in a “positive direction” after he experienced cardiac arrest on the field during Monday’s game against the Cincinnati Bengals.

The NFL released a statement on Wednesday, revealing that Hamlin was still in the ICU in critical condition but has been exhibiting signs of improvement. Rooney said he was unable to speak on the specifics of Hamlin’s recovery and current state at his family’s request, but that “things are moving in the right direction.”

Since Hamlin’s collapse and cardiac arrest during the first quarter of Monday’s game, football players and fans worldwide have rallied around him — including President Joe Biden, who spoke to Hamlin’s parents on the phone Wednesday afternoon, The New York Times reported.

Monday’s game halted as medical personnel rushed onto the field and performed life-saving measures, including CPR, on Hamlin, and players formed a circle around them. As fans witnessed the dire situation, the NFL officially canceled and postponed the game at 10:01 p.m. — nearly half an hour after Hamlin left the stadium in an ambulance and an hour after he initially collapsed.

Many people criticized the NFL for waiting so long to cancel the game. Some others, including Fox Sports’ Skip Bayless, appeared to suggest that the game was too important to cancel. (Bayless later said his tweet was misinterpreted.)

On Wednesday, NFL leadership called any suggestion to continue the game “insensitive.”

“That suggestion was inappropriate, insensitive, and frankly, it lacked empathy and compassion for Damar’s situation, who is still … fighting for his life to this day,” NFL Executive Vice President of Football Operations Troy Vincent said in a press conference on Wednesday. “The only thing that mattered to myself, the team here, the folks in the stadium, the coaches, was the health and wellness of Damar […] We just couldn’t play.”

It’s unclear when the Bills’ game against the Bengals will be rescheduled.

The NFL said on Tuesday afternoon that it would announce a rescheduled date, but that it would not be this week. NFL spokesperson Jeff Miller followed up on Wednesday by saying that any updates on when the game will resume will be left up to the Bills.