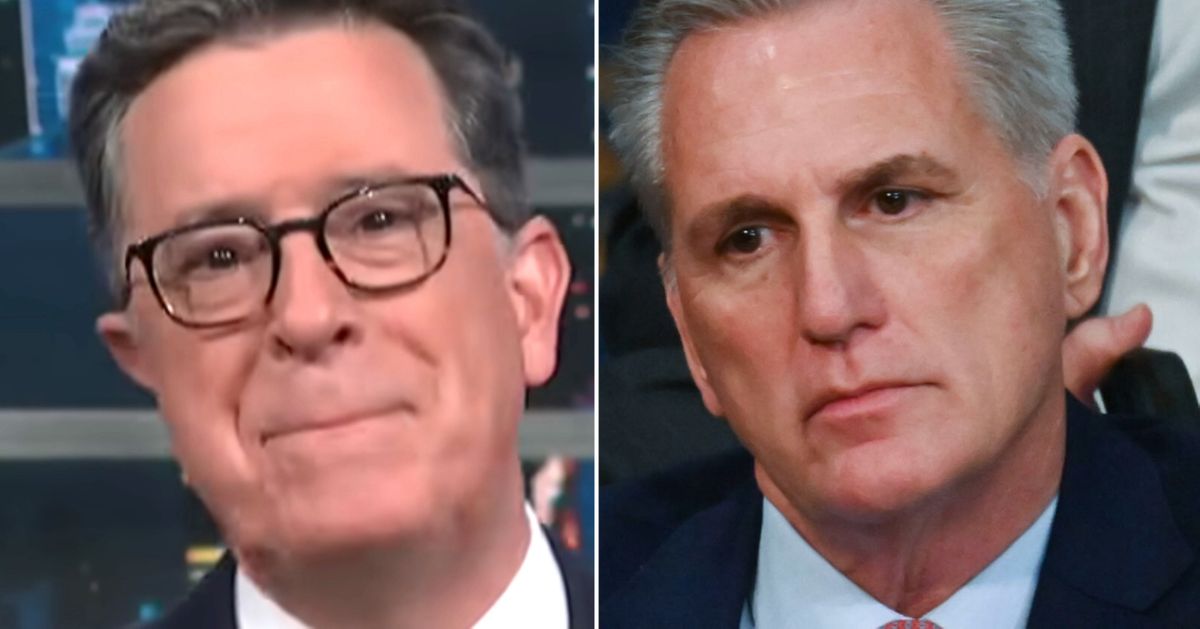 Colbert claimed during his first show back after the holidays that he’d vowed to drink less and “not gloat when bad things happen” to Rep. Kevin McCarthy (R-Calif.) in 2023.

He then took a long swing of bourbon and dissected the “day of pure, uncut, Peruvian blue-flake schadenfreude, watching the GOP stab each other in the throat” as a group of right-wing House Republicans joined Democrats to block McCarthy from getting the speaker’s gavel, temporarily at least.

“Reportedly, interns in his office are already expected to call him ‘Mr. Speaker,’ and this weekend, staffers were seen moving his boxes into the speaker’s office,” noted Colbert. “I wouldn’t be in a big hurry to unpack. He may not be great at counting votes, but he’s good at counting chickens before they hatch.”