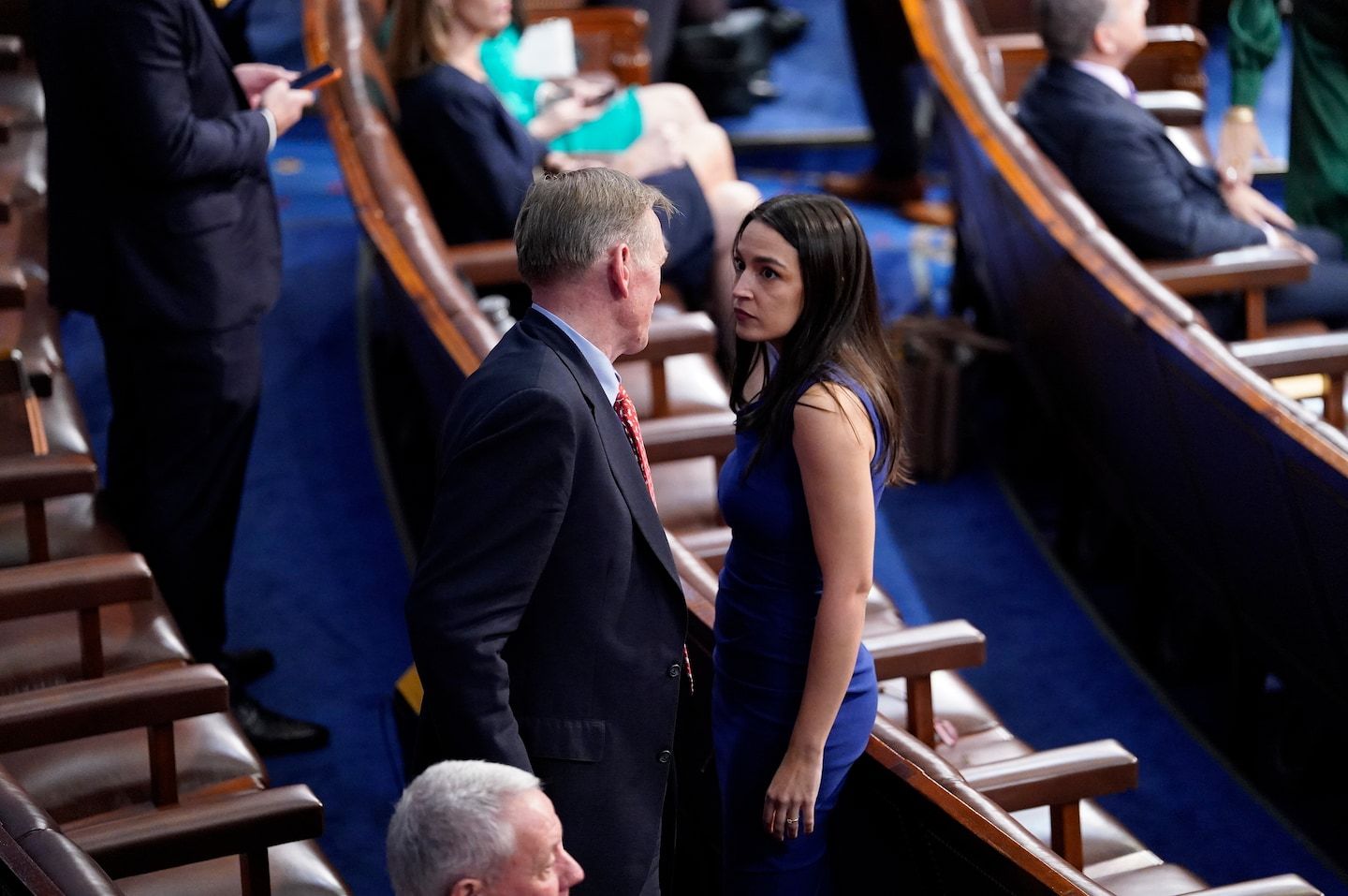 Our representatives-elect were hamstrung in governance, stuck in legislative limbo as of dusk Thursday, but the fight to become the next speaker of the House — whoever that is — makes for compelling and mesmerizing television. For three vote-thronged days, Americans have been treated to how the scrapple is made.

Or, in this case, not. Lights! Cameras! Inaction!

Instead of the traditional camera seemingly bolted to the floor and stuck on some pooh-bah doing Hamlet to a near-vacant chamber, we were treated to a panorama of views of the House in all its befuddling glory.

Zooms and tracking shots! Close-ups and wide shots! Lookie, it’s the House voting board lit up like a holiday tableau! Up there, actual reporters in the balcony press gallery!

“It’s always a lot of fun when we have our own cameras in there,” C-SPAN’s Peter Slen informed viewers Thursday. They have three, as well as an overhead “God’s view” camera that belongs to the House recording studio, and got permission in advance to take in the bigger picture.

It was the people’s House on full display for the people. Jon Stewart tweeted Wednesday, “This is the best season of cspan…ever.” He was not wrong. Even after viewers learned early in the process that McCarthy had not secured the votes to become speaker in vote after vote after vote after vote — we knew because our new favorite channel kindly informed us — it was nigh impossible not to keep watching.

Comedian Patton Oswalt tweeted Wednesday, “Watching CSPAN right now is basically Shudder with gavels.” He was not wrong, either. It was raucous, unscripted and surprising yet spectacularly inert and predictable all at the same time.

On Wednesday, Democrat Cori Bush called out Republicans for nominating Black Republican Byron Donalds as a “prop.” On Thursday, when Republican Dan Bishop rose to emotionally excoriate her without using her name, viewers were treated to an immediate reaction shot of Bush, who appeared to be chortling.

Liberating the cameras makes all the difference in the House on the Hill. We watched serial fabulist George Santos portray Charlie Brown in the back row. And, alas, he was caught on camera with his index finger excavating a nostril.

George Santos had an awkward first day at the office

When else will we watch, incredulously, far-right firebrand Paul A. Gosar gab with liberal icon Alexandria Ocasio-Cortez, the former censured two years ago for posting an animated video of him killing her? Or catch a member surreptitiously vaping inside the House? Or see which politicians, in a chamber-full of camera hogs, preen and parade the most? Wherever the camera looked, there was Marjorie Taylor Greene, even sitting with Santos Thursday.

What is the House of reps.-elect but a high school filled with recovering debate club presidents? The endless succession of votes gave us an unfiltered view, and so many varying angles, of that august chamber stuck in a legislative rendition of “Groundhog Day.”

Perhaps it was a case of magical thinking, but we kept tuning in — okay, some of us rarely tuned out — to see if the script would change. It was tweaked. There were slight additions. On Thursday, Matt Gaetz dramatically rose to cast his vote for “Donald John Trump” during the seventh vote. And, yet again, for the eighth. (But, then again, not on the ninth when he cast his vote for rep.-elect Kevin Hern.) Or Lauren Boebert, prior to the ninth vote, when she changed her vote for speaker again (to Hern), saying “this is actually a beautiful thing.”

The three-day drama has played like extended theater of humiliation for McCarthy, akin to a series scripted by Mike White or a witless role portrayed by Steve Carell. McCarthy seemed like a groom left at the altar, as rep.-elect after rep.-elect rose to wax poetic in their rehearsal-dinner nominations only for the California Republican to meet the same fate. Always a speaker nominee, never a speaker. At least as of Thursday evening.

House clerk Cheryl Johnson graciously and patiently officiated over a large, often unruly classroom like “Abbott Elementary’s” Barbara Howard (Sheryl Lee Ralph). Whatever Johnson is being paid, it is surely not enough.

Does the House even exist right now?

On Wednesday night, reps.-elect raced into the chamber at the 14th minute to vote for adjournment, one of them still wearing her puffer coat. Were they too busy working out in the House gym or pounding beers at Hawk ’n’ Dove to do the one task they have before them?

Then viewers were treated to yet another rare sight in the House: The lights went out, as fitting a visual metaphor as any.

Free the House cameras! Give C-SPAN an Emmy. No, give it one for every single vote.

However many that ends up being.