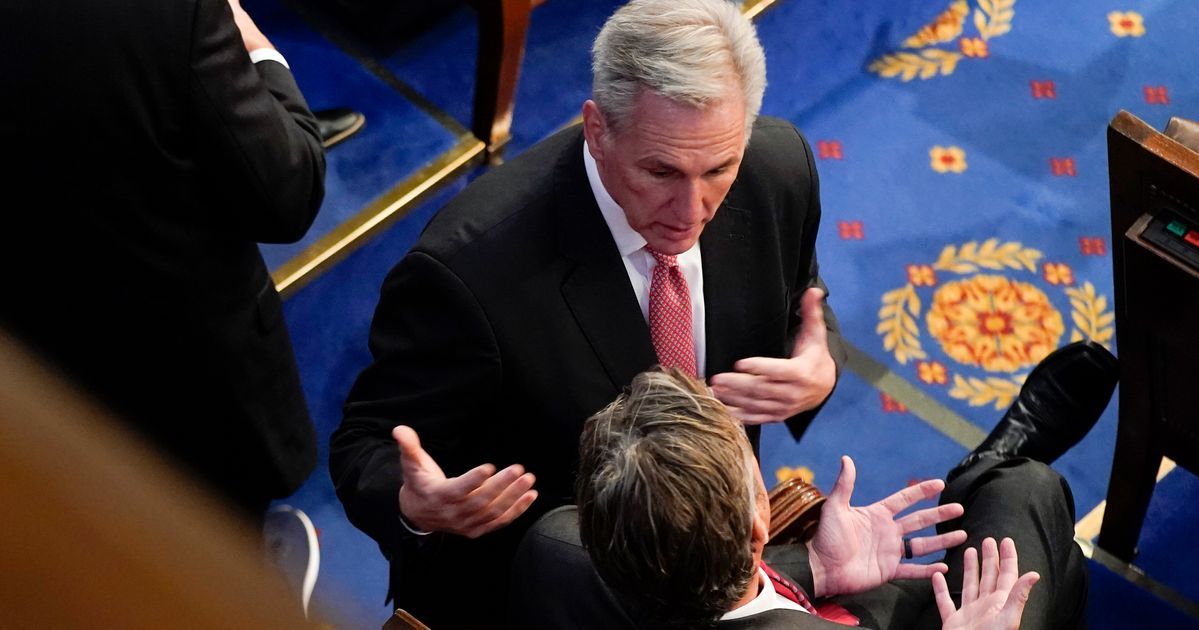 Incoming members of Congress and intelligence experts have warned that the delay over electing a House speaker could put national security at risk and raise concerns among U.S. allies.

“The Biden administration is going unchecked and there is no oversight of the White House, State Department, Department of Defense, or the intelligence community,” Reps. Mike Turner (R-Ohio), Mike Rogers (R-Ala.) and Michael McCaul (R-Texas) — the presumptive chairs of the House committees on Intelligence, Armed Services and Foreign Affairs, respectively ― said Thursday in a joint statement. “We cannot let personal politics place the safety and security of the United States at risk.”

They also said they “strongly support” Rep. Kevin McCarthy (R-Calif.) for House speaker. McCarthy has been the House Republican leader, but the 2022 midterm elections tipped control of the House from the Democrats to the GOP.

As of Thursday afternoon, a group of hard-line Republicans had kept McCarthy from being elected speaker 10 times over the course of three days. Because lawmakers cannot be sworn in until a speaker is elected, committees cannot begin their work.

Rep. Mike Gallagher (R-Wis.) said he was not allowed to enter a meeting with the chairman of the Joint Chiefs of Staff because he was informed by House security that he did not yet have the proper clearance, CNN reported.

“If the extremely small group of legislators are able to hold the Congress ― and indeed, country ― hostage to their unreasonable demands, then that can potentially create a major risk for American aid, American defense and diplomatic spending,” Brett Bruen, a former U.S. diplomat, told HuffPost.

Bruen also warned that U.S. allies could be alarmed by the unpredictability in the House.

“This, I think, exacerbates the already weakened confidence that our allies have in American leadership and in our democracy,” he said.

It’s not inherently concerning for there to be an extended election process for House speaker, Bruen said. But he called it “highly unusual” that “such a small [number] of members are able to exert such a large degree of influence and are essentially demanding that the party become an extension of their extreme agenda.”

“That, I think, is particularly dangerous,” he added.

Thomas Juneau, an associate professor of international affairs at the University of Ottawa and a former Canadian Department of National Defense analyst, said U.S. allies may be concerned as they watch what’s unfolding in the House of Representatives.

“It’s easy to watch the clown show in the US Congress and enjoy the Republicans self-banana-peeling themselves,” he tweeted Thursday. “But for US allies like Canada and others, the paralysis, instability and unpredictability this represents is a potentially vital threat.”