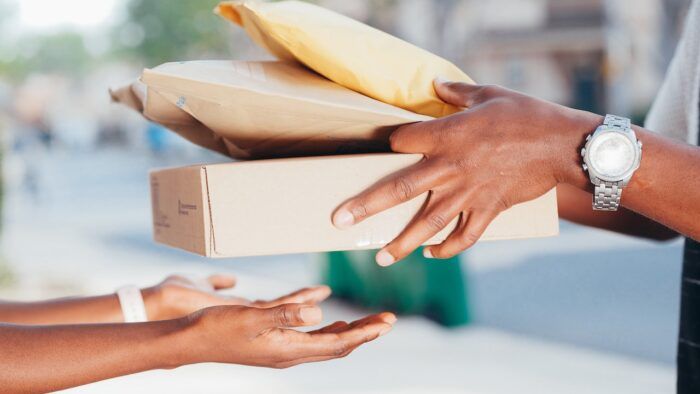 Taking on a side gig is becoming increasingly common. In the past, having a part-time job would often be the preserve of students or those with other commitments. Now though, millions of people with full-time jobs are also seeking extra income from side gigs.

Gig work is on the rise and offers the opportunity to work the hours that suit you. Around 9% of Americans operated in the gig economy during 2021, and around 22% of workers in Florida are involved in gig work. Over the pond in the UK, about 4.4 million people use gig work platforms every week.

There are a number of gig platforms that delivery drivers can use to find work. However, generally, this will involve using their own vehicles once selected. This comes with some downfalls including being responsible for paying out for repairs, maintenance, and insurance.

What Is the Gig Economy?

If you have always thought of gigs as being something musicians take part in, then you are not far off. The gig economy refers to individuals taking on one-off tasks, or gigs, and receiving payment for them as some bands do. In other words, you are not an employee, but more of a short-term contractor.

It is sometimes known as the sharing economy, but this area is slightly broader and takes in such things as renting spare rooms or selling online to raise extra cash. However, these are not usually the main sources of income. The gig economy, though, has millions of people who rely on it completely.

The Economic Anxiety Index is a way of measuring how much stress an individual suffers due to his or her financial status. It looks at savings, employment, and outgoings.

One of the biggest criticisms of the gig economy is job security or the lack of it. Around 45% of workers who use this for their sole or main incomes have a score of more than 50 in the EAI. In 2018, the average score was 30.

Nevertheless, many people have found it profitable to work in some areas of the gig economy. The average gig worker in the states makes $10,000 more a year than the median US salary.

Is It Common for Drivers to Work in the Gig Economy?

As you have read, there are several apps set up for drivers in general including specific ones for food and goods delivery. It is becoming increasingly common for companies to try to avoid the expense of employing individuals. Keeping workers as independent contractors instead of employees saves businesses billions.

Some of the biggest firms in the world are benefitting from hiring individuals for side gigs rather than putting them on the payroll. Some of those who benefitted from gig-economy work the most include Uber Eats, Lyft, and DoorDash.

However, many delivery companies hire drivers on a similar basis. In addition, this means the workers fail to receive certain benefits such as holiday pay, and vehicle insurance.

What Insurance Do These Delivery Drivers Need?

If you work as a delivery driver on a freelance basis, then you must put in place proper protection. Delivery drivers need to not only be legally able to drive, but must consider the possibility of breakdowns, and being off the road due to an accident.

Being unable to drive in the gig economy means a lack of income. If you are using this as a side gig, then you may have another income to support you. However, for many delivery drivers, this can be financially damaging.

Therefore, you may want to find cover that includes breakdowns and replacement vehicles. This, however, is not the only consideration. Insurance firm, Zego, points out that private hire insurance is needed for delivery drivers. If you are transporting goods to order from a booking system, then you are classed as a private hire driver and need appropriate insurance.

Can Private Hire Insurance Be Used by Other Drivers?

Private hire refers to any driver who only engages with prearranged bookings. For example, an Uber driver gets a booking on his or her app in advance of pick up.

Therefore, anyone who makes money from driving could use private hire insurance, but not everyone can. Taxi drivers comprise one area where there is a distinction between the two types.

As a taxi driver, you could choose to obtain a license so you can pick up passengers as you wish. Alternatively, you could work for a taxi cab company that only takes bookings. In the UK, the first choice requires public hire insurance, while the latter needs private hire cover. Different states and countries set their own rules around insurance requirements.

Although private hire covers many different hire-for-reward driving roles, it is common for insurance companies to provide tailor-made options. Uber drivers can buy specific cover, and Zego launched van courier insurance to cater to these workers, too.

What Are the Consequences of Delivering Goods with the Wrong Insurance?

The average driver only needs to take out regular car insurance. However, when you drive for work, you need to have a different policy protecting you.

Driving without insurance comes with a range of penalties. Failure to produce the necessary proof that you are insured could lead to you being fined. Or, in the worst cases, such as those involving a serious accident, you could even be jailed.

For reassurance, visiting an insurance broker in person or on his or her website should make things clearer. Ideally, choose one that specializes in private hire driving insurance.

Could Your Side Gig Lead to Bigger Things?

So, at this point, you have found employment away from your regular source of income. You are driving legally, and making money, but it could be better, right?

The unfortunate state of the economy and the cost of living have driven many to spend excessive hours working just to get by. This diminishes the quality of life and can cause health problems, too.

If you think it is time to get serious about your side gig, then delivery driving has a lot of potential for expansion. You could look into starting your own enterprise. You will need an understanding of laws, licenses, and insurance, but by now, you should be well-versed in the latter.

If your area has the potential and the demand for another local delivery service, then you could turn a side hustle into a genuine business. Moreover, you could potentially expand into other areas such as taxiing passengers. Not every area is covered by the big guns yet, and smaller cities and towns are possible locations for food delivery, courier services, and taxis.

A side gig is a viable way to make ends meet, and some find it even leads to bigger things. One of the most common ways to freelance today is to drive, especially since the rise of Uber and Lyft. Being an independent contractor has its advantages and some downsides. One is the legal requirement to have proper insurance before you can work.

Fortunately, there are specifically tailored options available for private hire drivers. Some of these even involve rewarding careful driving, which leads to lower costs. In this economy, especially with gig work, this is advantageous.

The post Delivering Goods as a Side Gig? You Need Proper Insurance appeared first on Home Business Magazine.