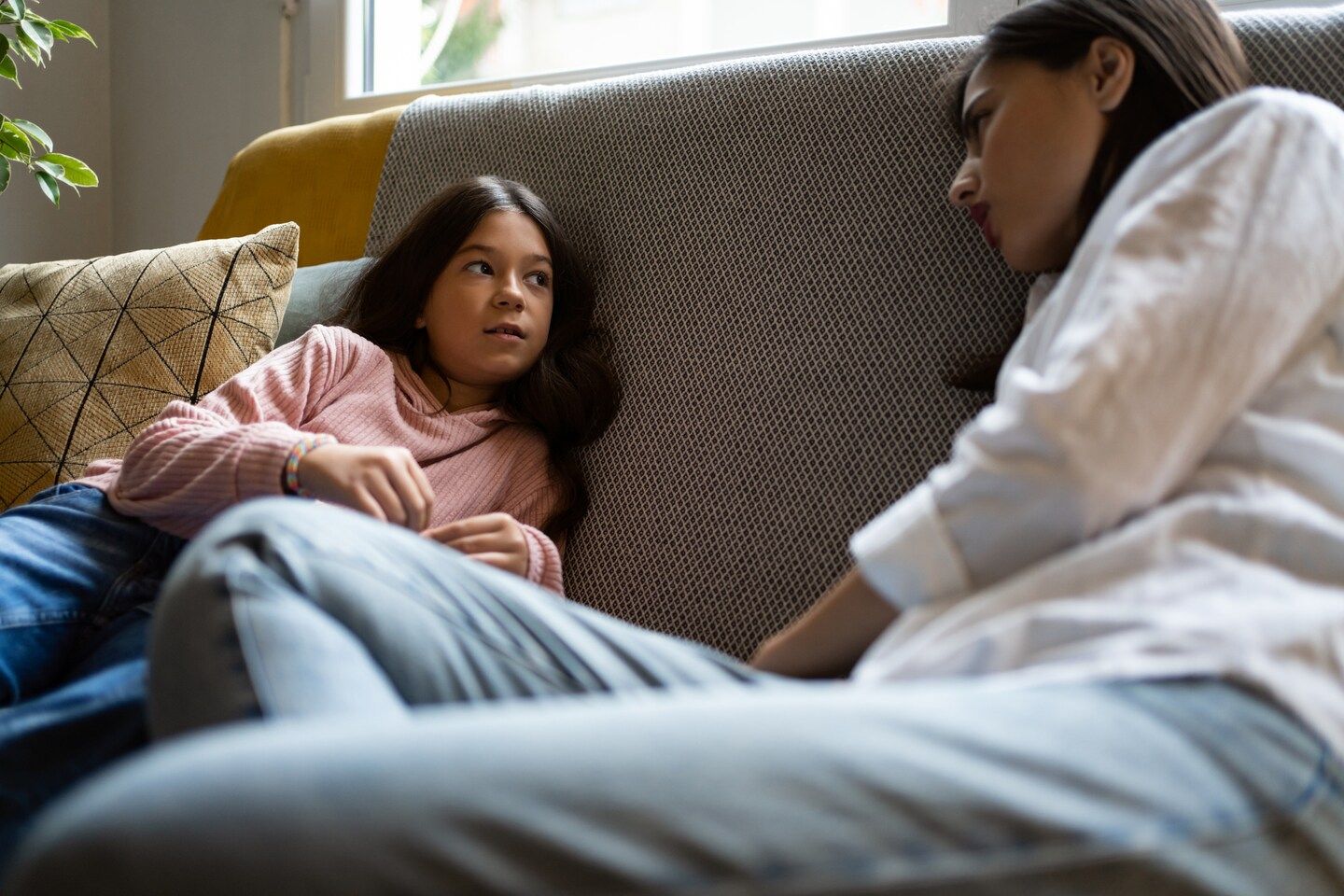 My older daughter was 6 when her 4-year-old sister was diagnosed with cancer. A few months into Emily’s treatment, the school nurse called to tell me that Isabelle had wet her pants. From the hospital, I visualized her eating graham crackers in the safety of the nurse’s office, protected from the chaos at home.

There, Isabelle was with one parent who was distracted by what was happening at the hospital. She took baths and read books without her favorite sidekick and had lost the desire to play outside, instead opting for cartoons and asking for chocolate pudding for dinner. “When’s Emmy coming home?” she asked often.

Yet when Emily was home, which could be for a few days or a few weeks, life wasn’t much better. Emily needed shots, hourly medicines and visits from a nurse. She lost her hair, got a feeding tube and couldn’t walk without help. Isabelle sat on the sidelines and watched her family unravel until it became too much and her pain seeped onto her pants at school.

While a sibling’s chronic disease can have a significant impact on healthy kids (the term for these children we’ll use in this article; experts use the abbreviation HK), there are ways to support them, even for overwhelmed parents struggling to take care of themselves and unsure of where to start.

Before talking to your healthy kid, Becky Kennedy, a clinical psychologist and author of “Good Inside: A Guide to Becoming the Parent You Want to Be,” suggests that you “remind yourself it’s going to be hard and that you can cope with hard things.” Parents set the tone for how the situation will play out, so being centered will help your healthy kid feel at ease.

When you talk with your healthy kid, use real words, not euphemisms, and pause for questions and to check in. My husband and I made the mistake of telling Isabelle that Emily was “sick.” Our intention of sparing her the heavy word “cancer” created panic that winter when my mother got the flu and Isabelle thought she was “sick” like Emily.

When you sit down for an initial conversation with your healthy kid, Kennedy suggests starting with: “I want to talk to you about something going on that will probably lead to big feelings for all of us.” Remind them they’re not alone and describe how their day-to-day life might change because of their sibling’s condition.

Often parents want to avoid hard conversations to spare their child pain, but that can backfire. “Parents are the gatekeepers of information,” says Emily Holl, director of the Sibling Support Project, an organization dedicated to the concerns of brothers and sisters of children with developmental and mental health concerns. “When parents withhold information, it leaves their HK waiting for the other shoe to drop. The whole family gets the diagnosis, and HKs need to know what to expect.”

For years, Isabelle gave Emily a pass because she had chronic medical issues. Her go-to disclaimer, “I know Emily’s sick, but …,” let us know she was struggling to be a good soldier and coexist with a sister who could be mean or demand the best spot on the couch.

A key strategy for helping healthy kids feel seen and regulate their emotions is to acknowledge, validate and permit their feelings, known as AVP. When your healthy kid says, “I’m so mad at Emily because she gets so much attention,” Kennedy suggests responding with: “You’re mad at your sister because she gets so much attention in the hospital. I understand that. It makes sense you feel that way. You’re allowed to be mad. I’m here to talk.”

Siblings often operate from a place of guilt, Holl says. They regret their behavior over normal sibling conflicts and don’t want to rock the boat. The kids who seem okay and reluctant to talk can be the ones who need support the most.

“There’s often a lot going on under the surface, and it can be a slippery slope,” Holl says. “Knowing they can be themselves and have flaws is comforting.”

Allow them to see your feelings

Talking with your healthy kid might trigger your own emotions. Kennedy says that’s okay; just explain it to them by saying, “Tears mean something important is happening in our body.” It’s important to emphasize that it’s never their fault when you’re crying and that you’re still their strong parent who can take care of them, she says.

When my daughter was in the hospital, this was what kept me sane

In hindsight, I realize that masking my emotions from Isabelle probably made her feel alone. I was quick to tell her, “It’s okay, you’re okay.” Sitting with her in the muck of emotion rather than attempting to avoid it would have served her better.

Chris Feudtner, a pediatrician at Children’s Hospital of Philadelphia who led the sibling study, says it’s a mistake to try to take away a healthy kid’s burden. Instead, he says, focus on helping them grow through adversity: “A parent’s job isn’t to shield their HK from the diagnosis, but to be with them in the tough situation and help build emotional resilience.”

Psychotherapist Heather Genovese says parents who need support should look to other adults, family members or professionals: “It’s okay to share feelings with your children, but be careful that they don’t turn into your therapist.”

Create structure and quality time where you can

Kids thrive on structure, something families with a sick kid often lack. For younger kids, Kennedy suggests making a calendar of green days (you’re home), yellow days (you’re not sure) and red days (you’re not home). They will know that you will be seeing them off to school on Monday or that a relative will make them dinner on Tuesday.

Sharing a journal with your healthy kid can connect you when you’re not home, Holl says. Exchanging pictures and notes can help children express thoughts they may not be able to in person.

Finding time to be alone with your healthy kid can be a challenge. Holl recommends including them in grocery shopping or preparing meals. Isabelle helped me clean while we sang along to Taylor Swift. “They’re just happy to be with you,” Holl says, “and those little moments make a big difference.”

You’ve always managed their health issues. How to let your teen take over.

For some healthy kids, support groups like Sibshops can be a lifeline. Figuring out what works often takes trial and error. “Think about what the whole family needs for support,” Kennedy says.

Video calls, family therapy, game night, theme dinners and reading together are a few ideas. When we spent long hours on the oncology floor, we met a family whose outlet was Nerf gun wars. Watching movies together was more our speed. At the end of treatment, we got a goldendoodle who helped us all heal.

Throughout Emily’s illness, Isabelle became fiercely protective of her sister and compassionate toward people struggling with physical and mental disabilities. Over time, she’s become more open about how she feels about that time of our lives.

If I could go back, I’d be more honest with Isabelle and more forgiving of myself. Despite my missteps, she’s trusted me with her well-being and found ways to meet her needs. I stopped getting defensive when a friend or family member reminds me, “Kids are resilient.” With open communication and small acts of love, they certainly can be.

Amy McHugh is a freelance writer on Cape Cod. Find her at amymchughwriter.com.