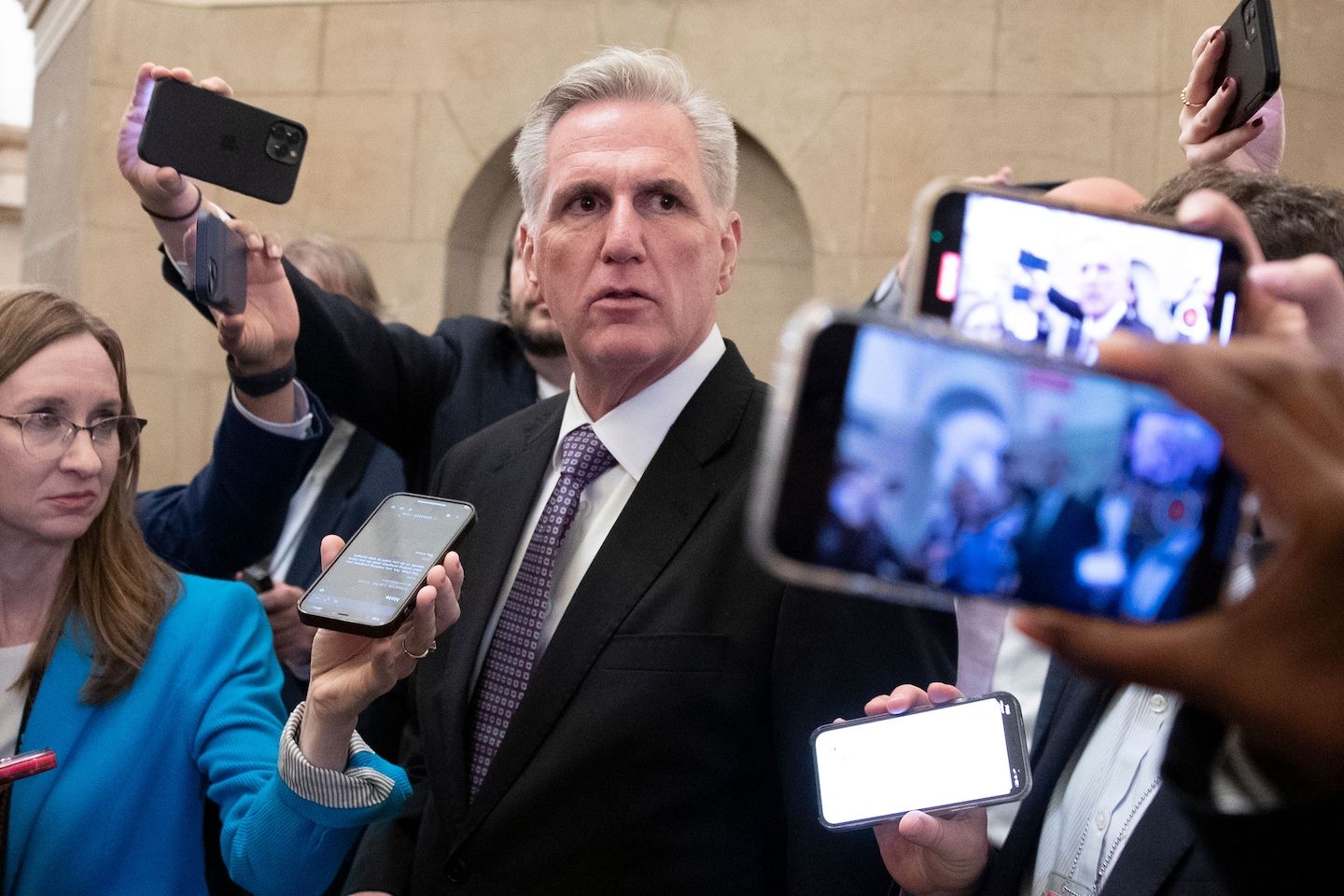 As the California Republican attempts to rally support for his tumultuous bid to become House speaker — which has failed through six rounds of voting, leaving the House at a standstill and without any official members — late-night talk shows, brands and Washingtonians broke out the popcorn to commiserate about the political dysfunction.

“The Daily Show” opted to depict McCarthy’s failed attempts with this “live look” — a tweet with a clip of a young boy getting knocked down by a large swinging beam, again and again, each time he tries to step up to a podium.

Kevin McCarthy’s speaker battle has become a seemingly endless, gripping drama and epic spectacle. Which is why we’re calling it: pic.twitter.com/5RMTUmGk6y

It is the first time in 100 years that a House speaker has not been elected on the first ballot. With the political drama lurching into its third day, McCarthy is scrambling to offer concessions to hard-right GOP holdouts to secure the speaker position.

Former “Daily Show” host Jon Stewart said Tuesday night that this was “the best season of cpsan … ever,” as Americans tuned in to the channel providing rolling coverage of the House floor in anticipation of votes.

This is the best season of cspan…ever.

Others seized on a recent British meme about chaos among party leadership. The Lincoln Project, a group founded by former and current Republicans who did not support former president Donald Trump, depicted McCarthy next to a lettuce with eyes to see whether it would expire before McCarthy’s bid.

The joke is a riff on the British tabloid Daily Star’s live feed on whether beleaguered Prime Minister Liz Truss would outlast the shelf life of a lettuce. (In Britain, the lettuce won.)

Others grasped at sports metaphors for political solutions. One journalist suggested the decision should be decided by “penalty kicks” — a tense way to end soccer matches when games conclude in a tie.

Some companies got in on the chaos, too. A pizza chain in Washington teased that it was “more popular than McCarthy” after dozens of takeout pizza boxes were seen being delivered to the House as fraught negotiations continued.

Democrats, unsurprisingly, seized the opportunity to get in on the jokes.

One Twitter user opted to poke fun at two public figures at once — repurposing a tweet made famous by the site’s new owner, Elon Musk, who put it to an online poll whether he should stand down.