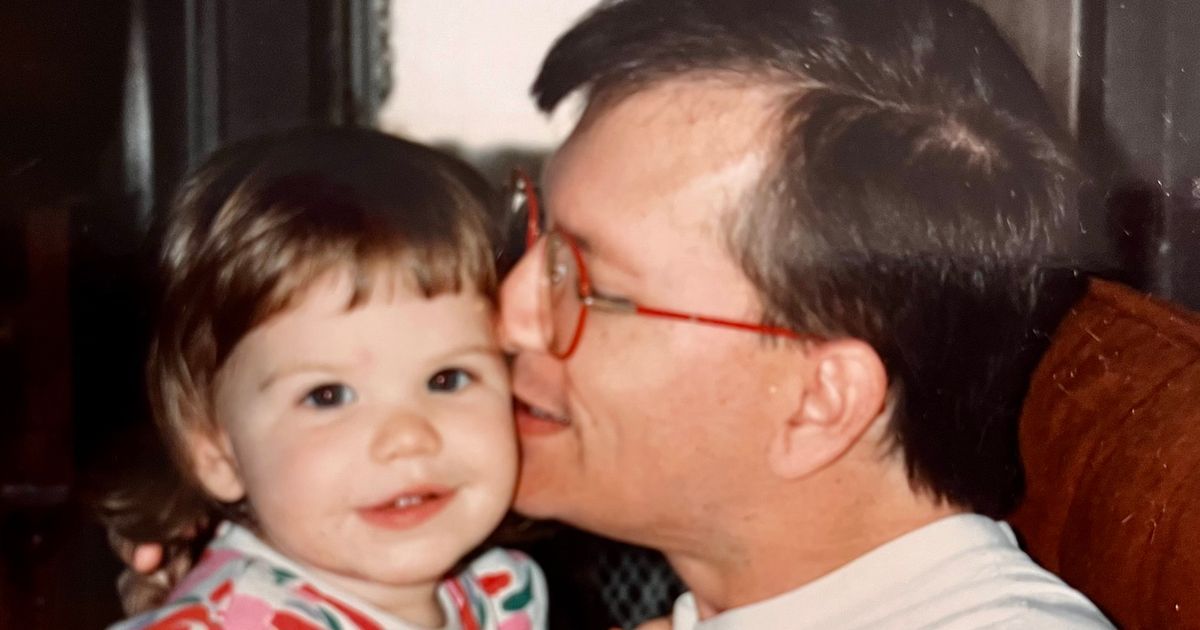 As a society, we often speak of love in sweeping platitudes. We vaunt its gravity and devote time and money and art to studying every inch of its emotive breadth to try to reach an understanding.

Few of us, however, really talk about the mundanity at the center of love’s gravity. I met John Sandeen as a college intern in the late 1980s; we went on dates; the world became indelibly saturated, like an overexposed photograph of a summer day. For me, falling in love with him was as natural a conclusion in my life as the decision to breathe. You breathe because you can’t live without it; I married him because I couldn’t imagine a life without him.

John was diagnosed with HIV on Thanksgiving in 1989. He asked me to leave him then. I said no.

That decision came easily, because that’s what love does: It simplifies the most difficult decisions one faces into a monosyllable. “No.” Of course I wouldn’t leave him. Of course he would die anyway. Of course I loved him enough to stay.

In that sense, I suppose I was lucky that my mother was a hospice nurse. Death and dying were as casual as conversation topics as births and marriages, and it always loomed in the back of my mind, this awareness of our final destination. Back then — like most teenagers — I approached it with the casual detachment of someone who thought that they’d never have to face it.

It wasn’t until much later that I realized I was facing death the minute I met John. One of the great tragedies of this story is that HIV was already destroying his body before his diagnosis. AIDS was a death sentence back then, and it was common knowledge that everyone who received that diagnosis was dead in two years. The treatments available were barely better than refusing treatment altogether in terms of their toxicity and side effects, as well as their efficacy.

Life when caring for a dying person is surprisingly mundane, but that’s only because I had to force down the most powerful feelings I’d ever felt — rage and grief and love — for my family to function. We were a young couple with a baby, Hannah, and two of John’s sons from a previous marriage, and HIV was a part of the family.

Each day, I would wake up, make Hannah her breakfast and attend to her child care. I would go over John’s needs with his hospice caregiver, head to work and then come home to feed Hannah. I was numb. I was in love. I was a mother, a caregiver, a widow with a husband.

One day, a hospice worker brought him a bed, and I knew I’d watch him die in it.

John would have good days — days when he was lucid — and on those days he could manage a sentence or two, maybe sit up in his bed if we were lucky. On those days, he would try to play his piano or guitar, or want to listen to music, his beloved Bach or Neil Young. I realized his core being had finally slipped away when the music stopped in our home. But he was still there physically — his breathing shallow, the lines of pain etched into his face.

One day, when the feverish haze hanging over his broken sentences lifted long enough for him to speak clearly, he asked me to kill him.

You have to end this pain,” he whispered. “I cannot stand it anymore.”

I was 27, and the words hung in the air like a still and terrible humidity. I knew what he wanted — to die lucid, to know that he had told me and Hannah and his sons everything he needed to say before he died. He wanted to die with the dignity he carried himself with when he was healthy; he wanted to know that we knew he loved us big enough to not make us watch him die. And I couldn’t legally give it to him.

For John, the most basic of tasks devolved into anguished negotiations with his own body for energy. He couldn’t hold Hannah anymore. He couldn’t play a chord on his piano. Some time later, he couldn’t care for himself.

To have these, the most basic of dignities stripped from you, is humiliating. For John, who to this day remains one of the smartest people I’ve ever known, it was devastating. He was already wiry, but AIDS ravaged him to skin and bone. His brain, the thing that captured my fascination when I first met him, began to disintegrate, and he could only speak in short sentences.

John deserved to die on his own terms. AIDS took that away from him, and so did the laws preventing him from pursuing medical aid in dying. But he left me with a final gift.

In the early days of John’s decline, we worked together to plan my next steps — applying to social work graduate programs. He was restless and weirdly pushy, which was unlike him, insisting on reading over my essays and helping me with my application prep work. Eventually I realized it was one of the last tasks for him to complete before he could let go of this world. He died in December 1993; my graduate school applications were due in January 1994.

Two-and-a-half years later, I became a social worker, driven by the ghosts of his final wish and my need to give others what I couldn’t give him. It’s how I got involved with Death With Dignity, the national organization fighting for medical aid-in-dying laws with people like John, where I’m now the CEO. I’ve dedicated my life to creating an environment for dying individuals to dictate the terms of their own death, to retain the dignity they carried while healthy.

Twenty years later, Iowa, the state where John died, still doesn’t have a “death with dignity” law in their books, but we’ve succeeded in passing the right to die with dignity in 10 states. And this year, in states including New York, Massachusetts, Nevada and Arizona, there is an opportunity for state legislatures to pass their own laws on death with dignity.

Fighting for the right of everyone to die with dignity was an easy choice. A decision to honor the life of the man I still love ― the man I refused to leave in 1991. In a world where AIDS is no longer a death sentence, there are still stories in which terminal illness interrupts love’s course through life. In those cases, love demands a way to persist — and this is my way of paying that forward.