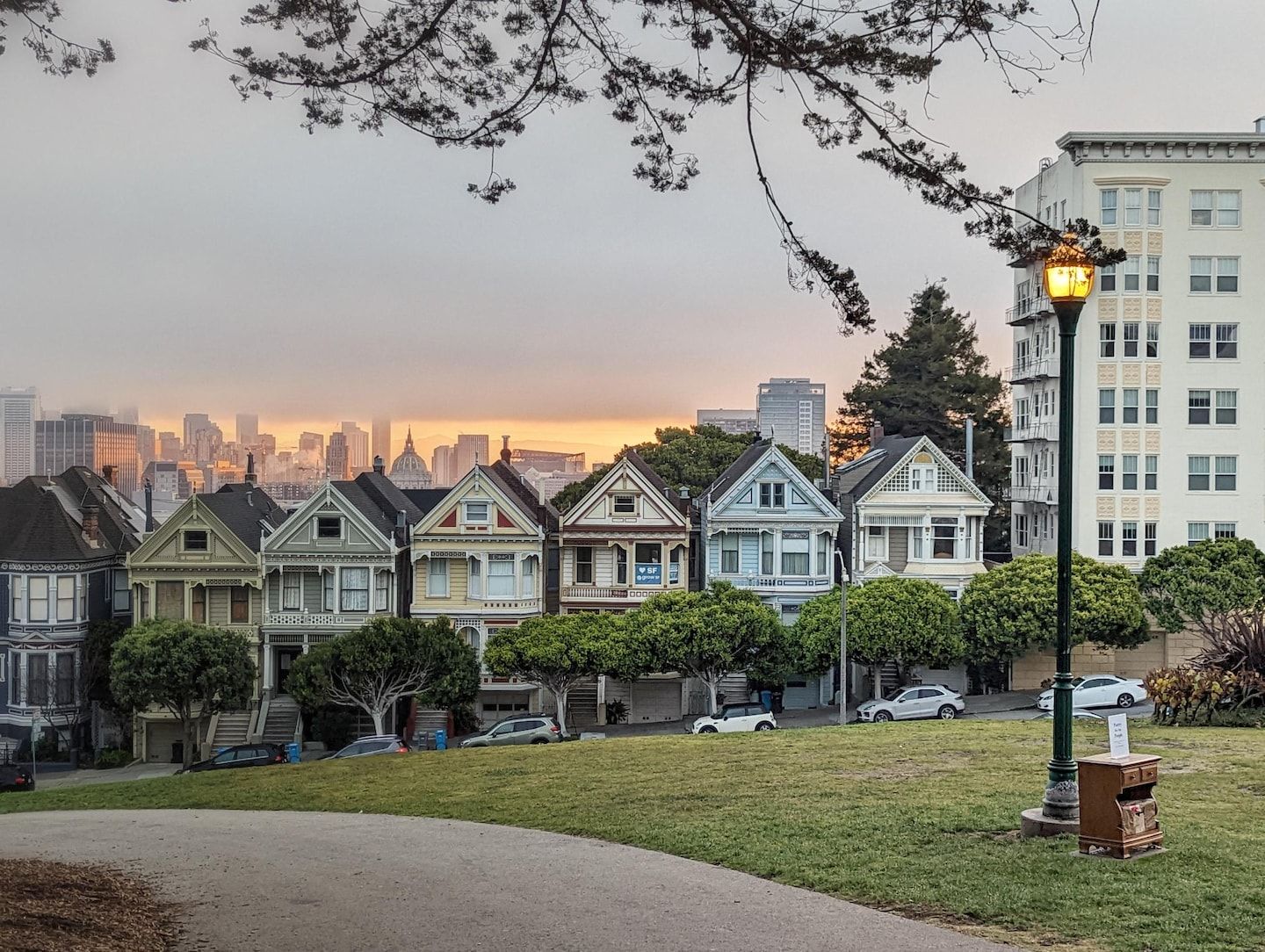 In the middle of Golden Gate Park in San Francisco, a park ranger carefully placed a wooden nightstand on the ground. She attached a sign she made:

Since the nightstand’s debut there last month, amateur poets have filled it with more than 100 handwritten poems.

“The wind graces this park / Like a breezy whisper / as sounds of longing / echo from the nearby piano,” one parkgoer scribbled on a piece of lined paper that they then left in the nightstand.

Amanda Barrows, who came up with the idea, was surprised that it worked and people followed her instructions.

“It’s completely unexpected,” said Barrows, 30, who is a San Francisco park ranger by day and a poet by night. “I’m really taken aback by the outpouring of support.”

During the pandemic, Barrows — who said she has always considered herself a writer — decided to try her hand at poetry and signed up for a workshop.

“I had a really beautiful time,” said Barrows, who then enrolled in another poetry class at City College of San Francisco “to keep the inspiration flowing, and keep myself writing.”

The culminating assignment for the class — which is called Poetry for the People and has been taught at the school since 1975 — is a field project. Students are asked to find a way to “bring poetry into the community.”

In the beginning, Barrows struggled to land on an idea. Eventually, though, it dawned on her that she could perhaps fuse together her two worlds — parks and poetry.

A colleague offered up a weathered nightstand, which Barrows thought would be the perfect vessel for her project, as she could fill the drawer at the top with fresh paper and pens and add a box at the bottom for poems. To get the ball rolling, she asked her close friends to help her stock the drawer with their favorite poems for people to take.

The concept reminded her of Little Free Libraries, which are fixtures across the city.

Since she only had a single nightstand to work with, Barrows decided she would leave it in one park for four days before moving it to a new location. The San Francisco Recreation and Park Department manages about 220 parks, and Barrows’s goal is to bring the poetry nightstand to all of them.

“I’m in the parks all the time, and I see the many different ways people utilize them,” she said, explaining that she wanted her project to reach as many people as possible. “Every resident of San Francisco is within a 10-minute walk to a park.”

Since Barrows started the project Dec. 3, the poetry nightstand has traveled to several locations, including Alamo Square, Upper Noe Recreation Center and Bernal Heights Park. Dozens of poems have come in so far, and about 20 have been taken.

Barrows hopes the nightstand helps people realize that “poetry is not a scary thing,” she said.

People have penned a wide range of writing, and Barrows shares most pieces on social media. Some are clearly composed by kids, while others are more sophisticated. Over 70 percent of the pieces are original works, Barrows said, and people have written poems in various languages.

“I love to see different people’s handwriting, and for them to be sharing their personal words,” she said. “Every day that I check it and I have had submissions, it feels like Christmas.”

Some people have rewritten popular poems.

“Tell me, what is it you plan to do with your one precious and wild life,” wrote one person, citing Mary Oliver’s “Poem 133: The Summer Day.”

The instructors of the Poetry for the People class — which is free for San Francisco residents — said Barrows’s nightstand has fulfilled the primary purpose of the project, which is to bring poetry to the community in a creative way.

The success of Barrows’s project reinforces that “people need poetry now,” said Lauren Muller, who started teaching the class at CCSF in 2000. “It fills me with optimism.”

Other students have come up with various creative concepts, such as writing chalk poetry on neighborhood sidewalks and distributing poems disguised as parking tickets.

“It’s thrilling to see the work that students are doing,” said Muller, adding that she hopes others will be inspired to establish similar initiatives in their own communities. “My hope is that this will happen across city parks, in D.C. and elsewhere.”

Tanea Lunsford Lynx, a guest instructor for the class, agreed.

“It’s really special to see that Poetry for the People is the catalyst but that it has a much, much bigger life; it’s one of the best things we could hope for,” she said, adding that she believes San Franciscans are gravitating toward Barrows’s project in particular, as it has an old-fashioned feel “in the context of hyper-tech central.”

“It’s an invitation to slow down and participate and connect in a way that we don’t often have the opportunity to do,” Lunsford Lynx said.

Barrows intends to “keep this going indefinitely,” she said. “I look forward to other people contributing their creativity. People can build off it and tell me what they want to see.”

“It really is a community project,” Barrows said. “It belongs to all of us.”