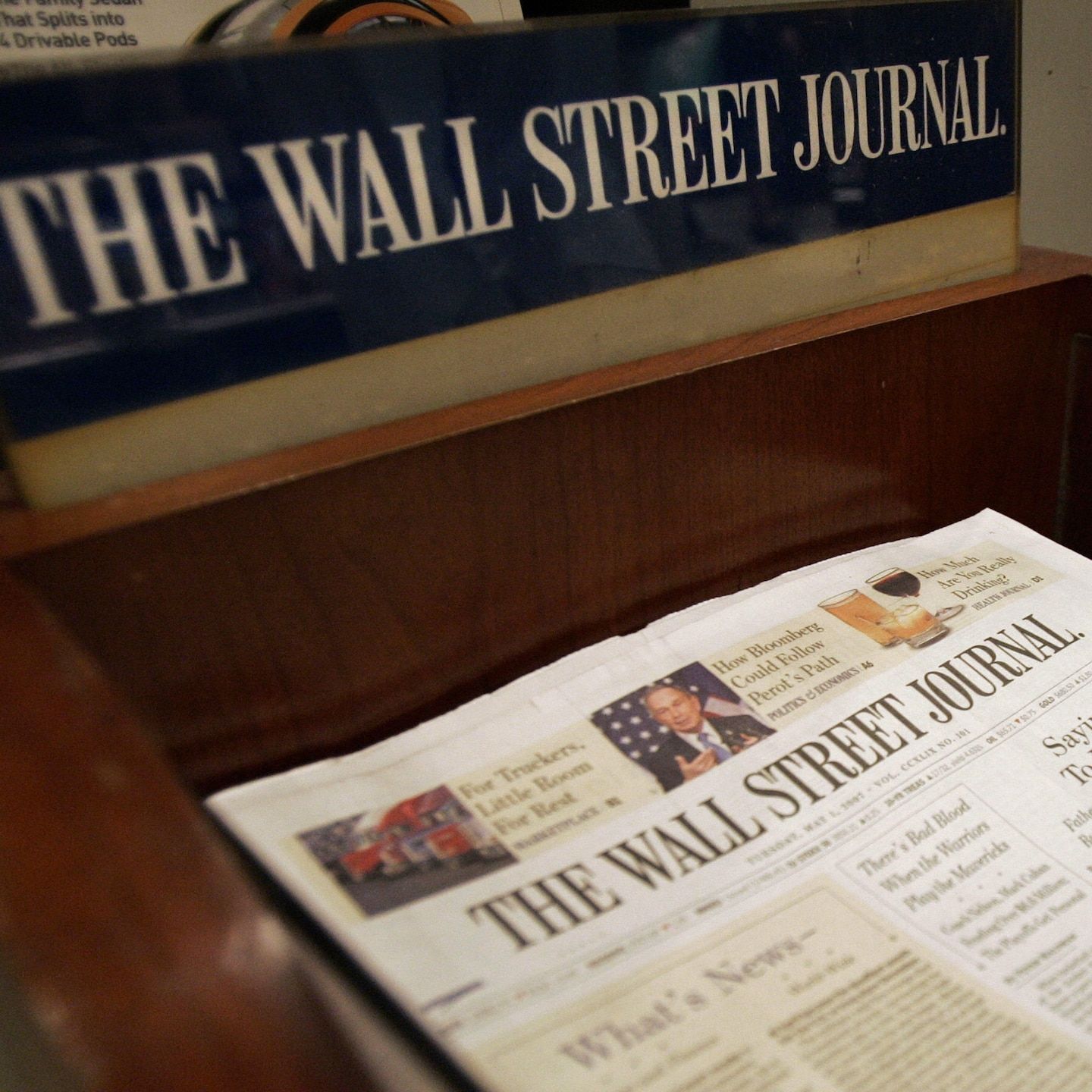 The Phoenix Police Department said Thursday it has launched an internal investigation after an officer handcuffed and detained a Wall Street Journal reporter who was interviewing customers outside a bank.

The move comes after the newspaper’s editor-in-chief sent a letter to the agency’s police chief last month expressing his “deep concern” over the treatment of finance reporter Dion Rabouin. The incident occurred in November but became public this week through a news story aired by local television station ABC15, which included bystander video.

“I am appalled and concerned that officers at your department would attempt to interfere with Mr. Rabouin’s constitutional right to engage in journalism and purport to limit anyone’s presence in a public location,” Journal Editor-in-Chief Matt Murray wrote to Phoenix Police Chief Michael Sullivan. “Such conduct is offensive to civil liberties, and also a pretty good news story.”

In response, the police department’s professional standards bureau is conducting an administrative investigation, Sgt. Melissa Soliz, a department spokeswoman, told The Washington Post. She said the interaction between the reporter and the officer took place on private property.

Rabouin told ABC15 that he thought the sidewalk was public property, and said the bank never asked him to leave after he arrived to interview its patrons. Called “man on the street” interviewing in journalistic circles, it is an age-old reporting technique aimed at getting the public’s input on an issue.

I don’t have much more to say about the situation with Phoenix PD. Just about all of the details can be found in Dave’s report here. Thanks to everyone who has reached out to offer support. We’re hoping to hear back from the chief or someone at the department soon. https://t.co/KEce6YPLW4

The incident unfolded on Nov. 23, on a sidewalk outside of a Chase Bank branch. Rabouin, who a Journal spokeswoman said was not available for an interview on Thursday, was in Phoenix visiting family for the Thanksgiving holiday when he decided to head to the bank and talk to consumers for a story on savings accounts.

“I figured, let me actually get out of the office — not talk to these experts, economists, all that — let me actually go talk to some real people, some folks who actually use the Chase Bank,” he told ABC15.

Bank employees came out to ask what he was doing, Rabouin said, and then went back inside without asking him to leave. Soon after, a police officer pulled up. Rabouin said he identified himself as a reporter and explained what he was doing. The officer responded, “Well, you can’t do that,” he said.

In his report on the encounter, Officer Caleb Zimmerman wrote that a Chase employee called and reported a “suspicious person” outside the bank. The incident report noted that Rabouin claimed to be a reporter.

The officer spoke to the Chase employee, who told him staff had asked Rabouin to leave after customers complained, according to the incident report. She also said Chase Bank was willing to assist in prosecution if he was not willing to leave. Based on that conversation, Zimmerman wrote, he believed Rabouin had “committed the crime of trespassing.”

The officer said he then asked Rabouin for his ID, and the reporter asked why he needed it. He informed Rabouin he was being detained, and Rabouin responded that he had done nothing wrong. Zimmerman handcuffed Rabouin after a brief struggle.

“He grabs my arms and really wrenches them behind my back and proceeds to put me in handcuffs,” Rabouin told the television station.

After he was handcuffed, a bystander began recording. In the footage, Zimmerman brings Rabouin to his patrol car and tells him to get into the backseat. Rabouin sits in the back but says he will not put his feet inside the vehicle to allow the door to shut. He told ABC15 he “didn’t trust what was going to happen.”

The bystander filming the incident could be heard protesting the officer’s actions and saying that Rabouin had offered to leave the area.

“While this young woman was recording, I thought the odds of him not doing anything to me, whether physically or anything else, are a lot higher,” Rabouin said. “Once he closes that door, he could take off, he could take me somewhere. I could be placed under arrest.”

About eight minutes after the woman began recording, backup officers arrived. Rabouin was allowed to leave with a warning that he would be arrested if he returned. He filed a complaint with the agency but told ABC15 that an official later called and said a review of the incident had not found wrongdoing.

The TV reporter asked Rabouin, who is Black, whether he thought his race and attire — a T-shirt and shorts — may have been a factor in the way he was treated.

He responded that he “intentionally didn’t dress up, because I didn’t want people to think I was selling something.”

In his letter to the police chief, the Journal editor wrote that the reporter was “engaging in his First Amendment-protected right to gather news.”

“Mr. Rabouin, being an American citizen, had a clear right to be present on the sidewalk and engage in newsgathering,” he wrote, adding that the newspaper and reporter “are still determining what further action to take in response to his detention by your officers.”

The Committee to Protect Journalists also condemned the officers’ conduct, with U.S. and Canada Program Coordinator Katherine Jacobsen saying in a statement Thursday that Rabouin’s detention was “a flagrant violation of his First Amendment rights.” She called on the agency to “undertake reforms to make sure this kind of incident is not repeated.”

The Phoenix Police Department said its investigation would be publicly available upon its completion, but did not offer a timeline for when that would be.