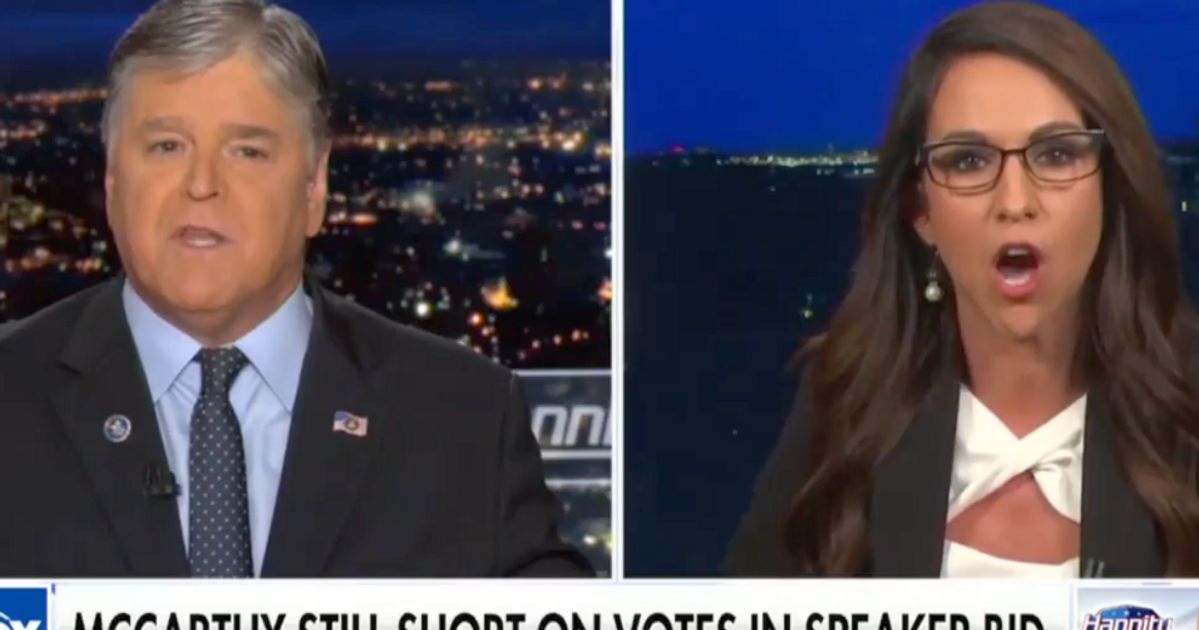 Fox News host Sean Hannity grilled Rep. Lauren Boebert (R-Colo.) over her lack of support for Rep. Kevin McCarthy (R-Calif.) and his bid to become House speaker during an uncontrolled interview on Wednesday.

The two went at it following the second straight day of the House failing to decide on a speaker.

Boebert is one of 20 Republicans who did not throw their support behind McCarthy ― whose bid is backed by former President Donald Trump ― on Wednesday.

Hannity opened his interview by referring to Boebert’s call for Trump to tell McCarthy to withdraw his candidacy.

He then criticized her “math” as a majority of Republicans have supported McCarthy’s bid to become speaker.

“So, if I’m going to use your words, and your methodology and your math, isn’t it time for you to pack it in and your side to pack it in considering he has over 200 and you have 20?” Hannity asked.

“Sean, I understand the frustration, I promise you, but … ,” said Boebert, before Hannity cut her off.

“I’m not frustrated. You didn’t answer any question,” Hannity replied before the two went into a tense back and forth.

Boebert later suggested she could nominate Trump as speaker. The position has always been held by a member of the House, but being a member of the body isn’t a requirement to receive a nomination, PBS reported.

“Is this a game show?” Hannity asked after he interrupted Boebert.

″We’re going to pick Jim Jordan one day, [Byron] Donalds the other day, Trump the next day?” Hannity added.

Hannity tried to regain control of the interview on several occasions before he appeared to take a jab at Republicans not supporting McCarthy’s bid.

“I can tell,” Hannity replied.

You can watch more clips from the tense interview below.