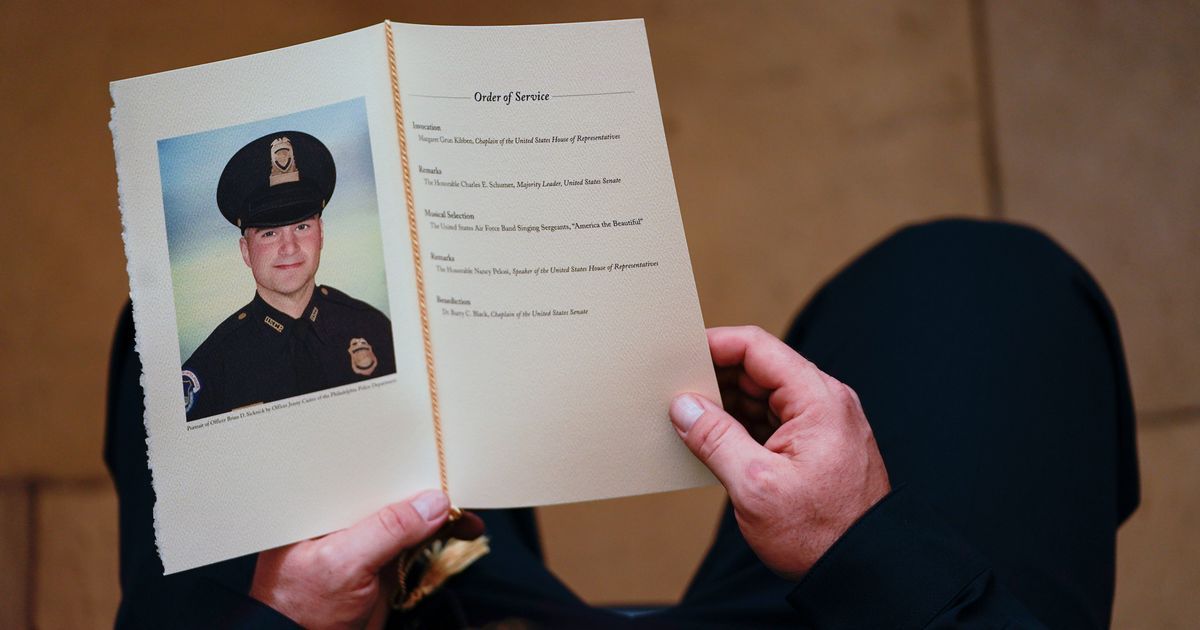 The longtime partner of Brian Sicknick, a U.S. Capitol Police officer who was injured and died after the 2021 insurrection in Washington, has filed suit in federal court against former President Donald Trump and two men who pleaded guilty to attacking Sicknick.

The two rioters, Julian Elie Khater and George Pierre Tanios, each pleaded guilty to assaulting police officers during the Jan. 6, 2021, insurrection. The pair of New Jersey–bred childhood friends went to the Capitol that day with supplies such as bear spray and pepper spray, which Khater deployed in Sicknick’s face from a distance of less than 8 feet, according to court documents.

Sicknick died on Jan. 7, 2021, after collapsing on Capitol grounds and being rushed to a hospital. A medical examiner said he suffered multiple strokes and died of natural causes. The Capitol Police subsequently said in a statement that the finding “does not change the fact Officer Sicknick died in the line of duty, courageously defending Congress and the Capitol.”

Matt Kaiser, an attorney for Garza, said that her suit was about accountability. She is seeking at least $10 million in damages from Trump and the two rioters.

Trump’s refusal to concede that he lost the 2020 presidential election directly led to Khater and Tanios’ participation in the “insurrectionist effort,” the suit said.

“That attack on the United States Capitol cost U.S. Capitol Officer Brian Sicknick, who was bravely defending the cradle of American Democracy, his life,” it read. The suit went on to cite findings from the House select committee that investigated the Capitol attack, including the criminal referrals it made against Trump.