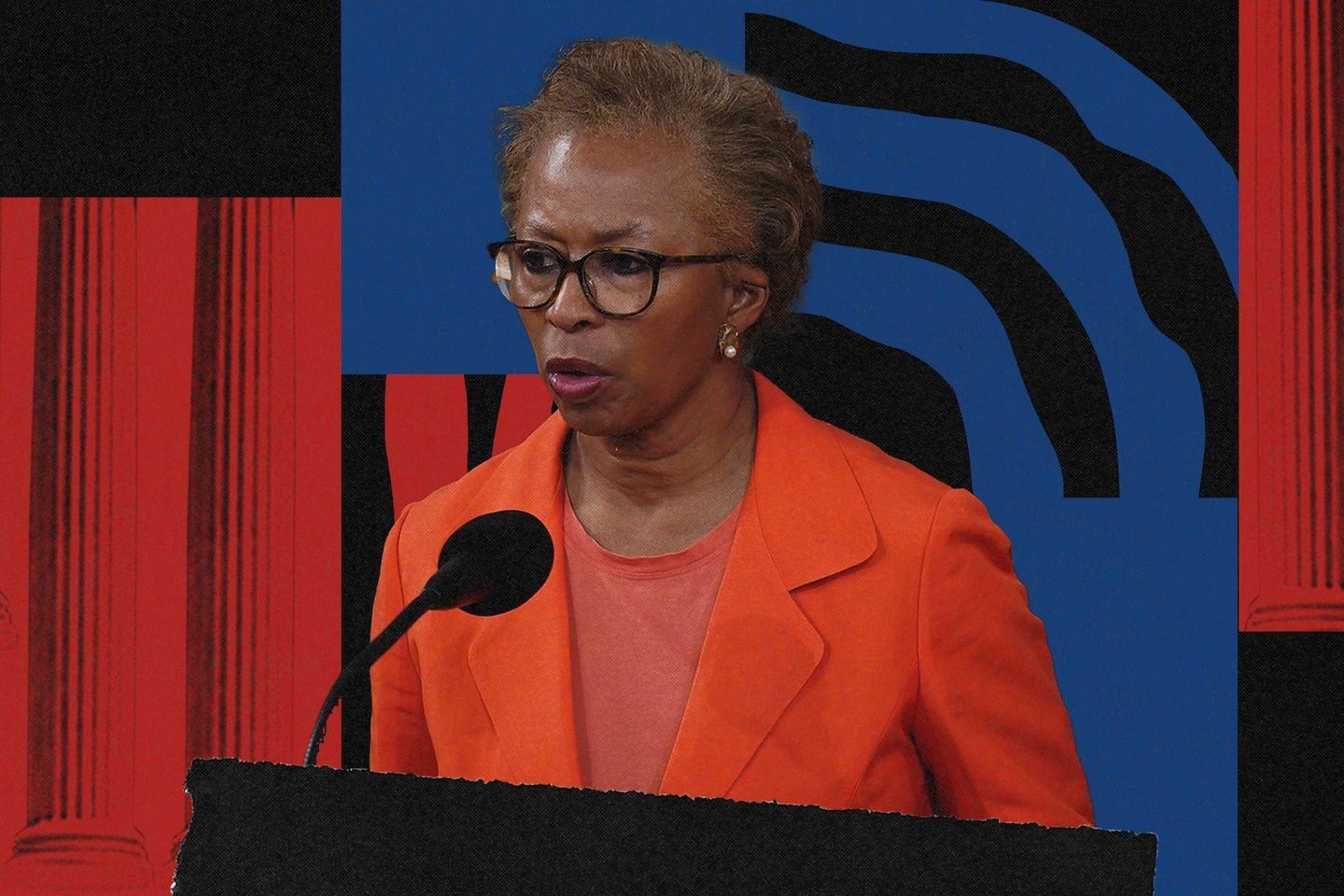 A little after 6 p.m. Eastern time Thursday, after a historic three days and 10 rounds of trying — and failing — to elect the next Speaker of the House, Clerk Cheryl Johnson’s grace under pressure was the one thing a divided chamber could agree on.

As French Hill (R-Ark.) stood up to nominate Republican leader Kevin McCarthy for an 11th time, he stopped to thank Johnson, who was standing where she had been for much of the last week: At the center of the dais, her gavel to her right, trying to maintain order among a House in disarray.

“Let me express my deep appreciation, and appreciation of everybody in this room, for the work you’re doing Madam Clerk,” said Hill.

In a rare show of unity, the chamber — more than 430 members-elect of the House — rose to give Johnson a standing ovation.

The first House clerk was elected in 1789, and in the 234 years since, it has been a little-acknowledged role. But amid a uniquely dysfunctional speaker election, Johnson has attained the highest profile of any House clerk in U.S. history, as a once unremarkable political process became political theater in the most literal sense of the phrase. You didn’t have to be a political wonk to tune in, you just had to have a nose for drama.

And standing front and center in all that politicking, posturing and speechifying, was Johnson. Absent a House speaker, Johnson had become the de facto leader of the proceedings; the only rules the ones she set. For those watching from their home or office, Johnson cut an impressive figure: always in an impeccable jacket; her hair, the color of burnished copper, with not a strand out of place; firmly but politely imploring the room, “For what purpose does the gentlewoman” — or gentleman — “rise?”

Throughout the week, lawmakers sang her praises on social media.

Always so impressed by the great poise & judgment shown by my constituent U.S. House Clerk Cheryl Johnson, whose 2 decades of service in Congress have prepared her to be our presiding officer in this difficult moment. Thanks Clerk Johnson for your fairness & unswerving devotion.

“Always so impressed by the great poise & judgment shown by my constituent U.S. House Clerk Cheryl Johnson, whose 2 decades of service in Congress have prepared her to be our presiding officer in this difficult moment,” tweeted Maryland Democrat Jamie Raskin (Johnson lives in Chevy Chase, Md.).

“Cheryl Johnson, the clerk of the House, for Speaker? She’s been extraordinary without any rules passed and in having some sense of fairness and order,” Ro Khanna (D-Calif.) tweeted on Thursday.

“It was a once-in-a-lifetime role that no one, at least for 100 years, has had to fill. And she filled it with such grace, competence and confidence,” D.C. congresswoman Eleanor Holmes Norton told The Washington Post on Friday afternoon.

“She was working on empty without any direction whatsoever. She had to make it up as she went along,” Holmes Norton said. “There is no living precedent for how to proceed with no speaker in the chair.”

What happens if there’s no House speaker? These things can’t get done.

Normally, the role of House clerk is composed of important but mundane administrative tasks under direction of the speaker, such as delivering messages to the U.S. Senate or certifying the passage of all House bills and resolutions.

A New Orleans native with a law degree from Howard University, Johnson spent nearly two decades in the House, where she served as a director and policy adviser on various committees. She then spent 10 years at the Smithsonian Institution, where she was the director of its office of government relations, before becoming the 36th House clerk in 2019. She is one of four women to serve as clerk, and the second Black person to do so.

First sworn in by then-Speaker Nancy Pelosi, Johnson has served as clerk in extraordinary times.

She served during the Jan. 6, 2021, insurrection, when rioters supporting President Donald Trump stormed the Capitol. In 2020 and 2021, it was Johnson, alongside the House sergeant-at-arms, who led House impeachment managers to deliver articles of impeachment against Trump to the U.S. Senate.

But no task has been more prominent than the one before her this week. It’s not the first time she’s been in charge of the House: When a new Congress convenes every two years, the clerk is in control of the House until it elects a new speaker. But in the past, that process has lasted a matter of minutes — not four days.

What McCarthy’s concessions could cost him — and the GOP

In the past week, Johnson has overseen round after round of voting, a tedious roll call that, from Alma Adams (D-N.C.) to Ryan Zinke (R-Mont.) can take upward of an hour. Throughout it all, Johnson was as a steady and firm presence, rotating from a tall leather chair in the back of the room, where she could be seen taking notes and sipping from plastic cups of water, to the podium where, with a few raps of her gavel, Johnson commanded the room.

When the din of chattering representatives got too loud, or when arguments broke out in the chamber, as they did between Kat Cammack (R-Fla.) and House Democrats earlier in the week, Johnson called for order and “established decorum.”

And each time a vote failed (13 of Friday afternoon), it was Johnson who delivered the counts below an empty speaker’s chair, ending in a frustratingly familiar refrain: “No member elect having received a majority of the votes cast, a speaker has not been elected.”

It remains to be seen how much longer Johnson will shepherd the members-elect of the 118th Congress. On Friday afternoon, after another standing ovation from lawmakers thanking her for her service, Johnson presided over a motion to adjourn until 10 p.m. Eastern time, her tenure as the House’s leader extended one more time.