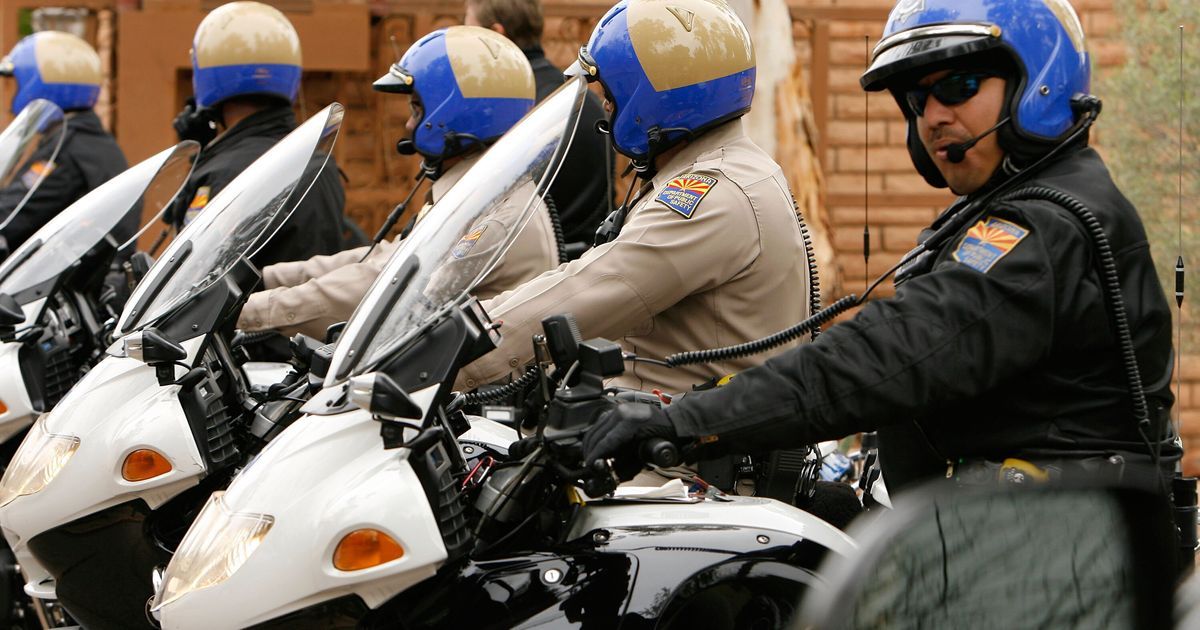 Amid mounting criticism from press freedom advocates, the Phoenix Police Department said Friday it is conducting an investigation into one of its officers handcuffing and detaining a Wall Street Journal reporter while he was interviewing people outside a bank.

The department confirmed that it’s acting on the matter after Matt Murray, the Wall Street Journal’s editor-in-chief, wrote a letter to Phoenix police raising concerns about the incident.

The incident in question involved Journal reporter Dion Rabouin, who covers markets for the paper. Though his encounter with police happened in November, it first gained attention this week after Arizona’s ABC15 reported on it and spoke with Rabouin. Per his account, he was in Phoenix visiting family over Thanksgiving. He decided to interview people outside a Chase Bank branch for a story he’s been working on about savings accounts. At one point, he said, employees came out to ask him what he was doing but never asked him to leave. Then, law enforcement appeared.

“I saw a police car pull up. And the officer came out, walked into the branch, after about five minutes came out, and talked to me,” Raboin told ABC15. “He asked me what I was doing. I identified myself. I said, ‘I’m Dion Rabouin. I’m a reporter for the Wall Street Journal. I’m working on a story. I told the people in the branch what was going on.’ And he said, ‘Well, you can’t do that.’”

Rabouin told the officer he would leave if it weren’t on public property, but the officer “shifted his body to keep me from moving or going anywhere.” Then, after some more back-and-forth, the officer started “grabbing at my arms,” he said. “And I was kind of flustered and drew back. And he was like, ‘This could get bad for you if you don’t comply and don’t do what I say.’ So he grabs my arms and really wrenches them behind my back and proceeds to put me in handcuffs.”

A bystander started filming at that point, showing the officer ― identified in the police report as Officer Caleb Zimmerman ― taking Rabouin over to his police vehicle. Rabouin told the officer he didn’t want to get in, later telling ABC15 he was worried what might happen once the bystander could no longer record them. Then, several other officers showed up, and Zimmerman undid Rabouin’s handcuffs.

Phoenix police said Friday that the officer approached Rabouin after the bank reached out.

“Bank personnel contacted police after they received customer complaints that a man was approaching people as they entered the bank asking them personal questions,” Scherer said. “The interaction between the officer and the man who was the subject of the complaint took place on private property.”

Rabouin says he had no idea the sidewalk in front of the Chase branch was designated private property. Zimmerman wrote in his police report that Rabouin was trespassing.

Murray, the Journal’s top editor, wrote in his letter to police that he’s “appalled and concerned that officers at your department would attempt to interfere with Mr. Rabouin’s constitutional right to engage in journalism and purport to limit anyone’s presence in a public location.”

The officer’s interaction with Rabouin, who is Black, has renewed focus on how law enforcement treats the Black community. Phoenix is no exception to national issues with racism in policing.

In 2021, the Justice Department announced a civil rights investigation into the department for numerous alleged misdeeds, including possible discriminatory policing against minorities. Phoenix police body camera footage has also captured officers saying they wanted to “stomp” on and “gas” Black Lives Matter protestors in 2021. And in 2020, the city agreed to pay a Black couple a $10 million settlement after officers pointed guns at them in front of their children, one of whom had taken a doll from a store without them knowing.