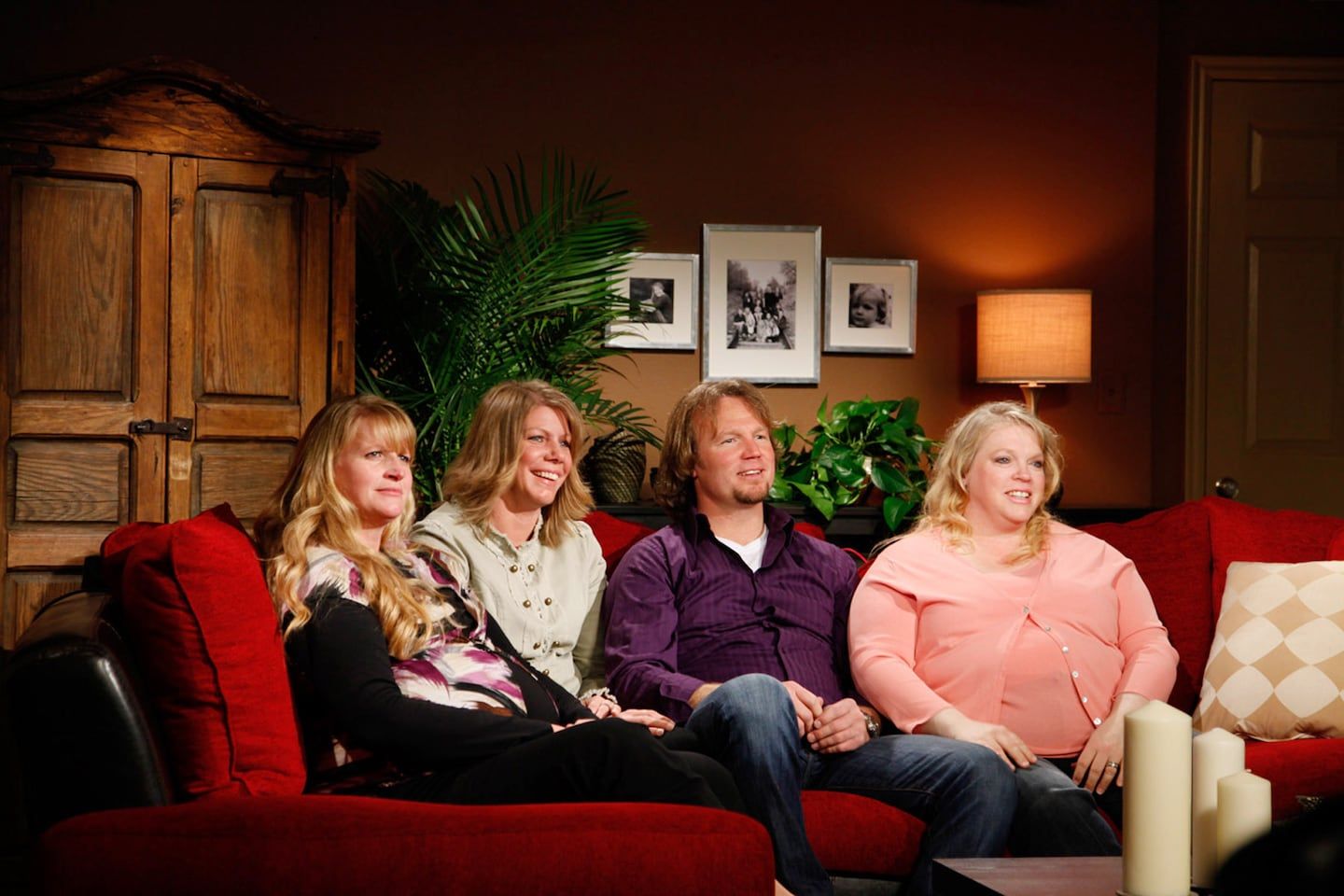 Thirteen years ago I started watching a show called “Sister Wives” and I never stopped. Have I seen a single episode of “Succession” or “Euphoria” or “Yellowstone” or “Better Call Saul”? I have not. But I have seen every episode of a third-tier reality show following the marriages of a fundamentalist Mormon polygamist named Kody Brown and his four wives, their 18 children, their assorted minivans, their recipes for mock tapioca pudding.

This season the show hit a turning point — the finale airs Sunday on TLC — and the family hit the skids. Long story short, the polygamists became de facto monogamists and it turns out I have a lot of feelings about all of this.

The Browns wanted viewers to know from the beginning that they weren’t fringey Warren Jeffs polygamists. They abhorred forced marriages and child brides and prairie dresses. The wives wore jeans, and they were always starting businesses or trying to hydrate more or rolling their eyes at Kody. They were normal, was their point. They wanted to show that religion-based polygamy didn’t have to be some patriarchal power trip. It could just be a collective of grown women who, as third wife Christine told viewers, “wanted the family, not just the man.”

The show kicked off with Kody’s marriage to his fourth wife, Robyn, the first newcomer to the family in 16 years. His established spouses joked that he deserved a hot, young brunette after all this time, but the series’ most fascinating moments were never about sex. They were about the business end of marriage and relationships, the negotiations required to be a part of a family. Should Meri, the wife who always wanted more children but could bring only one pregnancy to term, be allotted the same household budget as the other three wives, each of whom have five or six kids? Who cooks the turkey at Thanksgiving?

Online a whole community of “Sister Wives” devotees logged onto message boards every Sunday (I told you I was in deep) to snark at Kody’s fussy man-perms — this guy caught four wives? — or Robyn’s hyperactive tear ducts, but I have to tell you that I love this show without irony or restraint. Here was a family that had figured out a way to have it all, and it turns out that this required five parents. Wife Janelle could pull unapologetically long hours at the office knowing that Christine, a stay-at-home mom, was managing the home front. Meri’s infertility became less painful for her as she built special relationships with her sister wives’ children.

I don’t know whether the wives would have considered themselves feminists, but they were feminists, and evolving ones. When one Brown child came out as gay and then as transgender, the family’s reaction was to sputter a little and then hug the young adult and offer support. Lesbian marriage proposals were uncharted territory for the Browns, but they understood that their primary job as parents was to love their kids.

Year after year, the show depicted something that is hard to capture and harder to make interesting: Good people doing their best in good faith. A family thrown together by a religion but figuring out how to stay together by choice.

So here’s how it all went to hell.

It was covid’s fault, as so many things are. The four wives’ families — all of whom, by then, lived in separate houses — became isolated from one another during the pandemic. In the process of that, they started evaluating how much they really wanted to get back together once social life began returning to normal.

There’s more to it than that, but by the end of this season Christine had asked for a divorce and — previews of the Sunday episode tell us — Janelle and Kody had separated, and Kody told an interviewer that he no longer considered himself married to Meri. That left only Robyn, the hot young brunette who was by now middle-aged, and…

You know what, I am reading over all of this and realizing how insane I sound. Is there anything more tedious than listening to someone talk at length about a niche reality show that you have never seen? These weren’t the Kardashians. They weren’t influencers, except maybe for the subset of Americans aching for a tuna patty recipe that would feed 30 people.

If you are one of those viewers, then you’ll be thinking that I haven’t talked at nearly enough length, like about how Kody seemed to believe in egalitarian relationships between men and women, right up until his own marriage with Christine started to fall apart at which point, lashing out in hurt and panic, he told his remaining spouses that it was time to submit to patriarchy (Janelle rolled her eyes).

Can you imagine inviting cameras to follow your every move specifically because you wanted to show that your way of life was healthy and functional, and instead deciding to abandon that way of life? Lord. What an embarrassment. An episode late in the season showed Christine packing up to move to Utah and the rest of the family showing up before dawn to wave hideously awkward goodbyes to the woman who had never been legally related to them and now wasn’t spiritually related either. They stood around and scuffed their feet and then Kody went home with Robyn who was, of course, crying.

Maybe what “Sister Wives” was about all along wasn’t the wacky high jinks of an unusual marriage structure, but about what it takes to question whether you’ve grown out of something you thought you believed in. To think seriously about the life you’ve chosen. If you peel away enough layers, even the most shellacked versions of reality stars are just people on a journey, figuring out how to live the lives that will bring joy on the eternal or earthly plains.

The show isn’t over. A few weeks ago Christine told fans that she would still be a part of it, even though she no longer lived in the same state as the other members of the family, even though she was no longer a wife, much less a sister wife. Yesterday I clicked on a video for a spinoff project she’s working on, “Cooking with Just Christine,” and watched her make a pumpkin dessert. The recipe required just four eggs, instead of the full carton, because she wasn’t making it for her husband, his three other wives and their 18 children. She was making it for herself alone.