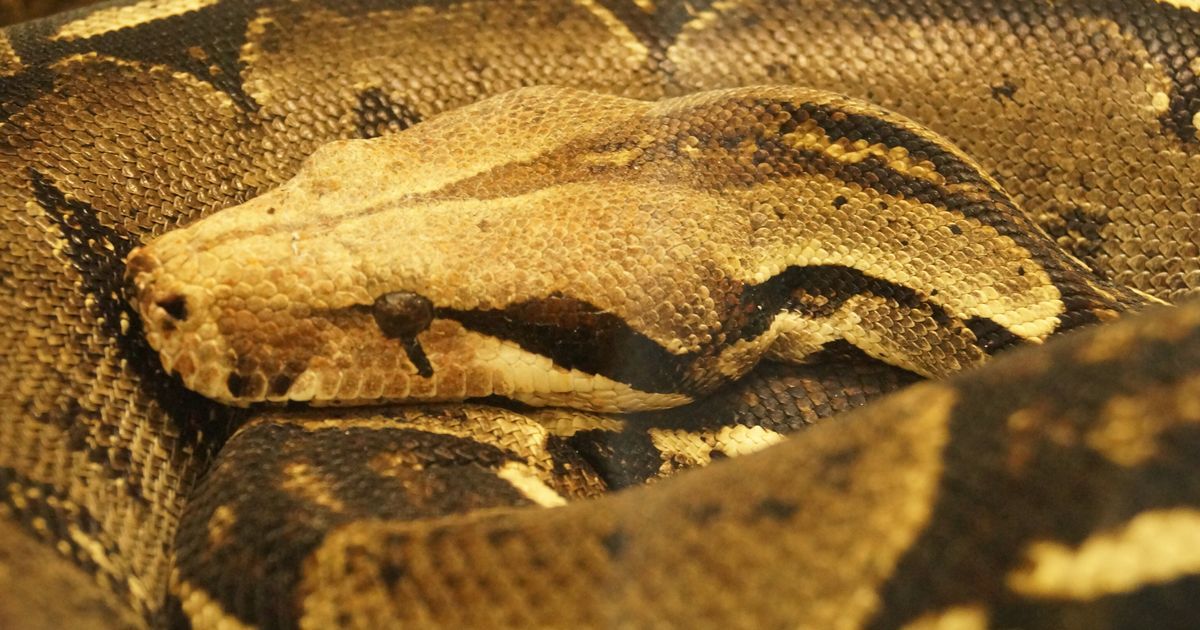 A “Snakes on a Plane” situation at Tampa International Airport was fortuitously prevented when Transportation Security Administration (TSA) officers discovered an enormous boa constrictor inside the carry-on bag of an unidentified passenger.

TSA publicized the incident on Dec. 15 in a pun-laden Instagram post and had no qualms about making light of the matter.

“There’s a danger noodle in that bag…,” it read. “Our officers at Tampa International Airport didn’t find this hyssssssterical! Coiled up in a passenger’s carry-on was a 4’ boa constrictor! We have no adder-ation for discovering any pet going through an x-ray machine.”

Lisa Farbstein, a TSA spokesperson, confirmed the passenger was a woman. Farbstein told CNN that the transportation agency notified the airline she was “ticketed to fly on,” and — in perhaps the least surprising decision — “the airline did not permit the snake on the plane.”

“Do you have asp-irations of taking a snake on a plane? Don’t get upsetti spaghetti by not understanding your airline’s rules,” wrote the TSA in the post. “For instance, airlines don’t allow nope ropes in carry-on bags, and only a few allow them to slither around in checked bags if packaged correctly.”

Ultimately, this type of mistake is far from uncommon.

One person at New York’s John F. Kennedy International Airport was reportedly shocked to find a cat in his carry-on last year — and said one of their roommates must’ve packed it. Meanwhile, staff at the Dane County Regional Airport in Madison, Wisconsin, found a dog in a backpack.

The TSA instructs passengers to remove pets from their carrying cases to be sent through screening machines. Boa constrictors, which kill their prey by wrapping around them to asphyxiate them, are typically only allowed in checked luggage.

The dad-joke barrage of an Instagram post pointed readers to “AskTSA,” a Twitter information portal that can be reached seven days per week between 8 a.m. and 6 p.m. EST. Unfortunately, if recent animal discoveries by the TSA are any indication, some passengers still have a lot to learn.