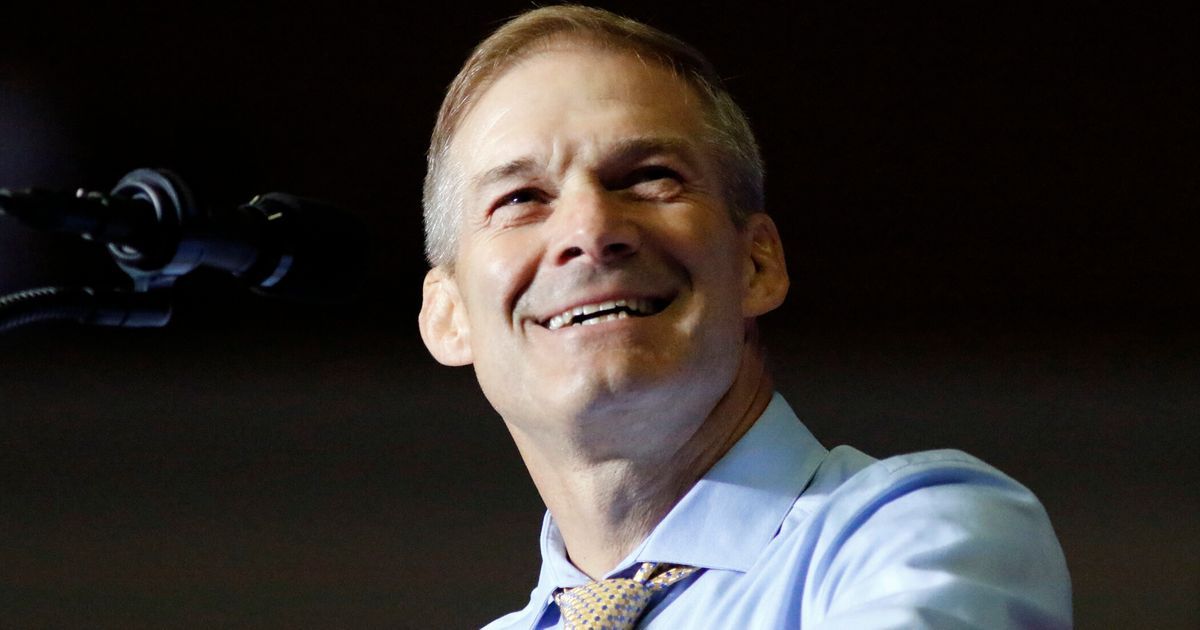 Rep. Jim Jordan (R-Ohio) apparently felt it was no big deal that GOP lawmakers nearly got into a physical fight on the House floor over the chaotic effort to elect their new speaker.

Gaetz was among a group of about 20 GOP holdouts preventing Rep. Kevin McCarthy (R-Calif.) from winning his bid to lead the Republican Party’s majority. Gaetz ultimately voted “present” in the 15th round of votes Saturday, allowing McCarthy to become speaker after he made a host of concessions to the far-right bloc.

On “Fox News Sunday,” host Shannon Bream mentioned the confrontation and asked Jordan how Americans can trust his party to govern after what played out.

“Sometimes democracy is messy, but I would argue that’s how the founders intended it,” Jordan said. “They wanted real debate, real input from all people, and then you get a decision ― whether it’s one vote or 15 votes, Kevin McCarthy is still speaker of the House. I have seen all kinds of games go into extra innings and overtime. That’s just how it works.”

“I would argue that’s exactly how the founders intended it” — Jim Jordan on Fox News Sunday in response to a question about Republicans nearly coming to blows on the House floor pic.twitter.com/5p56KOIAfi

The last time a House speaker election required two or more votes on the floor was 1923. The last time it required 15 or more was before the Civil War.

The standoff reflected significant divisions within the GOP caucus, and many political observers viewed it as a concerning preview of what’s to come in a House under narrow Republican control. Republicans won a 222-212 majority in the November midterms.

Some Republicans, like Jordan, have waved away criticism over the voting circus. Rep. Chip Roy (R-Texas), who voted against McCarthy in the first 11 rounds, argued that a “little temporary conflict” was a good thing.

Others, however, have voiced concerns about the deal McCarthy struck. “You can’t let the insurgency caucus take hold and dictate,” Rep. Tony Gonzales (R-Texas) said Sunday, predicting that this was “only the beginning” of a “rough and rowdy” session of Congress.

Democrats ― and apparently, many voters ― were unimpressed with the Republican disarray. House Minority Leader Hakeem Jeffries (D-N.Y.) said Sunday that he was “very troubled by the way the Congress has started, and hopefully, that doesn’t portend for what’s to come.”

According to recent polling by CBS News/YouGov, a 55% majority of respondents said they disapproved of the speaker election process.