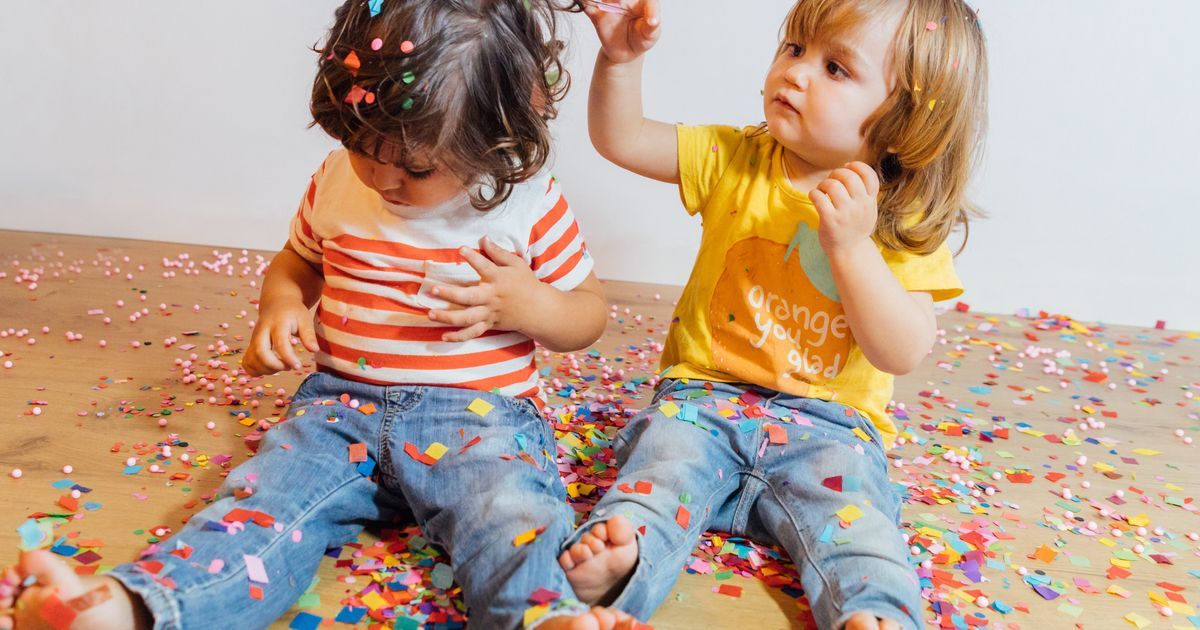 They say experience is a great teacher — and parents of young kids can certainly attest to that.

Maybe you were feeling bold and decided to take a long road trip with your child — only for them to scream at the top of their lungs for hours, squeeze their yogurt pouch all over the back seat and then get carsick. Or maybe you decided to let your kid do Play-Doh in the TV room for once and then spent an eternity picking tiny pieces out of your carpet.

Sometimes you have the best of intentions, but the plan just blows up in your face. We asked parents of toddlers what they’d simply never do again — learn from their mistakes below:

1. Take A Toddler To The Ballet

“Tickets to ‘The Nutcracker’ were expensive, and my daughter was terrified of the ‘large rats’ onstage at the beginning of the show. We had to leave immediately, and I gave the tickets to two teens outside the venue.” — Tanja K.

2. Fail To Keep Permanent Markers Under Lock And Key

“I left a permanent marker on the counter after doing some labeling, and my toddler son found it and drew on our couch and wall.” — Dr. Stephanie Liu

3. Let Their Kids Watch A Show They Can’t Stand

“I would never have introduced them to ‘Caillou.’” — Libby A.

“My boys are a year apart, and I always had them wear coordinating outfits right down to hats and socks. When my older one was 3, we were going to a birthday party and I wanted him to change his clothes. It ended up being a screaming fight where I was hovering over him and terrifying him. Completely not worth it. That was the ugliest parenting moment, and I never did it again. I have to say I absolutely love the zany outfits they put together. Their individual personalities really began to emerge.” — Shannon Y.

5. Take Their Toddler To A Wake

“I took my 3-year-old to a wake where she said, ‘Hey! What’s that lady doing sleeping in that toy box!’” — Laurine F.

“It was an outdoor funeral, in summer, during the heat of the day, at nap time. Beyond regret getting talked into that one, but grief skewed my logic and I got guilted into bringing my toddler so Grandma could ‘show her off’ one last time. I’ve learned to trust my instincts significantly better after that.” — Theresa C.

7. Assume The Restaurant Will Have A Kid Activity

“When I was a kid, literally every restaurant I went to had [some] coloring menus and crayons. Unfortunately, as a parent, I assumed this was standard. Turns out, I was wrong. Some places still have something to entertain your kids while you wait for food, but many places don’t have these options anymore. Now I always come prepared with a backup plan: a cheap coloring book and a set of washable markers or colored pencils in a Ziploc bag. I keep it in the car [and] toss it in my purse on the way in to almost anywhere. Why not crayons? Because they will melt in a hot car in the summertime.” — Gina McMillen

8. Allow Sparkles In Their Home

“I will never again buy anything containing glitter or confetti.” — Shoshawna H.

9. Or Slime, For That Matter

10. Try To Make Their Kid Sit In A Shopping Cart

“Once my kids learned to walk, they no longer had an interest in sitting in shopping carts or strollers. They were ready to just go! I remember, for a time, I would try to get them to sit in the cart, but when I changed my mindset to finding ways to have them participate in the shopping trip instead of sitting in the cart, life got easier.

Eventually, I started to look forward to shopping trips as a way for my busy toddler to burn off energy and learn a little bit as well. I will never forget the big smile my son would have on his face when he was able to find the item that we were searching for and be able to ‘help’ me put it in the cart!” — Kayla O’Neill

11. Let Mom Guilt Get The Best Of Them

“I would never again feel guilty about everything I was doing ‘wrong.’ In hindsight, I did just fine.” — Heather J.

Responses have been lightly edited for clarity and length.