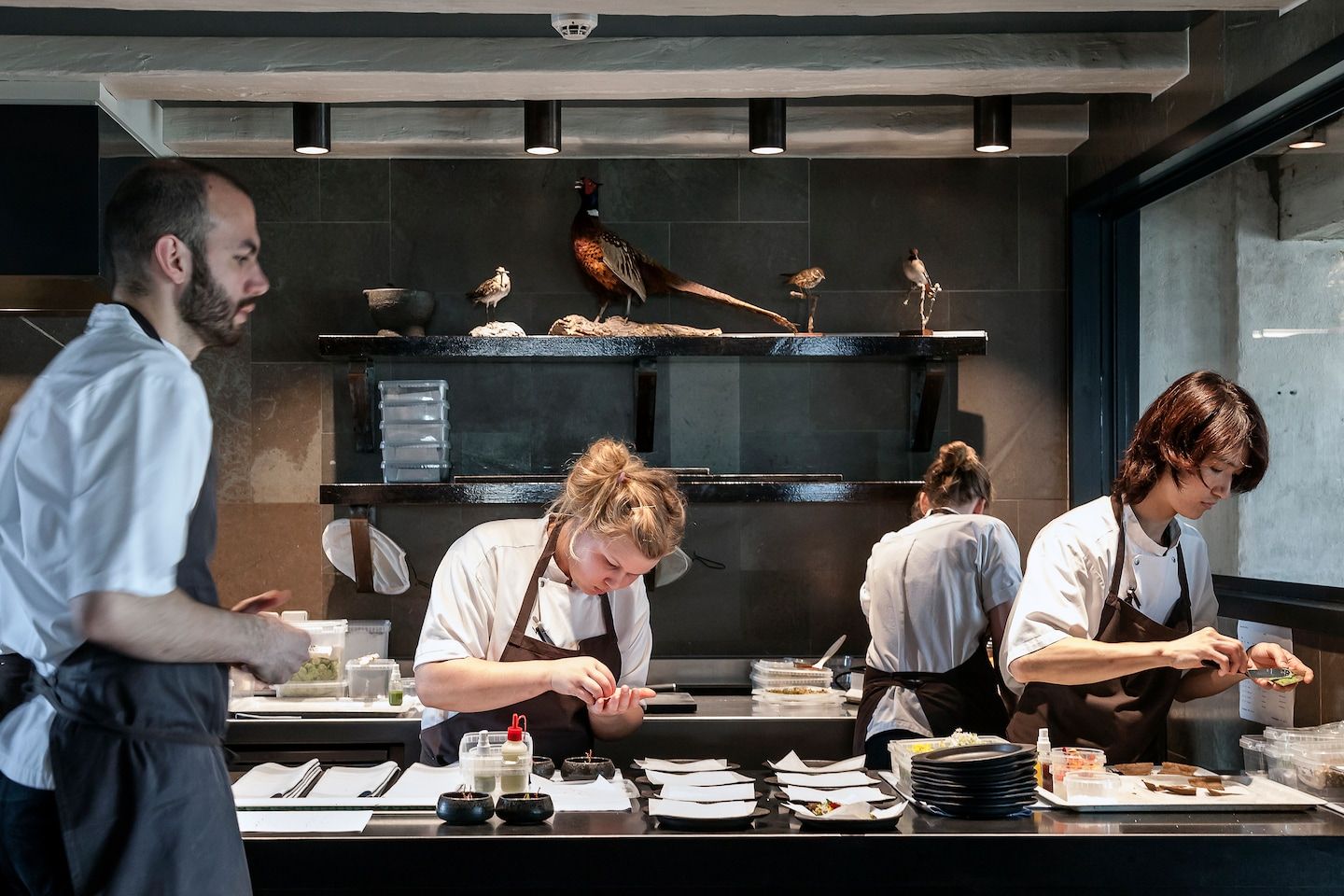 Noma, the epicenter of the New Nordic cuisine movement, became a magnet for cooks as chef René Redzepi’s dining room in Copenhagen inched further up the list of the World’s 50 Best Restaurants. The Michelin-starred destination attracted young cooks, eager to put Noma on their résumés. But it also attracted well-established chefs who wanted to see firsthand how Redzepi’s team foraged wild ingredients, whether sea lettuces or Danish wood ants, and coaxed new fermented flavors into existence in an arctic region once considered a place where fine dining went to die.

On Monday, Redzepi announced that Noma will stop serving guests at the end of next year. The restaurant will evolve into a food laboratory, according to the New York Times, which broke the story. It will develop products for Noma’s e-commerce arm while hosting occasional pop-ups in its dining room.

The news immediately sent shock waves through the dining community and sent reporters searching for former Noma cooks and stagiaires to talk about the restaurant’s legacy and its famously demanding kitchen, where Redzepi was known for his world-class meltdowns almost as much as his world-class cooking. The Washington Post reached out to a number of former Noma employees and interns for their opinions.

David Zilber was the head of the fermentation lab at Noma when he left the restaurant in 2020, but he had been hired six years earlier as a chef de partie. The standard workweek in Denmark, Zilber said, was about 37 hours. But not at Noma. “There was easily, easily weeks at Noma in my first year where I worked three times that. Waking up at 5 a.m. in the morning and going to bed at 3 a.m.” the next day, he said.

“It takes its toll,” Zilber added. “You know, I was there for six years, and I like to joke that it’s like multiplied by three. So it feels like 18, quite honestly.”

Like Zilber, Malcolm Livingston II was hired at Noma in 2014. Livingston came from New York, where he had created desserts at chef Wylie Dufresne’s wd~50, the avant-garde restaurant on the Lower East Side. But even that didn’t prepare him for the innovations that lay ahead at Noma.

“Rene definitely didn’t like sweet desserts, but he wanted to desserts to be extremely craveable,” Livingston said. “The time that I was there, I never thought I would crave ants and brown sugar in a dessert, but it’s actually amazing.” The dessert, as best as Livingston remembers it, featured a creamy koji mousse with a paste of green herbs and a spread that combined muscovado sugar with foraged Danish wood ants.

“Noma doesn’t look at the pastry department like this other section,” Livingston added. “It’s a part of it. Meaning that, it’s the first restaurant where the guests came in, and my section was picking up maybe the first one or two courses for the menu. So you’re really part” of the experience.

When Jeremiah Langhorne, chef and owner of the Dabney in Washington, staged at Noma in 2009, the restaurant had not reached No. 1 on the World’s 50 list. It wasn’t crawling with unpaid stagiaires back then. Langhorne remembers being one of about eight in the kitchen. As such, he had the opportunity to do more at Noma than later interns would. Yes, he picked thyme leaves, but he also foraged in the woods, made stocks and butters, and worked all the stations in the kitchen. More important, he took what he learned back to Charleston, where he was working for chef Sean Brock at McCrady’s.

Langhorne knew that other chefs, including Michel Bras in France, were already foraging for ingredients. But no one had dared to try it in a harsh Scandinavian landscape, where the growing season was limited and the winters brutal. If Redzepi could make it work in Denmark, Langhorne could certainly do the same in South Carolina, where the young chef was surrounded by an abundance of wild ingredients.

When Langhorne returned, Brock gave him the green light to start searching the landscape for ingredients. McCrady’s, Langhorne recalls, might prepare a local fish but encrust it with lichens that he foraged. They would then serve the encrusted fish with crosnes, sometimes called a Chinese artichoke, which Langhorne had dug up. “That was a really great environment to explore,” Langhorne said of the area around Charleston. “When you look at the beach, there are 15 to 20 different things on the coast that you could forage.”

While Langhorne found inspiration at Noma, Michael Rafidi found just another job. Rafidi, the chef and owner of Albi in Washington, spent a couple of months at Noma in 2011 while waiting for a new restaurant to open in Philadelphia. He sold practically everything he had, including his car, he said, and used the cash to underwrite his stint in Copenhagen. He figures he poured about $15,000 into the gig at Noma, which did not pay him for his work.

The culture of Copenhagen, Rafidi said, “rubbed off on me, but at the end of the day, I wouldn’t say that being a part of 40 other stagiaires in the kitchen taught me how to be a chef or how I look at food.”

Then again, Rafidi wasn’t a newbie. He had already cooked for a couple of years at the respected Blue Duck Tavern in the District. Rafidi also didn’t have as much hands-on experience at Noma as Langhorne or Zilber. As the head of the fermentation lab, Zilber said, he had hundreds of experiments going at once. Only a small fraction of those, about 5 percent, would make their way onto the menu, he said.

Still, the lab made a huge impact, both on the food at Noma and on the wider community of chefs.

“There was definitely a before and after of when fermentation makes its appearance in force on Noma’s menu,” said Zilber, who is now a food scientist at Chr. Hansen, a large bioscience company in Denmark. “It made the cooking more complex. It was like adding a dimension of space to what was already a very complicated cuisine. You weren’t just working a landscape that you could travel on.”

“It changed cooking. It changed the way that restaurants viewed their ability to be primary producers” of ingredients rather than mere purchasers of them, Zilber said. “There’s this shift from the view of the chef as the macho, womanizing Marco Pierre White brute to, like, ‘Hey, I’m a nerdy tinkerer who has a mild case of Asperger’s and I love taking things apart and putting them back together.’”