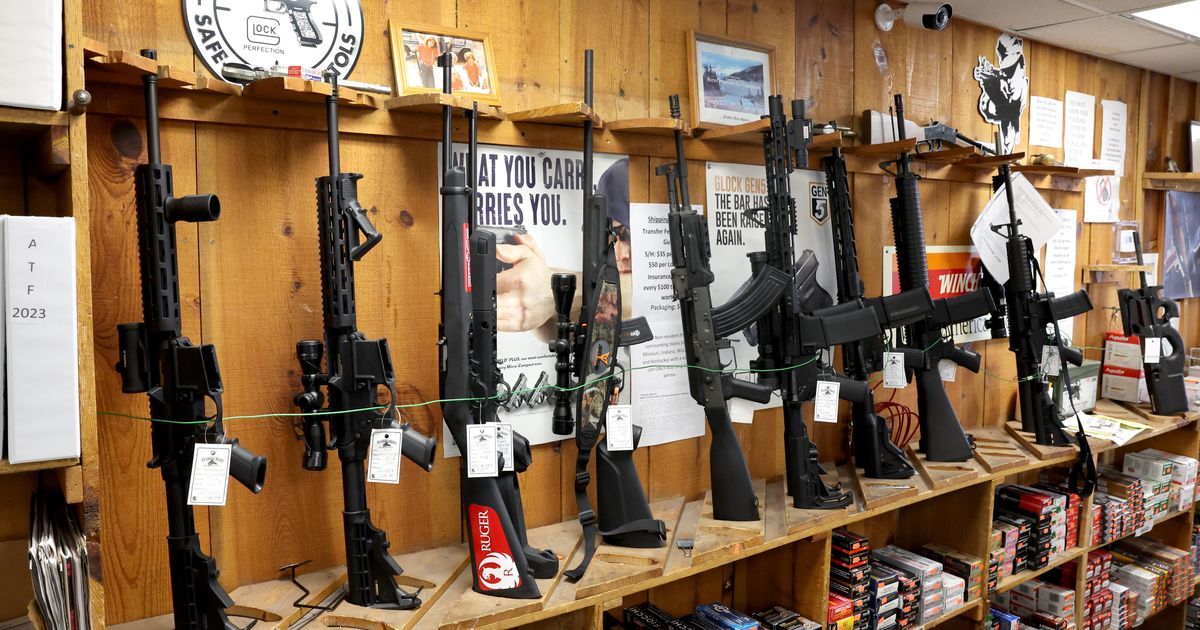 Less than a week into his second term, the Democratic governor signed the Protect Illinois Communities Act, which was finalized by state lawmakers just hours before. The legislation, introduced during the state’s veto session last month, makes Illinois the ninth state to enact an assault weapons ban, and goes into effect immediately.

“No Illinoisan, no matter their zip code, should have to go through life fearing their loved one could be the next in an ever-growing list of victims of mass shootings,” Pritzker said in a statement. “However, for too long people have lived in fear of being gunned down in schools, while worshiping, at celebrations or in their own front yards.”

The new law prohibits the manufacture, sale and future purchase of semi-automatic firearms, high-capacity magazines and rapid-fire devices that turn firearms into machine guns. The legislation also has language strengthening the state’s Firearm Restraining Order law, which helps keep guns away from people in crisis.

State residents who already possess assault weapons will be permitted to keep them as long as they register the firearms with the Illinois State Police.

Incredibly important is that the law addresses illegal gun trafficking in the state. While Illinois has some of the strongest gun laws in the country, the state’s gun-related crime statistics often stem from illegal firearm traffickers taking advantage of Illinois’ neighboring conservative states with relaxed gun safety policies. Chicago in particular is very close to the Wisconsin and Indiana borders ― two states that make it relatively easy to purchase a gun.

“Across the country and right here in Illinois, my generation is bearing the brunt of our gun violence crisis,” said Mirabella Johnson, a volunteer with the Illinois chapter of gun safety advocacy organization Students Demand Action. “We are proud to live in a state that is putting our safety first, and we are excited to work hand in hand with our lawmakers as we continue the work to save lives.”

Chicago’s GoodKids MadCity (GKMC), a Black and brown-led youth nonprofit fighting to end violence in communities, responded to the assault weapons ban by stressing that lawmakers should ensure the legislation also applies to police. Researchers told The Trace, a newsroom that covers gun violence, that there is evidence that an officer’s firearm increases the potential for escalation ― and lethal violence ― in many situations they confront. But trying to pass gun control legislation inclusive of police officers would likely face a losing battle against Republicans and pro-police Democrats.

Three main things for us!

1. This band should also apply to Police!

The assault weapons ban comes after the Chicago suburb of Highland Park experienced a shooting massacre during a Fourth of July parade last year. The rooftop gunman used a legally purchased AR-15-style firearm to shoot more than 70 rounds into the crowd, killing seven people and wounding dozens. The suspect has pleaded not guilty to murder charges.

Pritzker honored the shooting victims by reading their names during the bill signing Tuesday. The chief co-sponsor of the bill, Democratic state Rep. Bob Morgan, was a survivor of the massacre.

The White House released a statement on Wednesday commending Pritzker, Morgan, elected officials, survivors and advocacy leaders “whose tireless efforts turned the pain of Highland Park and other acts of gun violence into meaningful action on behalf of all Illinoisans.”