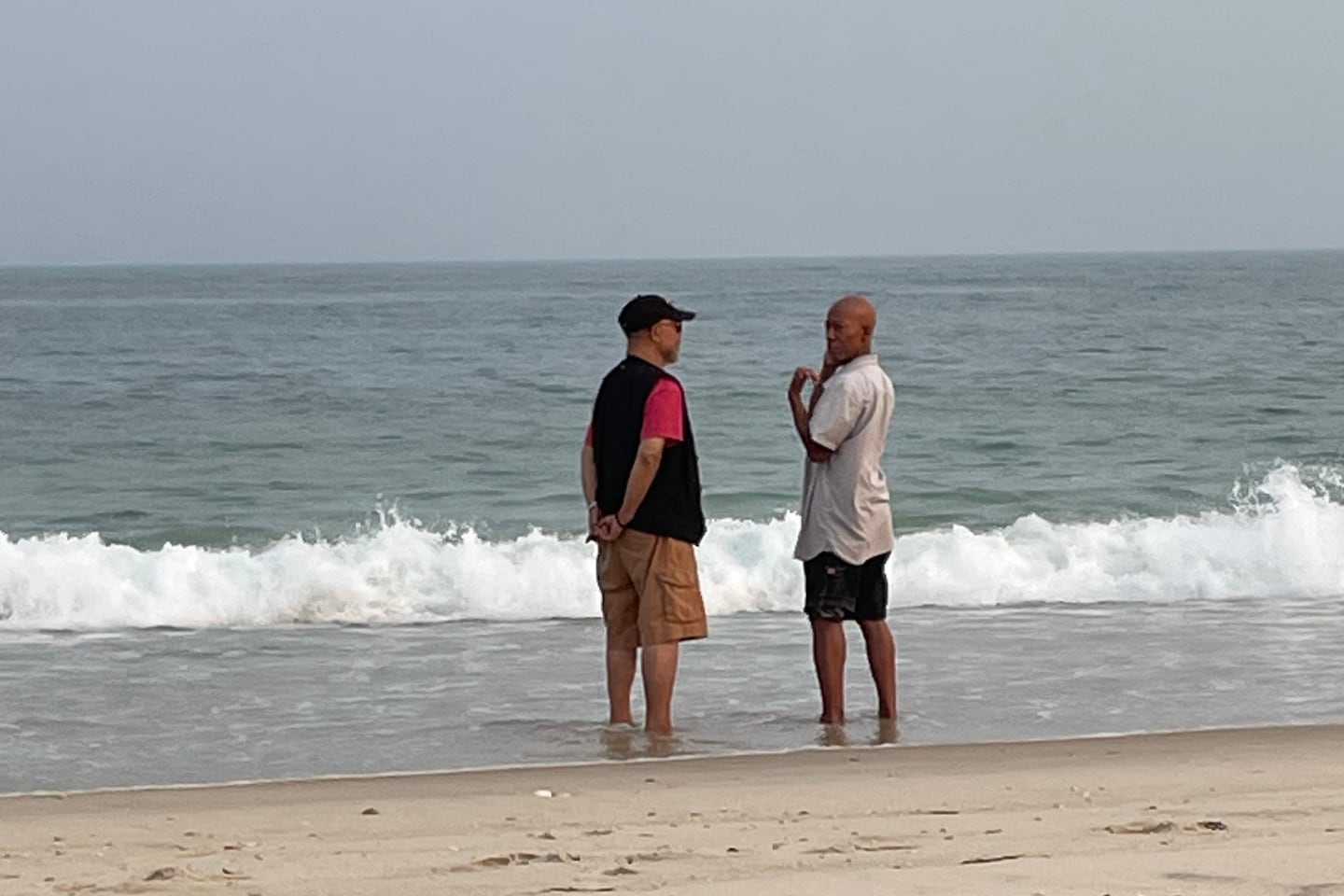 Jerry Pinkney, an award-winning illustrator of more than 100 children’s books, worked on another project for years. It was the story of his adventures growing up in Philadelphia, Pennsylvania, from ages 9 to 13.

Pinkney died in October 2021, at age 81, before he could finish that book’s artwork. But he had done a lot of sketchbook drawings for it, and they fill “Just Jerry: How Drawing Shaped My Life,” which publishes this month.

The book’s title comes from his childhood. Other kids, including his siblings, teased him because “Jerry” seemed like a nickname, not a “real” first name like Gerald or Jerome. His mother always responded with “Just Jerry is enough. He’ll make something of his name someday.”

Jerry Pinkney’s son Brian, who is also an admired illustrator, says that the book’s title has extra meaning for him. “My father was just. He was a very fair man. I took it for granted when I was growing up, but I have heard from so many people that he was one of the nicest men they knew.” He adds with a laugh, “My father gave very just punishments whenever we took the car out without asking.”

Jerry Pinkney grew up on a street in Philadelphia that was next to a cemetery. As he explains in “Just Jerry,” it was a location that was not considered desirable by White home buyers. Black home buyers saw an affordable place to live and created a friendly community on East Earlham Street. Kids ran and played under the caring eyes of older neighbors.

Brian Pinkney remembers going back with his three siblings to see their grandparents, aunts, uncles and cousins.

“We would visit every summer and do all the same things that he did,” he said.

Even as a child, Jerry was a talented artist. He would sketch scenes from the movies he saw with his friends. He drew his family members and neighborhood. As he wrote in “Just Jerry,” “Everything I saw, heard, felt, tasted, and smelled, I’d think of as a picture.”

In the book, Jerry also mentions his reading and writing problems: “When I looked down at the page, the words seemed to be swimming in murky water.” Only much later did he realize he had dyslexia (pronounced diss-LEX-ee-uh). Brian says that for his father, and for himself, drawing and painting provided “another way of seeing.”

Brian remembers going up to see his father at work in his home studio. “I would come home from school, and we would discuss my day and what he was drawing.” Sometimes he and his siblings helped in his father’s studio. “My mother had a costume closet for us, and we would act out the scenes of the story he was illustrating.”

His favorite story in “Just Jerry” concerns a time when 9-year-old Jerry drew on the wall by his bunk bed; blank paper was hard to find and too small for all his ideas. Young Jerry came home one day to find that his father had painted over the wall. “At first my father thought his father was sore at him, but he had just wanted to give my father a blank slate to make more art,” Brian said.

Asked if he also drew on the walls of his bedroom when he was a kid, Brian laughs and says he did not. “That’s why they gave us art supplies.”

A reminder from the KidsPost team: Our stories are geared to 7- to 13-year-olds. We welcome discussion from readers of all ages, but please follow our community rules and make comments appropriate for that age group.