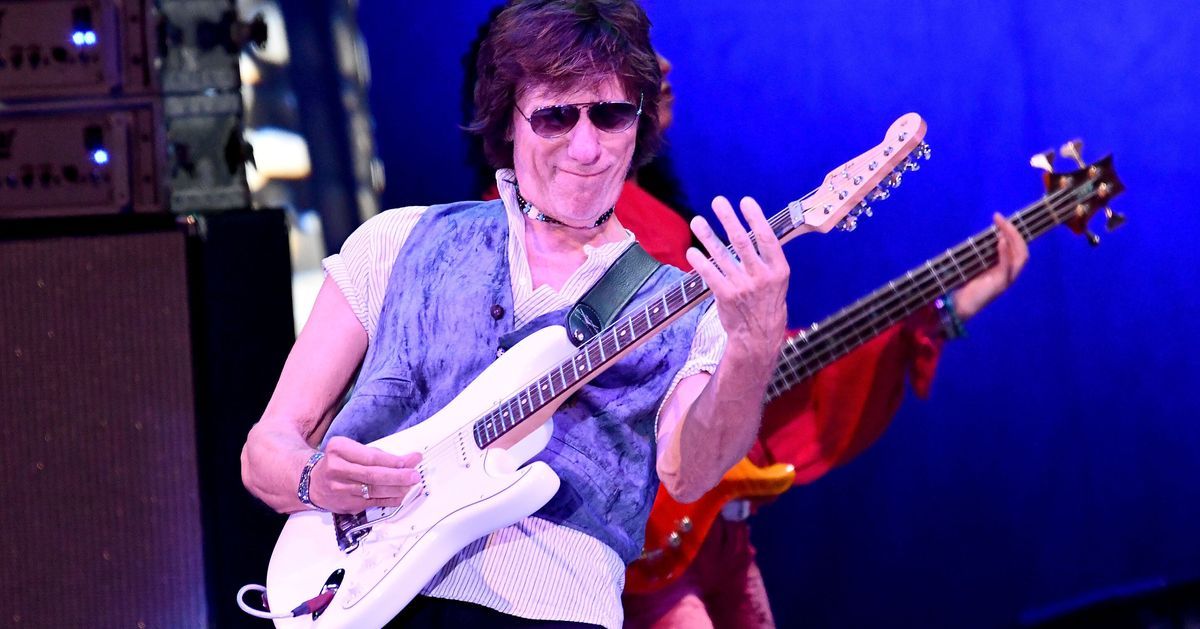 The rock world was stunned on Wednesday by news of the sudden death of guitar legend Jeff Beck.

Beck’s family announced that the two-time Rock & Roll Hall of Famer died Tuesday after a short battle with bacterial meningitis.

Beck, who had just completed an album and concert tour with actor Johnny Depp, was one of the most influential guitarists of all time, playing across genres including rock, jazz, blues and metal.

Rod Stewart, who rose to fame as vocalist of the Jeff Beck Group in the late 1960s, said the guitarist was on “another planet.”

“He was one of the few guitarists that when playing live would actually listen to me sing and respond,” he wrote on Twitter. “Jeff, you were the greatest, my man.”

🙏Now Jeff has gone, I feel like one of my band of brothers has left this world, and I’m going to dearly miss him. I’m sending much sympathy to Sandra, his family, and all who loved him. I want to thank him for all our early days together in Jeff Beck Group, conquering America. pic.twitter.com/UareDAdtZ9

“To see him play was to hear the ultimate 6 string alchemist create magic in a world of its own,” he wrote on Twitter. “With his passing, the world is a poorer place.”

“No one played guitar like Jeff,” he wrote on Twitter. “Please get ahold of the first two Jeff Beck Group albums and behold greatness.”

Other rockers also took to Twitter to pay tribute:

I’m heartbroken he looked in fine shape to me. Playing great he was in great shape. I’m shocked and bewilderedDeepest sympathy to his wife friends close ones I’m bewildered Jeff Beck it don’t make sense I don’t get it. He was a good friend and a great guitar player

The loss of our friend Jeff Beck is crushing. All our love and prayers go out to his family, his friends, and his fans around the world. Until we meet again, Jeff. – Team BG pic.twitter.com/579qviqPSc

I am devastated to hear the news of the death of my friend and hero Jeff Beck, whose music has thrilled and inspired me and countless others for so many years.
Polly‘s and my thoughts go out to his lovely wife Sandra.
He will be forever in our hearts. pic.twitter.com/369rHU7BCX

With the death of Jeff Beck we have lost a wonderful man and one of the greatest guitar players in the world. We will all miss him so much. pic.twitter.com/u8DYQrLNB7

The great Jeff Beck has taken his genius and gone home. My guitar idol since age 15. For the uninitiated, check out his amazing work on (where do I begin) Roger Waters ‘Amused to Death’. His gift was impossible to copy and won’t be repeated. Thankful for huge legacy. God speed JB pic.twitter.com/oXiw04jfKu

I’m so sad to hear about Jeff Beck passing. Jeff was a genius guitar player, and me and my band got to see it close up when we toured with him in 2013. One of the highlights we did was “Danny Boy” – we both loved that song. Love & Mercy to Jeff’s family. pic.twitter.com/eZFHpHgiKt

The six stringed Warrior is no longer here for us to admire the spell he could weave around our mortal emotions. Jeff could channel music from the ethereal.

His technique unique. His imaginations apparently limitless. Jeff I will miss you along with your millions of fans. Jeff Beck Rest in Peace.https://t.co/4h1DfXXmWI

I was totally shocked to hear the very sad news of Jeff Beck’s passing. Jeff was such a nice person and an outstanding iconic, genius guitar player – there will never be another Jeff Beck. His playing was very special & distinctively brilliant! He will be missed. RIP Jeff -Tony pic.twitter.com/i6BGdqTUKU

Shocked to hear of the sudden death of Jeff Beck. Truly one of the greats. First time I saw him was in 1966 with the Yardbirds. Brilliant, unique guitarist. RIP pic.twitter.com/qaeJHGJymM

So, now when someone asks me “Who’s your favorite guitarist — living or dead?” I will say what I always say: “I can’t answer that.” But my very short list will include Jeff. There will never be another Jeff Beck. RIP. pic.twitter.com/upQSSaJVQj

Absolutely one of my favorite guitarist of all time! The “Truth” album changed my life. As a singer and guitarist, I wanted to be Jeff Beck and Rod Stewart rolled into one— we all did. What a loss. We will all miss Jeff. My love and condolences to his family and loved ones. pic.twitter.com/0AgQsCHN76

RIP Jeff Beck. Having trouble processing this. Not only was he a major influence, and his genius an infinite source of joy my entire lifetime, he was in great spirits when we spoke a few weeks ago having done a flawless show with Johnny the night before at the Capitol. Unreal. pic.twitter.com/D9g9mY8cNC

WOW. What awful news. Jeff Beck, one of the all time guitar masters has died. From The Yardbirds and The Jeff Beck Group on, he blazed a trail impossible to follow. Play on now and forever. @jeffbeckmusic pic.twitter.com/8LVeq47wxx

Devastating news about the loss of much loved, influential guitar legend Jeff Beck. He made the electric guitar sing… a powerful influence on myself and many others.

@jeffbeckmusic Was the Picasso of Rock & Roll. Unlike every other guitar player, he created music that literally sounded as if he was an alien,following no rules, no clichés,a true master of the instrument. I am shocked and saddened by his passing RIP Jeff Beck. pic.twitter.com/rE4QQ2EspE

We mourn the loss of Jeff Beck, a brilliant musician and friend. Our tours with Jeff were delights from both personal and sonic perspectives. We’re thankful that we were privileged to share so many stages with him over the years and will truly miss his artistry and personality. pic.twitter.com/Dfum1hYG9R

Jeff Beck Dead at 78. My forever guitar hero has gone.
I can’t even begin to tell you all how much his music inspires me and millions of others.
Beck was the king. All of my love to his family and loved ones. #RIPJeffBeck https://t.co/GUCYkZc3XY

As Jamie West-Oram once said, “There is no ‘best’ guitarist in the world…Except there actually is ….Jeff Beck”. There will never be another.