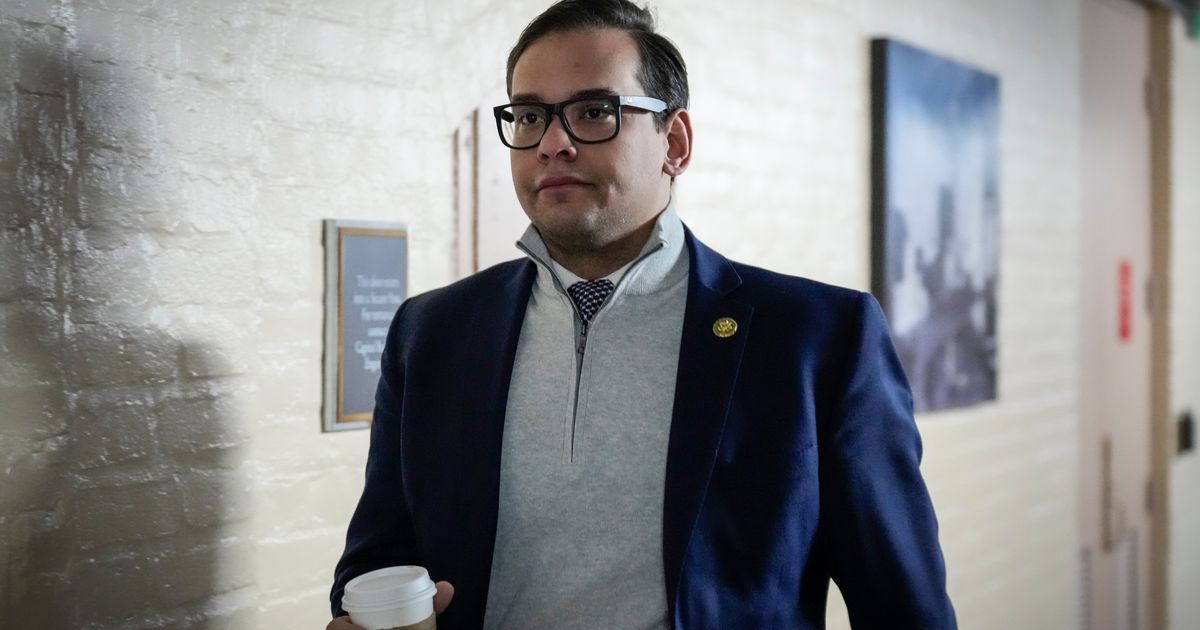 Less than a week into his tenure in the House, Rep. George Santos (R-N.Y.) already has legislation named after him: The SANTOS Act. This bill punishes congressional candidates who willfully lie to voters about who they actually are.

Two fellow New York lawmakers introduced the bill on Thursday, called the Stopping Another Non-Truthful Officer Seeker Act. Under their bill, a candidate for Congress who knowingly provides false information about their background would be punished with a $100,000 fine or one year in prison. Or both.

The bill from Democratic Reps. Ritchie Torres and Dan Goldman come amid a steady stream of bombshell revelations showing that Santos lied about virtually every detail of his life story during his congressional campaign.

He lied about where he went to high school, graduating from college, being a star volleyball player at a college he never attended, running a real estate empire, having a high-profile career on Wall Street, running a charity that saved thousands of dogs, and being a biracial descendent of Ukrainian Jews whose grandparents survived the Holocaust.

The New York Republican has also claimed that his mother was a finance executive who died as a result of the 9/11 attacks and that four of his employees died in the 2016 Pulse nightclub shooting. However, no evidence backs up either of these claims.

“I am appalled at the level to which George Santos has purposefully and continually lied to the American public about every facet of his professional and personal life,” Torres said in a statement. “His deception is a stain on our Democratic process and threatens to corrupt the very institution in which I am deeply humbled and proud to serve.”

Santos has also claimed to be married to a man and cast himself as the first openly gay non-incumbent Republican elected to Congress. But the Daily Beast could not find a marriage record in New York, and when Santos arrived in the House this month, he was not wearing a wedding ring. There is evidence he was previously married, though: to a woman in Queens, whom he divorced in 2019.

“The web of lies George Santos used to defraud his voters is a threat to our free and fair elections, and we have an obligation to ensure nothing like this ever happens again,” Goldman said in a statement. “His entire candidacy for Congress was predicated on a campaign of disinformation designed to deceive the voters. Santos lied about this entire biography and resume, including religion, family history, education, and professional experience.”

He added: “I am proud to join my fellow New York Congressman Ritchie Torres to introduce this critical piece of legislation to safeguard the democratic process.”

Here’s a copy of the SANTOS Act. It’s not likely to go anywhere, but it’s a hell of a starting point for the new Congress.

Santos has told so many lies that he’s currently being investigated by the Nassau County district attorney, the New York State Attorney General’s office, and federal prosecutors in the Eastern District of New York.

A growing number of members of Congress have called on Santos to resign, as have state and local New York Republican leaders.

Santos told reporters Thursday he has no plans to step down unless “all 142,000” New Yorkers who elected him ask him to go.

Speaker Kevin McCarthy (R-Calif.) has refused to condemn Santos and said he plans to move forward with seating him on committees, which he doesn’t have to do. Asked Wednesday if he planned to take any action against Santos given his fictional resume, McCarthy said only, “In America today, you’re innocent until proven guilty.”

The reality is that McCarthy needs Santos to stay in office for his own purposes because of the Republicans’ razor-thin majority. McCarthy can only afford to lose four GOP votes on anything, and without Santos seated, he would have an even tighter margin to work with to pass anything.