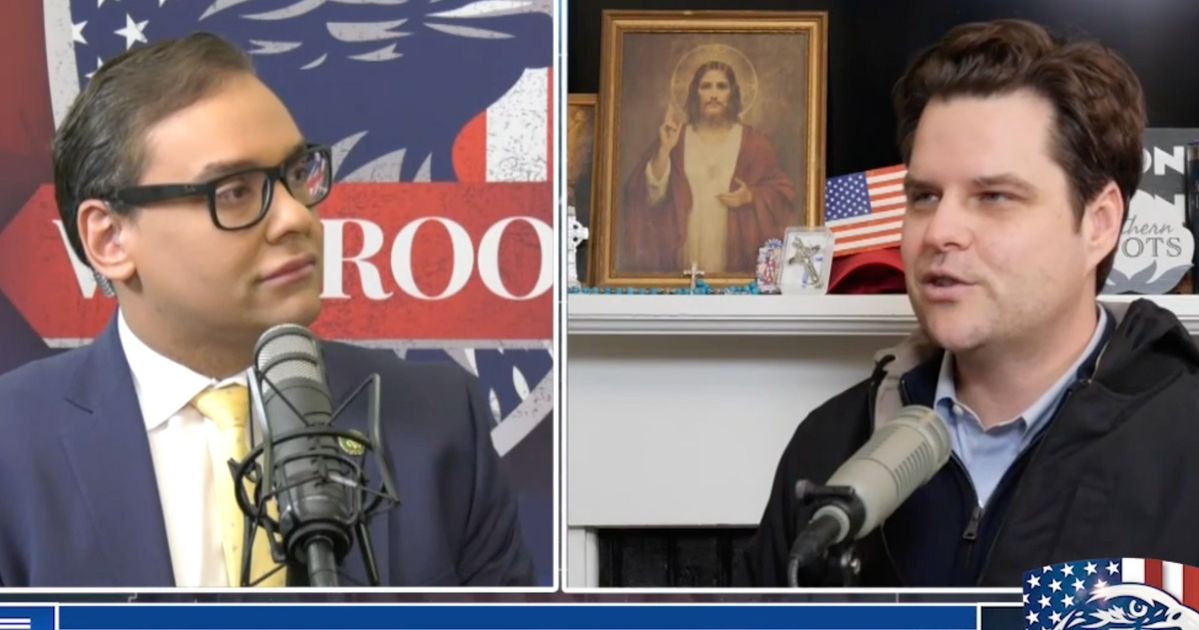 Rep. Matt Gaetz (R-Fla.) defended Rep. George Santos (R-N.Y.) for embellishing his résumé and making up huge swaths of his life story as he took it easy on the lawmaker during an interview Thursday (You can watch a clip of Gaetz interview with Santos below).

Gaetz spoke with Santos during his guest-hosting gig on Steve Bannon’s “War Room” podcast and claimed that a lot of politicians have “frankly” been elected to Congress for fixing up their résumés, something Santos has been under fire for in recent weeks.

“It’s frankly how a lot of people get to Congress, and we want everyone to be honest, and, again, you’ve acknowledged that and you’re working for it going forward.”

Gaetz later asked Santos about the origin of his $700,000-plus loan to his own 2022 campaign, a loan highlighted by a watchdog group in a complaint it filed with the Federal Election Commission over alleged federal campaign finance law violations.

Gaetz, however, didn’t press back when Santos avoided a direct answer.

“I also put money into my campaign when I ran. I had to sell some of the property that I’d acquired in my life in order to fund something that I really believed in.”

Gaetz’s defense of Santos contrasts with fellow House Republicans’ calls for the newly elected congressman from New York to resign. Santos has so far refused to call it quits but told reporters on Thursday that he would resign if “142 people” called on him to do so.

Santos’ fib-fueled controversy has sparked New York Democrats in the House to introduce the SANTOS Act, a bill that would hit a congressional candidate knowingly lying about their background with a year in prison, a $100,000 fine or both.

Santos’ “embellishments” have included lies about his education, his religion, his jobs, his properties, his family history, his sports achievements and details about being a crime victim. He is also accused of lying about perpetrating a crime in Brazil and about his campaign finances.