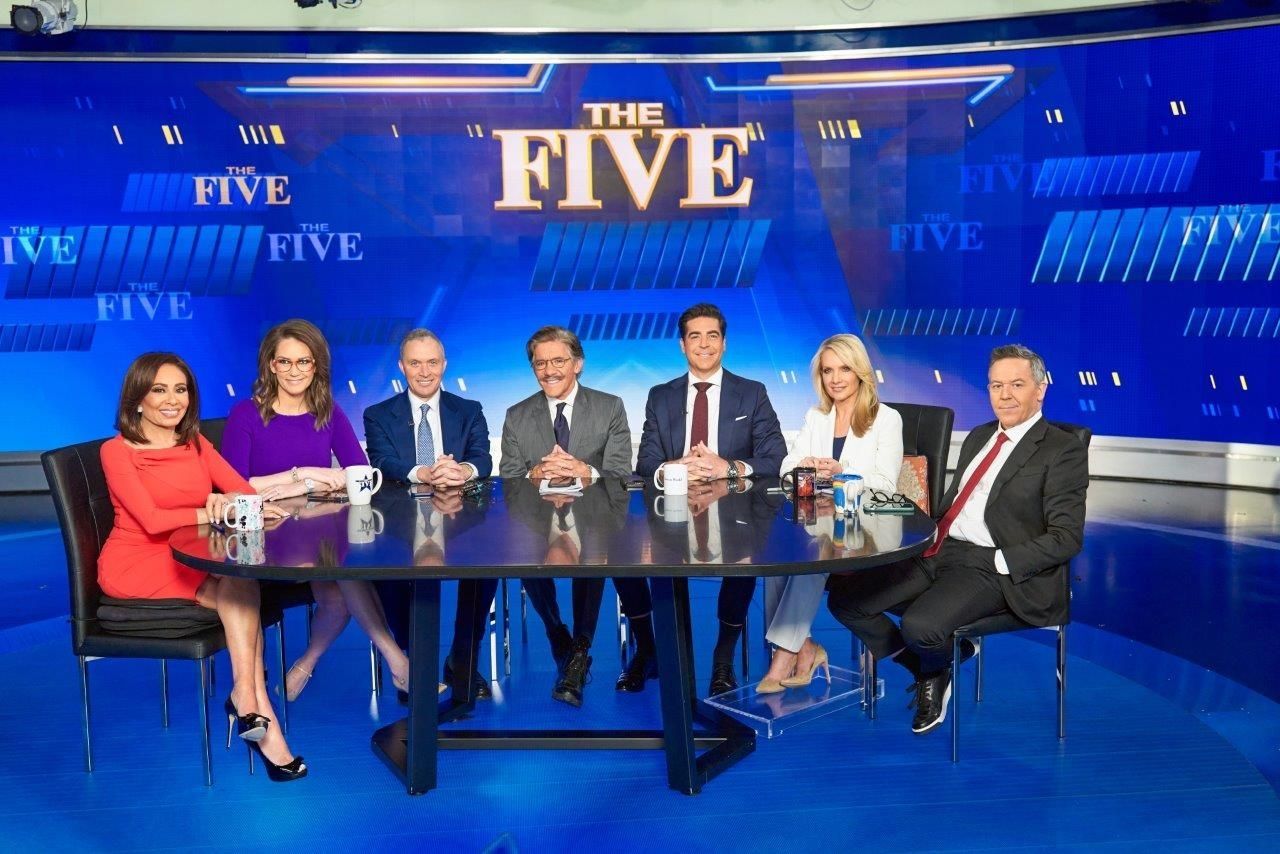 There is a new king of cable news, but five people now share the throne.

In 2022, the most-watched show was “The Five,” a daily Fox News panel discussion of hot-button issues that has gained a large audience over the past few years with a majority-conservative lineup of hosts, several of whom also host successful solo shows for Fox.

But while the evening prime-time hours — 8 p.m. to 11 p.m. — boast the largest television audiences across the dial, “The Five” is drawing viewers to its slot in the quiet 5 p.m. hour.

In doing so, “The Five” has now surpassed the network’s longtime ratings champs, Tucker Carlson and Sean Hannity, who host shows in the ultra-desirable 8 p.m. and 9 p.m. slots. In addition to being the top-rated show in cable news programming, “The Five” is one of the most-watched shows on all of cable, second only to the Paramount Network’s Western drama juggernaut “Yellowstone” in 2022.

“​​It’s really unprecedented that a 5 p.m. show is No. 1,” said Megan Albano, a Fox News executive who oversees the show, along with weekend prime-time programming. “I think it’s just a reflection of what our viewers feel and who our viewers are and where the country is.”

Fox News launched “The Five” in July 2011 as a temporary fill-in after it ended the 5 p.m. show hosted by the bombastic Glenn Beck. The new show found early success, and Fox made the show a permanent part of its lineup that fall. It briefly aired at 9 p.m. for a few months in 2017, to fill the time slot vacancy left by the firing of Bill O’Reilly, but settled back in at 5 p.m. after Laura Ingraham was hired to host a prime-time show.

Over the past few years, the show has slowly climbed the cable-news ratings charts, finishing No. 3 in total viewers in 2020, buoyed by the pandemic-era increase in viewership, and No. 2 in 2021. In 2022, it claimed its spot at the top with an average of 3.4 million total viewers per night — the first non-prime-time show in television history to top all cable news programs.

“The Five” is laser-focused on the kinds of topics that animate Fox viewers round the clock — immigration and the Southern border, criticisms of the Biden administration, and political correctness run amok. “They are very good at giving the audience what they want,” said a former producer for the show who requested anonymity to speak candidly. (Albano said the show delves into “real life issues” that viewers care about, including concerns about personal finance, health and safety.)

Between 2017 and 2020, Hannity hosted the most-watched show on cable news, making him the undisputed ratings leader at Fox News — including a record 4.4 million total viewers per night in 2020 — before Carlson seized the title in 2021.

But Albano said there’s no in-house rivalry at play. “As television producers, you always look at the ratings and you want to do the best you can do, but among the walls of Fox we are not competitive with each other,” she said.

“It’s like the ‘Avengers’ of Fox News,” said Christopher Balfe, a digital media executive who ran Beck’s media company during the host’s time on Fox. “You’re going to see people that you like. There’s going to be something different each day.”

The show’s producers settle on a lineup of discussion topics for the show by 11 a.m. most days, Albano said. And those discussions often turn heated, in ways that are both entertaining and occasionally uncomfortable to watch. Normally, those clashes happen between a member of the conservative-leaning majority and the lone left-leaning panelist.

On Nov. 9, as the cast attempted to parse the midterm election results, Tarlov argued that the public harbors misunderstandings about abortion — a practice, she said, that “is so much a part of health care, of family planning.”

“Are you campaigning for Planned Parenthood or what?” Gutfeld shot back. “People who are pro-life actually do take the issue more seriously than you think.”

Weeks earlier, Tarlov and Pirro clashed over the topic of Tulsi Gabbard, the former Democratic member of Congress and onetime presidential candidate who has since left the party and become a regular on Fox.

“She put her life on the line, so don’t you dare criticize her,” Pirro thundered, referring to Gabbard’s military service in Iraq.

“Because you served, it doesn’t mean you are free of criticism for the rest of your life,” Tarlov retorted.

In March, Pirro went toe-to-toe with Rivera in a clash that was described in media coverage as an explosion, an eruption, or a freakout. After Rivera suggested that Russian President Vladimir Putin was “playing” former president Donald Trump during his presidency, Pirro yelled: “Oh stop! He wasn’t playing Trump! He didn’t invade when Trump was president!”

Generally speaking, though, the hosts seem to genuinely like each other and get along, made easier by a political consensus that aligns the majority of the hosts. This year, Ford Jr. hosted Perino, Pirro and Gutfeld for Thanksgiving dinner.

Besides, she said, “it’s not good television if people are screaming over each other and you can’t hear.”

And having an “effective foil” in a left-leaning cast member is a key to the show’s success, the former producer said — a time-tested format similar to ABC’s talk show “The View,” which casts a right-leaning cast member to take on the show’s more liberal panelists. (GOP political scion Meghan McCain once filled that role, now occupied by Trump White House veteran Alyssa Farah Griffin.)

Some of the Fox show’s success may actually be due to its earlier time slot, which allows the hosts to be more lighthearted and informal. “It’s a vehicle to get an audience invested in the talent,” the former producer said of the show. “It’s not as simplistic as a regurgitation of the right-wing stories of the day.”

And the migration of peak viewership to that time of day says a lot about the demographics of the cable news audience — which is now a decidedly older one. “They’re the slowest to cut the cord,” said industry analyst Andrew Tyndall, compared with younger viewers, who are instead increasingly consuming video on streaming services and social media platforms.

According to Nielsen data obtained by The Washington Post, the median age for a Fox News viewer last year was 69 years old. It was the same age for liberal-learning MSNBC; CNN’s median viewer was three years younger.

Older audiences generally skew to earlier time slots — which might explain why Carlson’s show attracted a smaller total audience in 2022 than “The Five” but a larger audience in the 25-to-54 demographic prized by advertisers. (The panel show was still second overall among this age range, however, far ahead of shows on rival networks.)

As Tyndall put it, “5 p.m. is an unfriendly hour for television-watching for a general audience, but it’s not unfriendly for an elderly audience.”