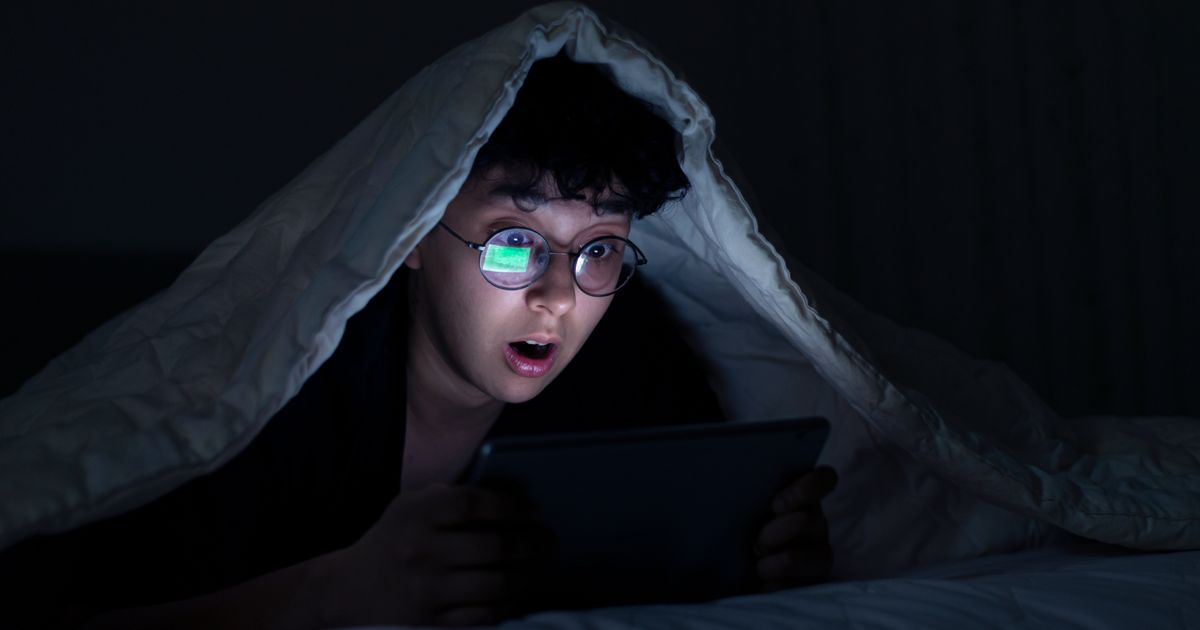 Many parents of today’s teens and tweens came of age in a pre-digital era, when pornographic videos had to be purchased in seedy stores and magazines meant for adults got stuffed under mattresses. Our exposure to these images came in snippets, our access limited.

“This is an extraordinary issue in our country for young people today,” James Steyer, founder and CEO of Common Sense Media, told HuffPost.

“The vast majority of teens and preteens are being exposed to pornography regularly and early on in their lives. You see kids as young as 9 and 10 who are regularly using it. They’re accessing it at school,” Steyer said.

The average age at which a child first viewed pornography was 12.

Fifty-two percent of kids who had viewed pornography said they had seen “what appears to be rape, choking, or someone in pain.” Only 33% reported seeing someone asking for consent before sexual activity.

Start having these conversations early.

As soon as your kids are using electronic devices without constant adult supervision, you should bring up the subject.

You want kids to know that you understand they may be exposed to these images by accident, that they won’t be in trouble and that they can come to you when it happens.

Use parental controls, but don’t rely on them to protect your kids from exposure.

Assume that at some point your kids will see something you’d rather they didn’t. Prepare them for this moment beforehand.

Keep it brief and be direct.

Lockhart suggests that “the conversation can start with a simple script: ‘There are so many images and videos out there. You might see images and videos about sex or people having sex. You might feel curious, uncomfortable or scared. If this happens, you can always talk to me about it.’”

Your child may be as anxious as you are when you bring it up, but even if they don’t have much to add the first time you broach the topic, let them know that you’re there to answer their questions.

Encourage them to be critical.

As with any media, including shows or movies you might choose to watch together, teach kids to be aware of dangerous gender and racial stereotypes.

When discussing any film or show that portrays sex, she says you might ask: “Do you think people of all genders are held to the same standards of attractiveness? What is the difference?”

And, “Do you think that there are double standards about sex that impact people of different genders differently?”

You can ask about consent, too, and point out positive examples of a partner asking for consent when you’re viewing movies or shows together.

Whether it happened accidentally or on purpose, you don’t want them to feel ashamed for seeing the images or even for being excited by them. And if they sense your judgment, they’ll be less likely to come to you with questions or concerns in the future.

If you’re looking for help talking to your kids about sex, the following websites may be useful resources: Planned Parenthood, AMAZE, Sex Positive Families and PFLAG.

Know that this will not be one conversation, but many.

“The ‘sex’ talk should happen early and often as your child matures and becomes more aware of themselves and others,” Lockhart said.