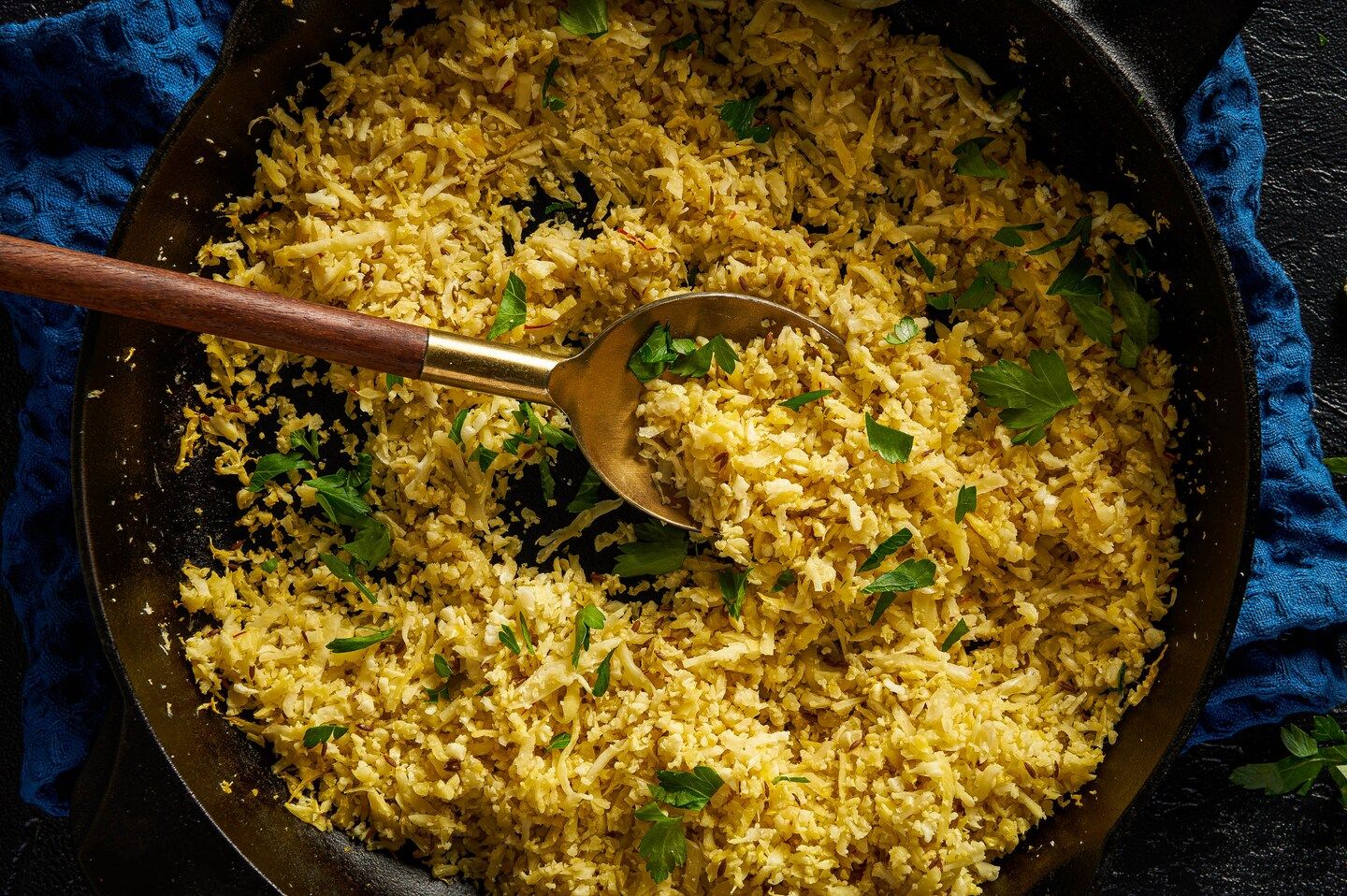 If you’re looking to incorporate more vegetables in your diet, then riced cauliflower might be the solution you’ve been looking for. Also called cauliflower rice or cauliflower couscous, it’s cauliflower that has been broken down into small pieces resembling grain or pasta and often used as a substitute. Here’s what you need to know.

Get the recipe: Cauliflower ‘Rice’ With Cumin and Saffron

Some believe that cauliflower rice was invented in 1998 by chef Ben Ford, who called it cauliflower couscous, but others say it dates back further, to the raw food movement. Regardless, its popularity is linked to the rise of the paleo diet, which prohibits the consumption of grains, legumes and dairy products. The ingredient has grown beyond that particular diet to be touted as a replacement for rice and other grains for anyone looking to reduce their intake of carbohydrates and calories, and internet searches for “riced cauliflower” spike every January, according to Google Trends.

Though “cauliflower rice” is the most popular term colloquially, “riced cauliflower” is the phrasing you’re more likely to encounter in grocery stores. (The rice industry prefers the latter term as it reduces the possibility of confusing the cut vegetable with actual rice.) You can find packages of riced cauliflower in the refrigerated and freezer sections, but since cut, raw cauliflower can start to smell sulfurous over time, I’d recommend buying the frozen stuff. Or, you could make your own at home.

Box Grater: Cut the head into wedges through the core. Then, as best you can, grate each piece on the large-holed side of a box grater. It may get a little messy, so grate it on a rimmed baking sheet or in a large bowl to help contain the chaos.

Food processor: Cut the cauliflower into florets and grate them using its grater-disk attachment. Alternatively, you can pulse the vegetable in batches with the blade attachment until it’s the size of small granules resembling rice. (If any large pieces remain, remove them, empty the riced cauliflower and pulse the larger pieces in the next batch.)

Knife: It requires a lot of work, but you can finely chop the cauliflower with a large knife until you achieve the desired size.

Once cut, the vegetable is best used right away or frozen, where it can be stored for months. In terms of how to use cauliflower rice, you can eat it raw in a salad, saute it in a skillet in a matter of minutes to serve as a side, fill burritos or stuffed peppers, or use it in a stir fry or in fried “rice.” The flavor is that of, well, cauliflower. So if you’re not a fan of the vegetable, then you’re probably not going to like it cut into teeny tiny pieces, either.

This cauliflower hater likes the vegetable one way only: Pickled

What’s the catch? For one, it doesn’t absorb liquid like rice does, so riced cauliflower alongside stews and curries will be more watery. Also, it doesn’t have any starch, meaning you shouldn’t use it in dishes that rely on some rice varieties’ thickening power, such as risotto, rice pudding or sushi. Lastly, cauliflower rice’s lack of carbohydrates means you won’t feel full for very long compared with actual rice, which could be a pro or a con depending on your eating schedule and metabolism.

Yes, riced cauliflower is a semi-passable substitute for rice. Better yet, think of it as its own thing rather than expecting the vegetable to behave like a grain. If you can appreciate cauliflower rice for what it is, then it’s a worthy addition to your culinary repertoire.