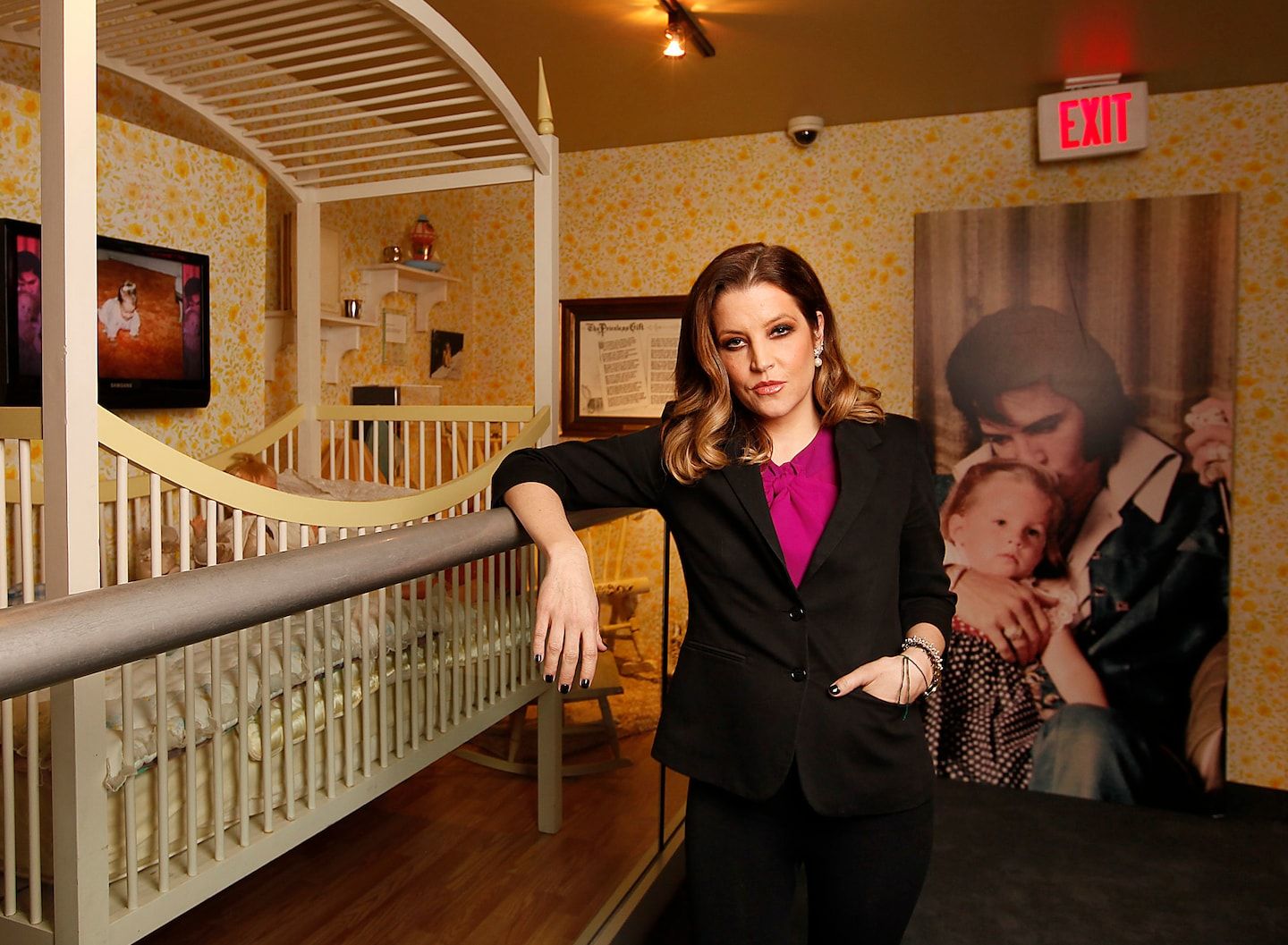 The absolute wildest thing Lisa Marie Presley did in her quietly outrageous life was launch a music career.

She had made bigger splashes before, notably with marriages Two and Three, so high-profile and head-scratching they would stake a claim to the first paragraph of her obituary. And for any other showbiz kid, cutting an album would have been an unremarkable rite of passage — the thing to try after modeling, before acting, concurrent with launching a line of luxury streetwear.

But Presley, a mid-30s mom of two at the time, was venturing into the specific art form her father more or less pioneered: rock-and-roll superstardom. It seemed like a terrible idea, an untested heiress hiring Alanis Morissette’s producer to try to turn herself into a singer, setting herself up at the height of the celebrity snark era for the inevitable and surely abysmal comparisons.

Instead, her music was … good? Perfectly credible, anyway. People liked it. Nobody laughed. The album, “To Whom It May Concern,” went gold in 2003, and the video was all over MTV that year.

Presley channeled all the rootsy, Sheryl Crow-ish, adult-Contempo vibes of the moment — but she also leaned the hell into her complicated birthright. She sang about Memphis (ooh, that’s where my family’s buried and gone), jutted that familiar chin, darted those bedroom eyes and forced us to contemplate her history, and her future.

Last time I was there I noticed a space left

Oh, next to them there in Memphis, yeah

She did the obligatory second album, and a third, and they were fine, too. But it was a little late in life to become an actual rock star, and she didn’t seem to try too hard anyway. As the inheritor of a $100 million estate, that wasn’t anything she needed. More like something she just had to get out of her system.

Presley died suddenly at age 54 on Thursday, right in the middle of a roiling cultural conversation about nepo babies and heirs and spares — right when we could have turned to her to settle this debate on how to shoulder or shirk weighty family legacies.

She never wrote the memoir that might have explained to us what it was really like, how it all really works and how she (seemingly) made her peace with it. But she left behind a few clues.

Being Elvis’s daughter had to have been a lot. Especially for someone who seemed — in a nice way — almost ordinary. She was a striking woman but hardly burdened with her father’s volcanic charisma or even her mother’s porcelain beauty. In photos I saw when she was a kid and I was a kid, she looked like one of us, in pinafores and high pigtails, or Benetton sweaters and frizzy hair.

In that way, she was a grounding force for his legacy, the doted-upon only child who lost her dad. She journeyed into adulthood as a melancholy reminder of his former flesh-and-blood humanity. She was the reason Elvis wouldn’t fade, like James Dean, into a black-and-white icon.

For many years, she was seen more than heard, the Mona Lisa of Graceland. It was only in the early 1990s — her early 20s — that she tiptoed into the spotlight, giving short, dutiful interviews like a young royal in goth eyeliner who had finally come of age for ceremonial gigs like the release of the Elvis stamp.

And then: Boom. She married Michael Jackson, just as concerns about his behavior with children were crescendoing, and his efforts to remake his face were intensifying. She clung to his hand as the paparazzi swarmed, stared at her lap and clipped her answers during an uncomfortable Diane Sawyer interview. What was she thinking? we wondered. Does she need help? Surely these questions would never be answered; this particular kind of bad husband was a bizarre new flourish, but we’d all seen this poor-little-rich-girl tailspin before.

Twenty months later, the marriage was over, as many predicted. What we could not have foreseen: the open, talkative, oddly at-ease woman who would emerge from this interlude, ready to explain it all.

“I fell into this whole ‘you sweet misunderstood thing, I’m going to save you’ — I fell into that. I fell in love with him,” she told Sawyer a few years later.

“Yes, I fell in love, at the time,” Presley half-laughed, half-groaned, in that self-mocking tone your best friend might use to talk about stupidly hooking up with her ex, again.

“In my mind at the time, I’m thinking I’ll marry somebody who’s even bigger or as big or whatever than I am,” she explained to Larry King. “Then I can actually feel like a wife. I can be next to the man and I can feel more comfortable that way. … I was looking to feel like I could support somebody else that I admired.”

Something had happened after that absurd marriage. Her language suggested a lot of therapy — an attempt to figure out why she had done that, which naturally led back to everything that had come before. It seemed like she was beginning to come to terms with it all — the father who came from grinding poverty, who lost his mom just as the tentacles of fame were beginning to squeeze, the millions of fans, the legions of groupies, the squadrons of yes men, the deep-fried peanut butter and banana sandwiches, the shot-out TV screens, the 707-sized private jet with her name on it.

“See now, I’m not attracted to mediocrity or normalcy or things like that,” she told Sawyer.

Her baseline for weird would always be set much higher than ours.

There was also a makeover happening at the same time as these bracingly candid interviews, or at least a new jolt of energy, and suddenly she was moving easily in celebrity culture, no longer the timid heiress. A movie star spotted her at a party and fell instantly in love.

“She’s a real firecracker,” Nicolas Cage explained to Barbara Walters not long after the end of their improbable two-year relationship and three-month marriage. “And she tells it like it is.”

The fame, the riches, the shot at a recording career — of course it all stemmed from her dad. She never pretended otherwise. From her, there was no “it’s a foot in the door, but …” protestation that we’ve heard from other children of privilege lately.

“Look, this is a family business,” Tom Hanks groused in an interview last week, in response to a question about one of his kids getting a role in one of his movies. Presley, though, actually tended to the business part of the family business, serving as chairman of the board of Elvis Presley Enterprises Inc., the corporation her mother, Priscilla, shrewdly grew from a piddling estate to a juggernaut after his death. She sold a majority stake years ago but never stopped carrying the flame, representing the brand, doing her best to keep luring the tourists to Graceland.

It would be a reach to say that Lisa Marie won at this game. Beyond the dead dad, there were the four divorces, the grief over the son who took his life, a middle-aged struggle with painkillers — and now her own premature death. She appeared weary at the Golden Globes Tuesday night, clutching the arm of Jerry Schilling, her father’s longtime manager, to steady herself on the red carpet. But she turned out nonetheless to effuse about the performance of Austin Butler in the Baz Luhrmann epic “Elvis” — and by extension the legacy of her father.

“I’m just so proud of it all,” she said. “It’s all flowing really nicely now.”