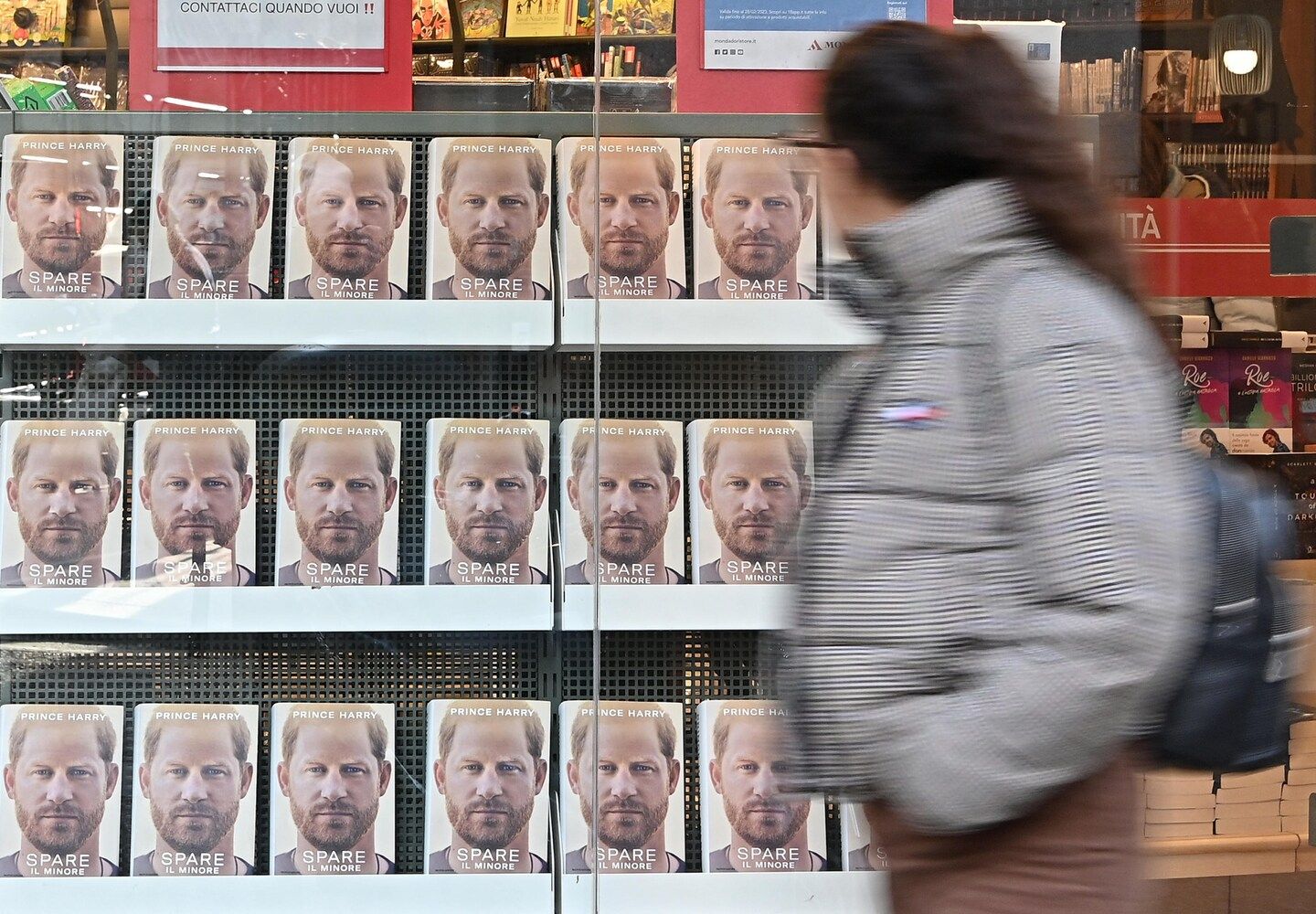 Whatever you might have already heard about a frostbitten penis and a prince-on-prince physical confrontation, the most revealing chapter in Prince Harry’s new memoir, “Spare,” is one that book critics have largely ignored.

The passages I’m talking about occur shortly after Harry and Meghan’s nuptials. In Harry’s telling, wedding-planning chaos caused a bad rift between them and the Duke and Duchess of Cambridge, Harry’s brother and sister-in-law. The foursome sit down to hash it out, and Harry invites the reader to listen in on everyone’s perceived slights. Did troubles start when William and Kate allegedly switched their seats at Harry and Meghan’s reception without permission (William and Kate denied)? What about when Meghan explained away Kate’s momentary forgetfulness as “baby brain” — she’d recently given birth — which Kate found offensive and also too personal? Did the troubles start earlier than that, when Kate thought Meghan was asking for her connections in the fashion world (Meghan denied) or when Meghan asked to borrow Kate’s lip gloss?

Reading this chapter is fascinating for a couple of reasons. First, because … what? These are not reasons for four grown adults to commence a family estrangement; these are reasons for a quick apology text thread with a couple of prayer-hand emoji. Second, because Harry’s choice to memorialize this trivial conversation in a permanent public record is a window into his mindset when he wrote the book — a mindset that is in turn likable, naive, tortured, tender and resentful. The book, at heart, is a psychological study of an earnest, wounded man, and this passage feels like we’re getting to the bottom of things. The memoirist is scraping an almost-empty peanut butter jar with a spatula for just one more sandwich.

“Spare” leaves no morsel unused, no dollop unsmeared. Harry left his official position in the royal family nearly three years ago and has spent the ensuing time trying to make sense of what happened. He talked to Oprah. He and Meghan made a Netflix series; Meghan made a podcast. He’s gotten therapy, he’s tried meditation, he’s turned to Tyler Perry, and now he’s written this: more than 400 pages of catharsis, recounting every ache, every slight, every feeling of self-doubt, big or little, recent or ancient about his transactional family and the life he never asked for. He’s purged. He’s processed. He’s come to terms with himself, or at least he believes he has, and at least we hope he’s right. Whatever other projects he might have in mind, this jar is empty. It is finished.

Hesse: Meghan and Harry made a fairy-tale escape. They still seem trapped.

What are we supposed to take away from three years of post-royal Harry?

This has become an ancient story of affluenza to the max, a story of how being born into money and titles is no way to prepare you for life, a lesson in how doling out power based on birth order is no way to run a country and is a fine way to ruin a family. It’s also become a modern story about the crispy hellfires of tabloid journalism in the social media era. A story about the endless attention news consumers have for stories about unhappy rich people — attention that makes them more unhappy, unhappiness that creates more attention. And, in the case of Harry and Meghan, the attention was often racist and cruel, not merely judgmental and intrigued. At one point in the book, Harry tells his therapist that he has no addictions, and she corrects him that it’s obvious he has one: the press, which has made his life misery. He can’t stop reading it or ranting about it.

And now he hasn’t been able to stop producing it, either: narratives that he obviously views as correcting the record but which end up raising questions with answers Harry might not be prepared to give. If, as he spends the book insisting, all he and Meghan ever wanted was domestic simplicity — tatty sofas, Ikea lamps — then why, upon leaving the family, did they buy a $15 million house?

I’ve always considered myself solidly team Megxit, but halfway through “Spare” — after also consuming every minute of the Netflix series, the Oprah interview, the podcast — it became clear to me that we were dealing with a both/and situation: It is possible for Harry and Meghan to be both morally, factually and ethically correct about their mistreatment at the hands of the royal family and the British press, and also for them to be wearisome. To themselves, to us.

But it is hard for me to be objective about Prince Harry, a man the exact age as my little brother. I watched him, head bowed, follow his mother’s coffin through the streets of London as strangers wailed and the little prince remained stoic. I met him once, a decade ago at the British ambassador’s house in Washington. He was, frankly, dazzling. All the women and men in attendance were wrapped around his finger as he laughed and joked and winked his way through every cluster in the room. In “Spare,” we learn this trip came during an emotional low point for him.

Three years into post-royal Harry, and by my estimation we have been treated to 40 hours, more or less via their various interviews and forms of media, of him and Meghan trying to explain to us why they did what they did, or didn’t do what they didn’t, or how it all came to this.

I can’t help but wonder whether the story could have been much simpler and shorter.

Here was a man who loved his wife and who lived in terror that history would repeat itself. Another woman he loved would meet a terrible end, and he would once again be helpless and alone.

Here was a boy whose trauma was both universal and specific, and who now cannot stop spilling over with all the emotions that he’d spent a lifetime learning to repress. Who is desperate to make sure we fully understand what he went through, the cumulative effect of it. To bring us into the room where his wife and his sister-in-law argued about fashion contacts and seating charts, when none of this was really about fashion contacts and seating charts, it was about two brothers who had never been given the emotional vocabulary to deal with the traumas in their lives and were trying hard to protect their wives in a way nobody had ever protected their mother.

I mean it in the kindest possible way when I say I hope Prince Harry does not feel the need to tell us this story again. The jar is empty. Anything else that comes out doesn’t feel like narrative, it just feels like pain.