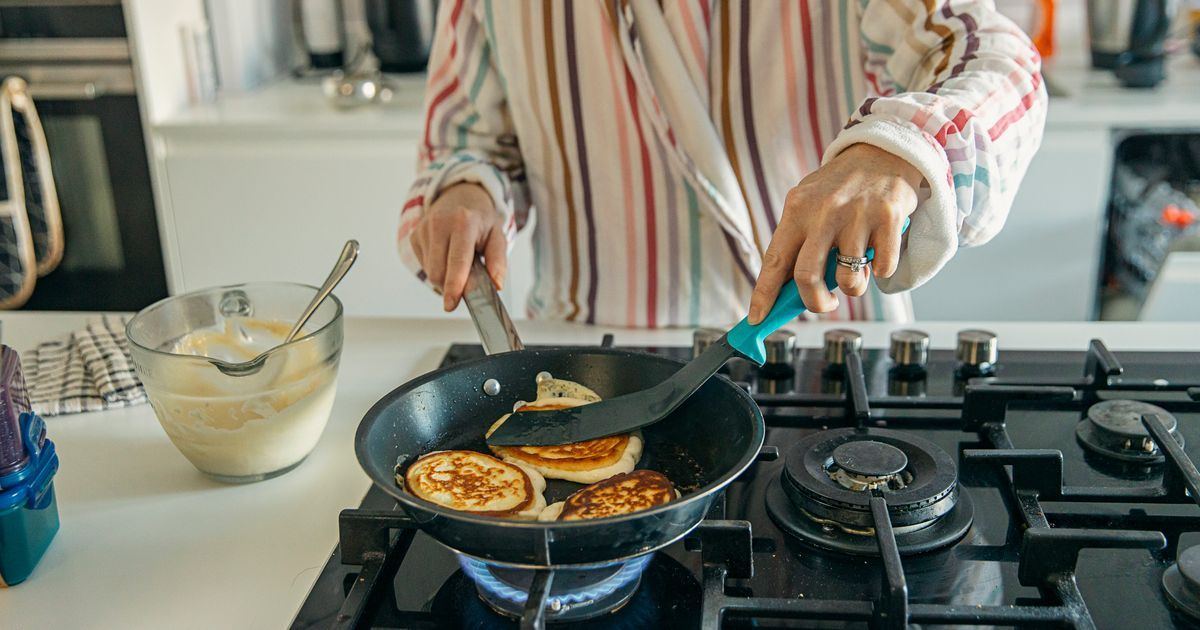 Earlier this week, the U.S. Consumer Product Safety Commission announced that it is exploring potential regulations on gas stoves, which, unbeknownst to many, have harmful impacts on our health and the environment.

While rumors of a potential ban were circulating a few days ago, CPSC Chair Alexander Hoehn-Saric put those to rest in a Jan. 11 statement saying he is “not looking to ban gas stoves and the CPSC has no proceeding to do so.”

Instead, the agency will prioritize research about the health risks of gas stoves and aim to create solutions that address these risks. So, no one is coming for your gas stove — but it’s worth knowing that there are serious health risks that come with natural gas cooking.

The main pollutant of concern when it comes to gas stoves is nitrogen dioxide, said Shelly Miller, a professor of medical engineering at the University of Colorado Boulder.

This is “a pollutant that we also regulate for outdoor air quality. It’s an EPA-regulated pollutant,” she told HuffPost. For reference, the EPA — or U.S. Environmental Protection Agency — regulates air pollutants based on health standards that are reviewed every few years, Miller added.

“We know nitrogen dioxide is bad, we know that the EPA regulates it but only outdoors,” Miller said, “but here we have this major source indoors, which we have not paid any attention to for decades.”

And it’s something worth paying attention to. Below, experts share the health risks of gas stoves and what to do if you have one:

Gas stoves can have negative effects on the health of both children and adults.

“Nitrogen dioxide is a respiratory irritant,” Miller said, adding that it can increase the risk of asthma attacks, incidence of respiratory infections and respiratory disease.

Miller said increased incidence of respiratory diseases is most often seen in sensitive populations like older adults and children.

Bryan Cummings, a research scientist at Drexel University’s College of Engineering, pointed out a recent study that found that 12.7% of childhood asthma in the U.S. can be attributed to the use of gas stoves indoors.

But pollutants from gas stoves don’t only impact kids. Nitrogen dioxide can exacerbate chronic obstructive pulmonary disease, commonly known as COPD, in adults, and some evidence says that it can negatively impact cognitive performance in folks of all ages, Cummings added.

As an oxidant, it may impact your lungs and your cardiovascular system, Miller explained. In fact, according to the American Heart Association, nitrogen dioxide exposure puts you at increased risk of heart attack.

It is worth noting that nitrogen dioxide exposure does not only come from your gas stove, but also comes from factors like car pollution too. But, according to Cummings, the release of nitrogen dioxide in your home is particularly harmful because it’s emitted into a confined space that often does not have great circulation with outdoor air. And, as Miller noted above, nitrogen dioxide emissions outdoors are regulated.

If you have a gas stove, there are things you can do to reduce your exposure to nitrogen dioxide.

First, figure out if the vent on your gas stove expels the air outdoors or just circulates it around your kitchen.

Cummings said if your gas stove is below a microwave and does not have a cooking hood, it likely just pushes the pollutants around your home. If you have a hood above your stove, it’s likely that the pollutants are disposed of outdoors.

But this is just a general rule of thumb and isn’t necessarily true across the board; it’s worth checking with your landlord or the company that installed your appliances to determine where the air goes. If you find that your cooking hood moves the air outdoors, just make sure you turn on your air vent every time you cook (and not just when it gets smoky in your home).

If your vent does not expel the air outdoors, both Cummings and Miller said you should open a window — even just a few inches — while you use your gas stove. And if you don’t have a window in your kitchen, open a window elsewhere in your home to reduce the amount of pollution mixing in with your home’s air.

Additionally, if you have a HEPA air filter, you should turn that on when you cook, Miller suggested. “The air cleaner will remove all the particulate matter [but] you have to have a filter with activated carbon to remove the nitrogen dioxide,” she said.

Air cleaners with activated carbon are easy to find — you can try an Insignia air purifier from Best Buy, a Levoit air cleaner from Amazon and more.

When it comes time for a new stove, it’s worth purchasing a non-gas stove.

Getting a new stove is costly for those who own homes and largely impossible for those who rent. But, if you are in a position now or in a few years to get a new stove, consider an electric or induction stove instead of a gas stove, both experts said.

“They produce absolutely zero emissions from the heating process itself,” Cummings said. “Cooking your food might produce some emissions but that’s a totally different classification of pollution than what you get from a gas stove.”

In other words, you won’t be breathing in those harmful pollutants that come from natural gas.

On top of the health concerns, these electrically powered stoves are also better for the environment (though induction stoves, which are more energy-efficient, are also more costly).

When it comes to adding regulations around gas stoves, Miler said a decision to implement some restrictions would be great for the sake of climate change. “We need to start moving away from fossil fuel use in our homes — it would just be a huge leap forward from this issue,” she noted. Gas stoves use fossil fuels, which are bad for the planet.

Cummings added that some parts of the U.S. still get electricity (which powers both electric and induction stoves) from fossil fuels, but these stoves “will become increasingly cleaner to use as our electricity grid transitions to renewable.”

All in all, moving to a non-gas-powered stove is ideal, though impossible for many people (and that does not make you a bad person, Cummings stressed).

If you are stuck with a gas stove for the time being, follow the advice above to lower the health risks as you cook.