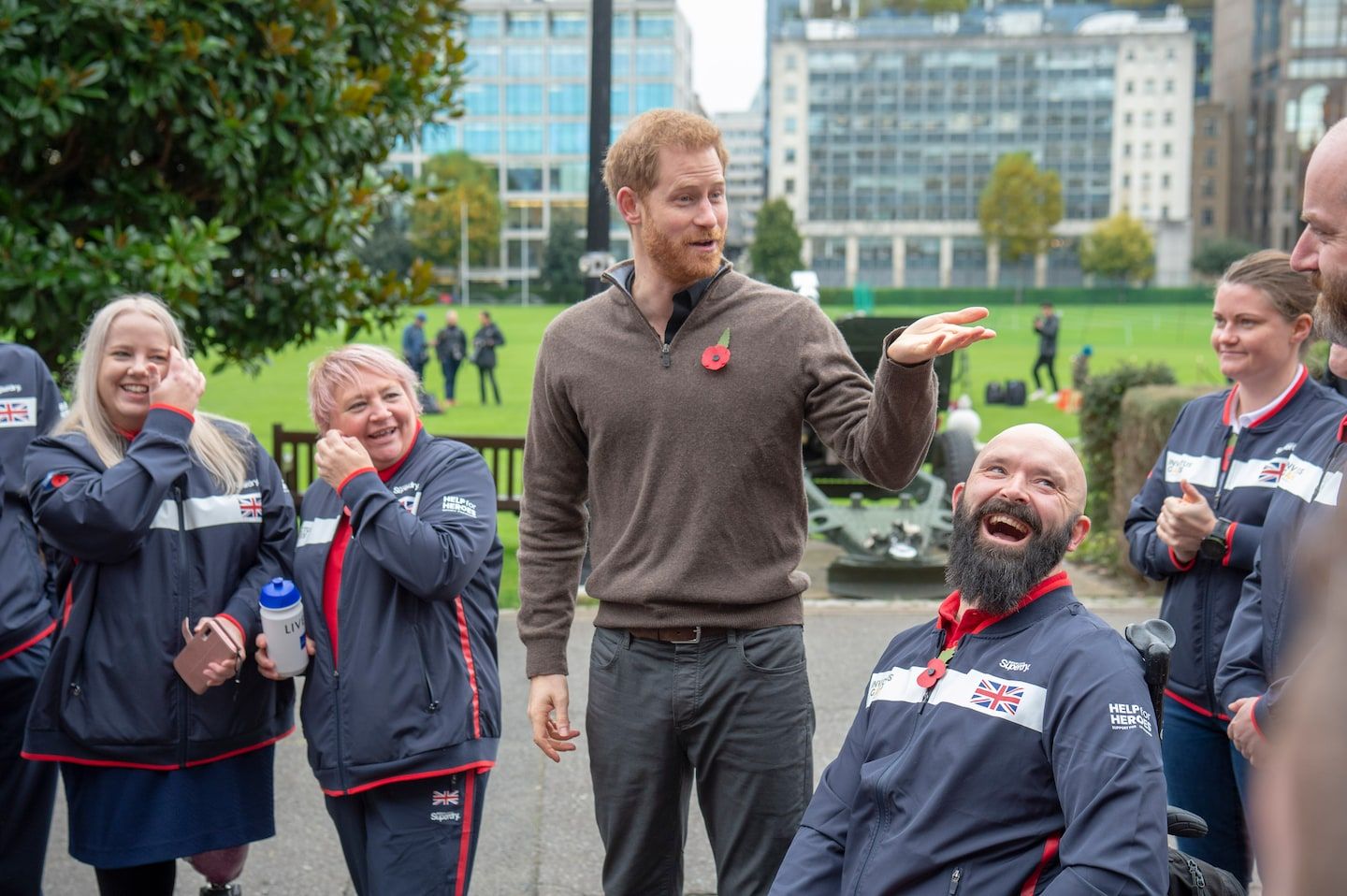 When it comes to the British royal family, clothes matter. And not just to fashion-minded observers (though, as the retail bump known as “the Kate Middleton effect” implies, they do matter to fashion-minded observers). In the famously tight-lipped world of the monarchy, where royals are frequently seen and rarely heard, the clothes say what the royals themselves don’t.

Clothes convey rank and standing; at Queen Elizabeth II’s funeral in September, the scandal-embroiled Prince Andrew, who has been stripped of his military titles, was prohibited from wearing the traditional ceremonial military dress. Clothes communicate deference and formality: As Meghan, Duchess of Sussex, revealed in the Netflix documentary “Harry & Meghan,” during Elizabeth II’s reign, members of the royal family were not to wear the same color as the queen at public events. Clothes have even made visible rebellions when they were afoot: Princess Diana famously broke palace wardrobe and grooming rules — wearing plunging necklines, non-British clothiers and red nail polish — when she was on the outs with her in-laws.

So it matters, too, when an estranged prince proclaims that he’s simply never cared much about clothes.

Prince Harry’s new book “Spare” has made headlines this week for its revealing descriptions of his life as a misfit royal. In one anecdote, Harry mentions that he used to buy his everyday outfits at the discount retailer TK Maxx (a subsidiary of the American TJ Maxx, altered slightly in name to avoid confusion with the preexisting UK retailer T.J. Hughes). Harry also reveals that when he was a student at Eton College, he frequently wound up flustered and late for class thanks to his elaborate school uniform, and that growing up, he often had to be chided to replace his shoes when he continued wearing a threadbare pair. “As a rule I didn’t think about clothing. I didn’t fundamentally believe in fashion, and I couldn’t understand why anybody would,” he says in the book. “Writers would flag a photo of me and wonder why my trousers were so long, my shirts so crumpled. … Not very princely, they’d say. Right you are, I’d think.”

Arguably, the men of the British royal family face less pressure to look eternally chic than, say, their female counterparts. But still: Prince Philip could always be relied on to nail the mismatched spezzato suit. King Charles III has his trusty double-breasteds. Even Prince William, whose personal style is relatively conservative, has made a signature of the summer linen shirt.

By contrast, who among us can remember the particulars of any one outfit Prince Harry has chosen to wear in public, besides the Nazi military Halloween costume that famously got him in trouble in 2005? Compared to those of his royal relatives, Harry’s clothing choices seem almost conspicuously inconspicuous. A visual cue that he sees himself as different from his family? Certainly. And of late, it seems to be one more signal that he won’t be participating in the tradition of letting the outfits do the talking.

In his press tour for “Spare” — and in the last few years, for that matter — Prince Harry’s wardrobe has been notably muted, devoid of many eye-catching touches of the good or bad varieties. The blog “What Meghan Wore,” which tracked the wardrobe choices of Harry’s wife and informed consumers as to where they could buy identical or similar pieces, is now operating mostly on Instagram. But on its website, one can still find a page called “What Harry Wore.” In stark and nearly comical contrast to Meghan’s Manolo Blahniks and custom Louis Vuitton, the page lists the affordable and blandly tasteful Everlane shirts, Adidas Gazelle sneakers and 7 For All Mankind chinos Harry wore in the late 2010s.

In the years since Harry and Meghan “stepped back” from their royal duties and relocated to the United States, Harry’s rebelliously normcore tendencies have only become more pronounced. To his “60 Minutes” interview with Anderson Cooper on Sunday, Harry wore a dark crew neck sweater over a white Oxford shirt. On “Good Morning America” and “The Late Show With Stephen Colbert” later in the week, Harry wore neat gray suits and unbuttoned blue shirts — only slight variations on the ensemble he wore in his explosive 2021 interview alongside his wife with Oprah Winfrey. (Unlike his father and brother, who tend to wear ties in TV appearances, Harry went tieless for all.)

“Harry & Meghan,” released last month, finds Harry sitting for interviews in a cotton crew-neck and a logo-less, long-sleeved polo, both black. In smartphone footage shot in the Sussexes’ home in coastal Montecito, Harry wears downright nondescript outfits — loosefitting solid-colored tees paired with jeans or plain, light-colored athletic shorts — while he walks the dog, works on his laptop and kicks a soccer ball (sorry, football) around with his son riding on his shoulders.

“If you’re looking for fashion statements, look elsewhere in my family,” Harry’s outfits have always seemed to say; lately, they come with an additional “Really. I’m just a regular California dad now.” In a quietly startling way, Harry looks like a lot of other men in the Western world who work office jobs and goof around with their kids in the backyard on the weekend. And for a guy who grew up in an environment almost entirely antithetical to that ideal, that’s a statement of its own.

Harry, of course, is no regular California dad. But by dressing like one, by wearing clothes that project almost no messages on their own, Harry creates the ideal conditions for a book like “Spare” to achieve its goal — which, as he told Colbert on Tuesday night, is to at long last deliver “the other side of the story, after 38 years.”

In the interview, Harry emphasized that in his family, where the motto is “Never complain and never explain,” the traditional way of getting a message out is indirect; rather than stating a truth directly to the press, royal family members might plant stories with unnamed sources or leak them through their press offices. Or, perhaps, convey it in their body language — or fashion choices. The book itself is Harry’s rejection of that tradition. “I am the source of that book,” he told Colbert. “Instead of hiding behind unnamed sources, these are my words, from my lips.”

Harry’s wardrobe choices, in other words, successfully ensure that his clothes aren’t the story. That instead, his story remains the story.