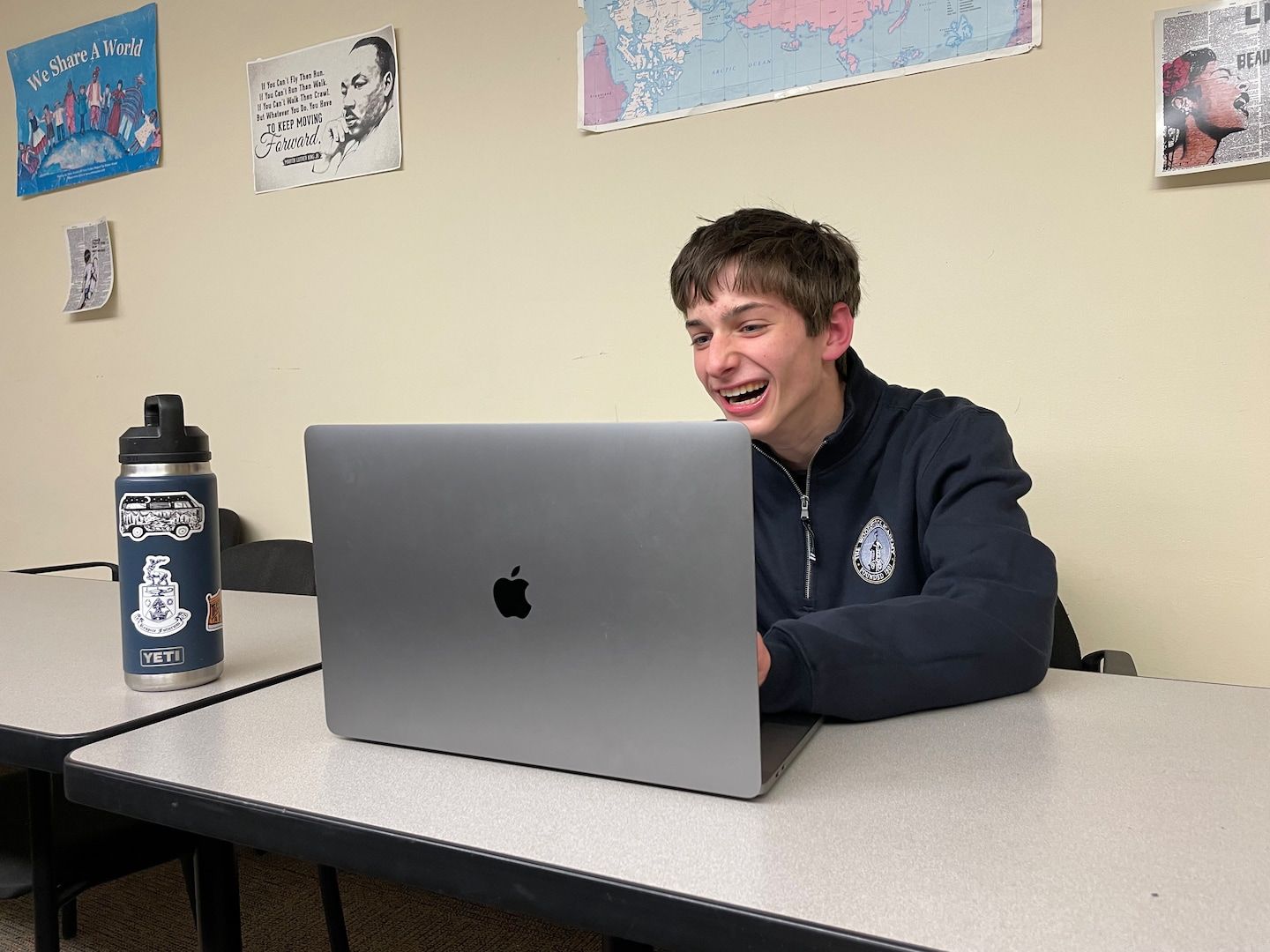 Matthew Myslenski sat beside his twin sister, his stomach in knots. He was about to find out if his long-held dream of attending Harvard University had come true.

A status update was finally posted to his application 0n Dec. 15 at 7:00 p.m. He anxiously clicked on it, and a flurry of digital confetti instantly exploded on his laptop screen. Matthew — who was born with cerebral palsy — would soon be a Harvard University student.

“I was in shock at first. I didn’t expect it,” Matthew said. “I was overjoyed.”

A video of the moment, in which Matthew and his sister, Magdalena, squeal in delight and share a tight squeeze, has gone viral on social media. Magdalena repeatedly screams, “No way!”

“It was pure joy,” she said in an interview with The Washington Post. “I just had a huge sense of pride.”

“Even though I’m older by 45 minutes,” she added, “I’ve always looked up to Matthew.”

The teen twins are both senior students at Woodstock Academy in Woodstock, Conn., an independent school. Once Matthew received his acceptance, Magdalena sent the video to staff at the school, who then shared it on social media. The video has been viewed on TikTok more than 828,000 times.

“It is so touching that so many people are hearing about and sharing his story,” said Holly Singleton, the associate head of school at the Woodstock Academy. “We have always known that his stalwart determination would allow him to achieve his dreams. Harvard is just the first of many significant accomplishments in his life.”

Although Matthew did not expect news of his acceptance to spread around the world, he said, he’s glad it has.

“I do feel good that people are seeing it,” Matthew told The Post. He hopes his acceptance will reinforce to others that “if you just keep trying and working at it, you will eventually achieve what you desire.”

Matthew’s cerebral palsy mainly affects his gait and muscle tone, he said, explaining that the disorder — which is the most common motor disability among children — does not impact him mentally.

“I’m still able to do a lot of things, but some things might take me eight times longer,” he said, adding that he walks around campus, drives a car, volunteers and partakes in several school clubs. He is also an Eagle Scout.

Since Matthew was 6 years old, he said, attending Harvard University has been his goal. As a child, he became a frequent patient at Boston Children’s Hospital — the primary pediatric program of Harvard Medical School.

“I’ve always looked up to my doctors at the hospital. They’re amazing people,” said Matthew, who hopes to become a physician one day, too. “When I found out they were associated with Harvard, I wanted to be a part of that.”

He knew the path to getting there, though, would be far from easy. According to admission statistics for the class of 2026, just over three percent of applicants were admitted. The university did not respond to a request for comment from The Washington Post.

“He is unstoppable when he wants to achieve any goals,” she said, adding that Matthew is involved in student government as well as various extracurricular activities, including the medical club and Model U.N. “Matthew tackles all challenges with focus and has a strong desire to be successful.”

He is also in the top five percent of students in his class, Dziedzic said.

“Harvard is lucky to have him,” she said. “He will be able to do amazing things.”

Magdalena — who will be attending Embry-Riddle Aeronautical University in the fall — said her brother is “always up late doing homework,” and has “only gotten two A minuses in his high school career.”

Beyond being bright, she said, “he just works so hard.”

Matthew said his motivation has been his hope of being accepted to Harvard one day.

“This is what I’ve been working towards,” he said, adding that his next mission is to get accepted to medical school.

Electrical boxes were defaced. A teacher and students turn them into art.

“I want to help people,” said Matthew, who plans to major in biology and chemistry. “I looked up to my doctors when I was younger, and I want to create that for other patients.”

Until then, Matthew said, he hopes his story will inspire others to go after their goals, and push past obstacles.

“No matter what you face in life,” he said, “you can overcome anything.”