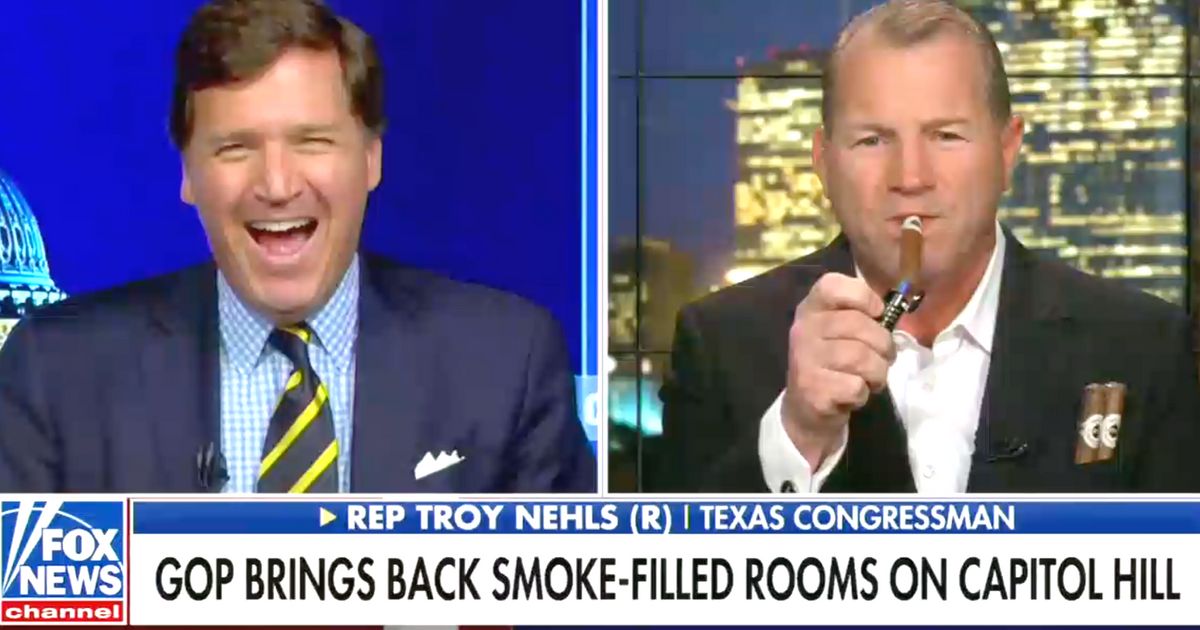 Tucker Carlson on Friday defended the right of GOP House lawmakers to smoke inside their congressional offices following a reported increase in such behavior since their party won a razor-thin majority in the 2022 midterms.

It was all about “freedom,” agreed Carlson and Rep. Troy Nehls (R-Texas).

Toward the end of the interview, Nehls pulled a cigar from his pocket and appeared to light up (although no smoke immediately rose).

Carlson was giddy with excitement and praised Nehls for “striking a blow for freedom.”

“That is the smell of freedom,” Carlson added. “We appreciate your coming on tonight and standing up for Americanness.”