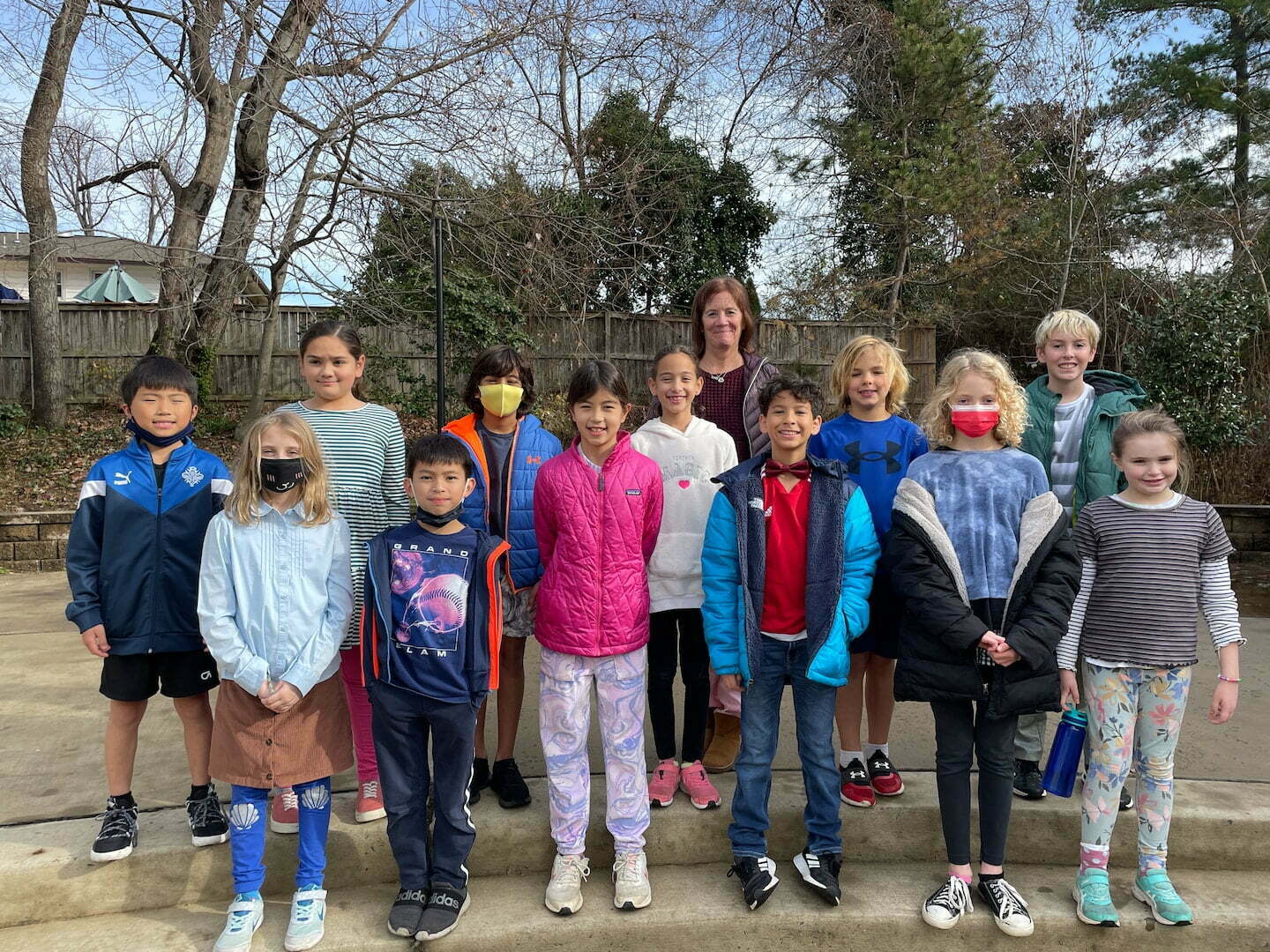 Marilyn Barrette’s fourth- and fifth-grade class at Pinecrest School in Annandale, Virginia, is January’s Class of KidsPost. Her 12 students are independent thinkers, so there were not many strong favorites. But if there were a class Spotify playlist, we know who would be in heavy rotation.

KidsPost plans to feature one class in grades 2 through 7 each month of the school year. If you want your class to be considered, ask your teacher to download our questionnaire at wapo.st/ClassofKidsPost2022, have students fill it out and send it with a class picture to kidspost@­washpost.com. Classes chosen receive a KidsPost Chesapeake Bay poster or Journey to Space poster, a KidsPost pencil for each student and a selection of books. Teachers interested in learning more about Kids­Post can sign up for our weekly email newsletter at wapo.st/KidsPostTeachers.

City or country you would like to spend a month in: The French capital, Paris, claimed two votes, the most of any place. Other destinations included South Korea, Italy and the Maldives, a South Asian nation of more than 1,000 islands.

Food you could eat every day of your life: These kids may like junk food, but most would not want to eat it every day. The winners were fruit, bread and salad, with two each. What other foods do they love? Mac and cheese, vegetables, sushi and burgers.

Animal you would become if you could: Two votes each earned cat, cheetah and hedgehog a tie in this category. The most unusual choice was a rose-breasted cockatoo.

Job or career you would like when you grow up: Everyone had a different career in mind. The class includes a future artist, pilot, lawyer, gamer, soccer player and more.

World problem you would solve: Three students each mentioned the issues of climate change and homelessness. Other problems the class would tackle included the coronavirus, ocean pollution and access to education.

Person, living or dead, you admire most: President Joe Biden and “a friend” received two votes apiece. Others with a single vote included Jesus, Mom and soccer star Lionel Messi.