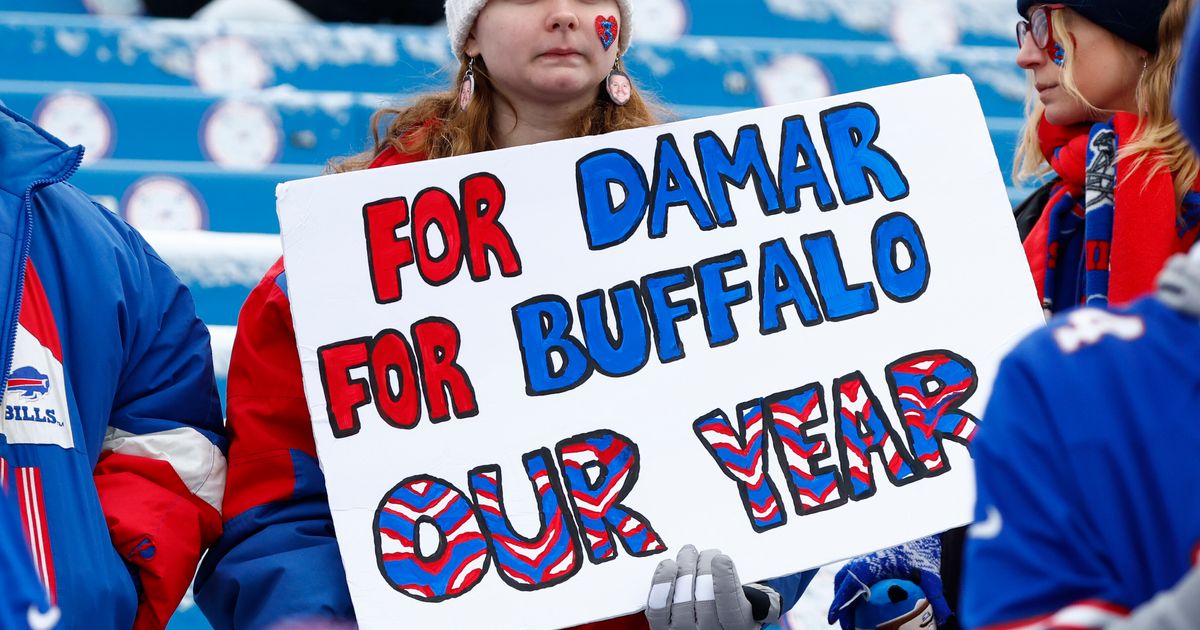 ORCHARD PARK, N.Y. (AP) — Bills safety Damar Hamlin, who is still recovering after going into cardiac arrest on the field in Cincinnati two weeks ago, said he will be cheering from home Sunday during Buffalo’s wild-card playoff home game against the Miami Dolphins.

“My heart is with my guys as they compete today!” Hamlin tweeted less than hour before kickoff.

“Supporting from home as I focus on my recovery. Nothing I want more than to be out there with them!” Hamlin posted, along with a video of himself greeting fans during the Bills’ last game against Miami, on Dec. 17.

A person with direct knowledge of the player’s schedule had told The Associated Press on Sunday that Hamlin planned to attend the game in person. He later said those “plans may have changed.”

The person spoke to the AP on condition of anonymity because Hamlin has kept his schedule and recovery private since being released from a Buffalo hospital on Wednesday.

Charged up fans are eager to blunt the memory of Hamlin’s collapse, when the 24-year-old from the Pittsburgh exurb of McKees Rocks stood up after making a tackle against the Bengals, then fell backwards, landing motionless on the turf at Paycor Stadium.

The Bills did not release any details about Hamlin’s plans for the game.