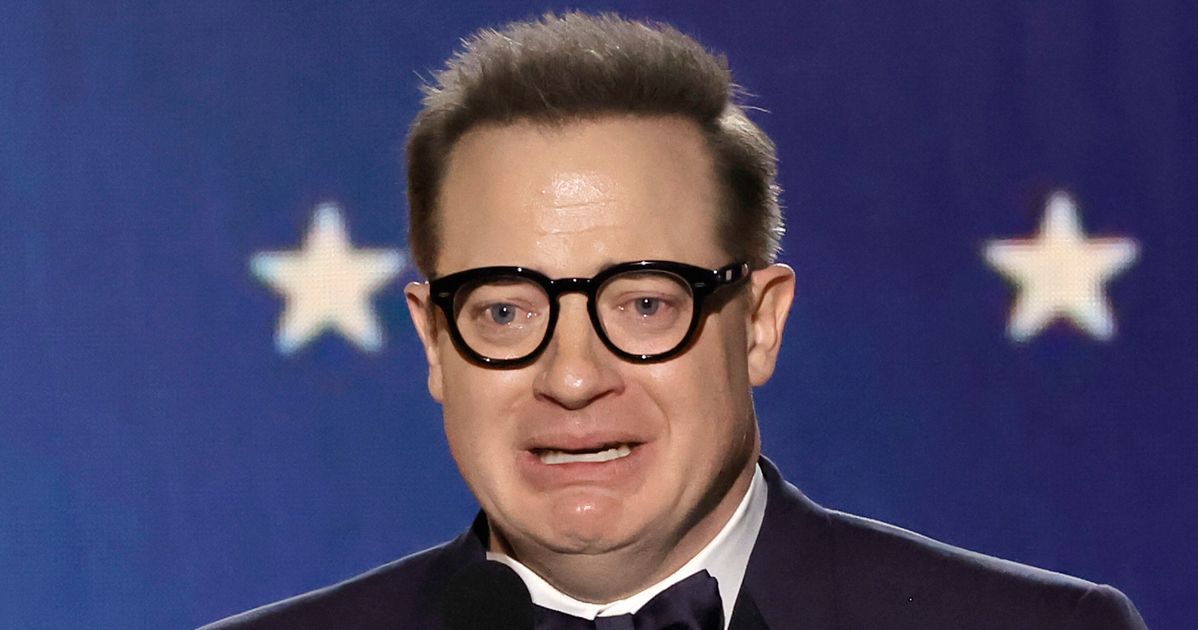 Brendan Fraser got emotional as he delivered a heartfelt message during an acceptance speech at the Critics’ Choice Awards on Sunday (You can watch a clip from Fraser’s speech below).

“The Whale” actor, who won the award for Best Actor at the ceremony, reflected on his recent movie about “love,” “redemption” and “finding the light in a dark place” as he recognized those that made the film possible.

Fraser opened his speech with a reference to a Herman Melville line on critics in America and remarked that he’s glad critics “woke up” for him.

The actor also gave an emotional thank you to “The Whale” director Darren Aronofsky for showing him where he “needed to be” on Sunday.

“I was in the wilderness, and I probably should have left a trail of breadcrumbs, but you’ve found me,” Fraser said.

“And like all the best directors, you merely just showed me where to go to get to where I needed to be.”

Fraser later spoke over music that attempted to play him off and he didn’t let it stop his powerful address at the award show.

“If you – like a guy like Charlie, who I played in this movie – in any way, struggle with obesity or you just feel like you’re in a dark sea. I want you to know that if you too can have the strength to just get to your feet and go to the light, good things will happen,” Fraser said.

Fraser later told reporters that the Best Actor honor meant “more than [he knows] how to say with words.”

“It was an act of faith,” said Fraser on making “The Whale.”

“We all approached this piece as if it were the first and last time we would ever have a chance to do this kind of work ever again, each day and I think that this movie can help do a lot of good.”