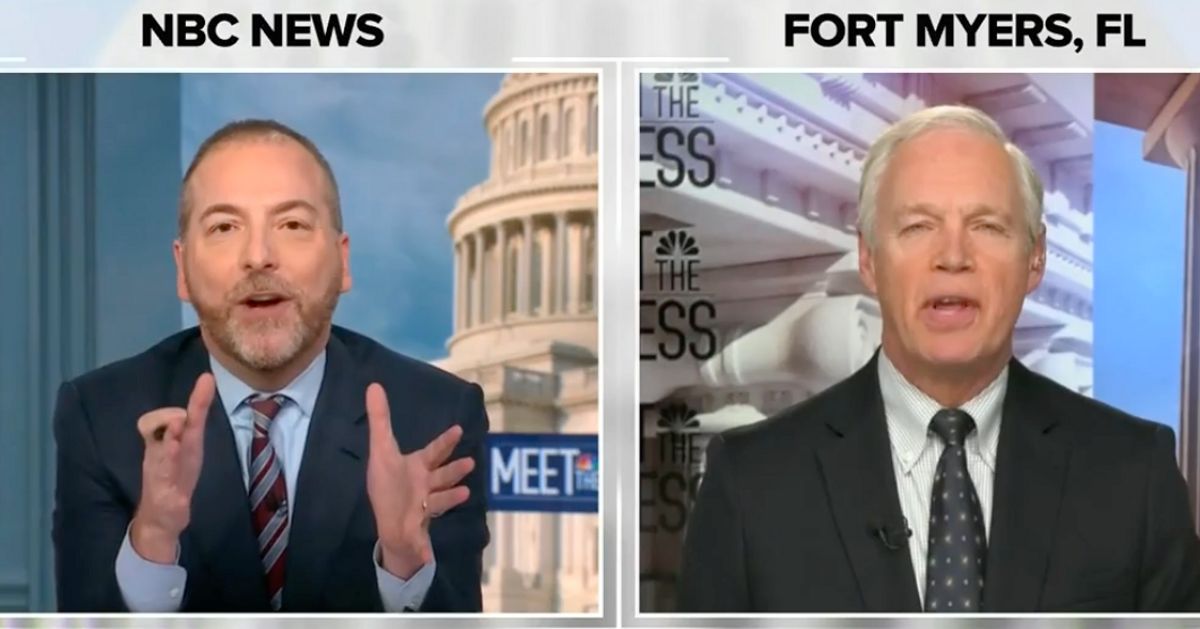 Chuck Todd told Sen. Ron Johnson (R-Wis.) to go back on his “partisan cable cocoon” during a heated interview after the Republican railed about Hunter Biden on Sunday (You can watch the two go back-and-forth below).

Todd questioned Johnson over whether he believes the president’s son committed a crime and added that it isn’t a “crime to make money off of your last name” before the two went at it.

“I’m a journalist, I deal in facts,” Todd snapped back.

Todd later remarked that Johnson should be “equally outraged” over former President Donald Trump’s son-in-law Jared Kushner, who raked in a loan from the Qatari government as he worked in the White House on policy in the Middle East.

Johnson, who said he doesn’t “target individuals” but rather targets the truth, went after Todd, who brought up his targeting of Hunter Biden.

“Part of the problem, and this is pretty obvious to anybody watching this, is you don’t invite me on to interview me. You invite me on to argue with me,” said Johnson, who later claimed that the media is biased and part of the reason politics are “inflamed.”

“You can go back on your partisan cable cocoon and talk about media bias all you want, I understand it’s part of your identity…,” Todd sharply replied.