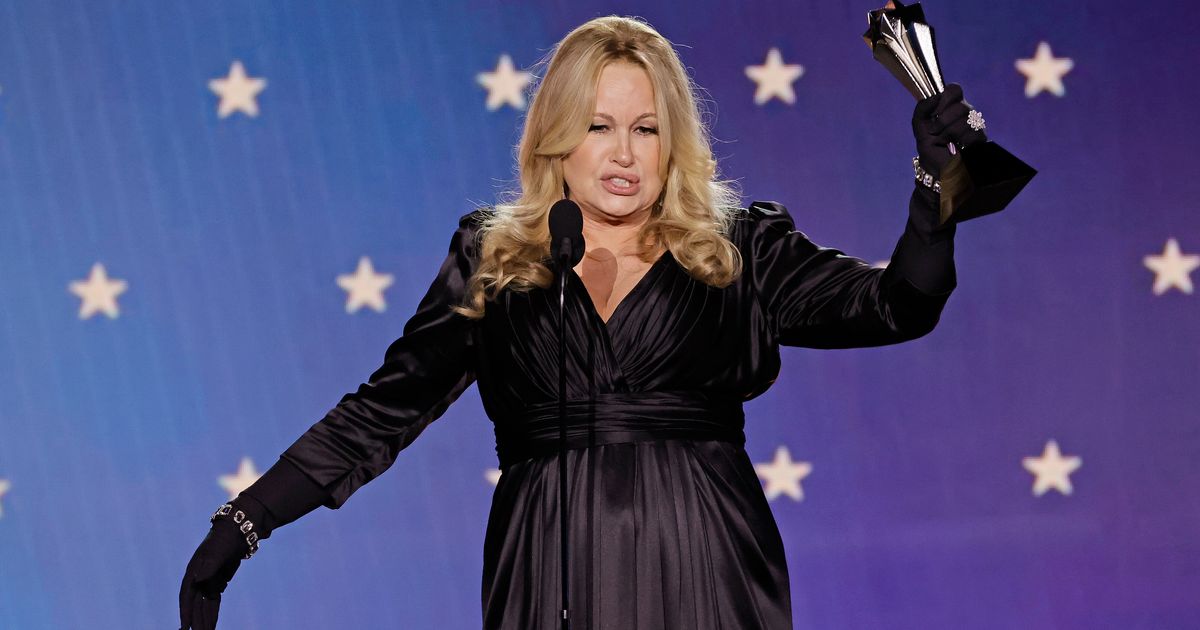 The “White Lotus” star offered up another charming speech on Sunday night after winning the Critics Choice Award for best supporting actress in a drama series for her portrayal of Tanya McQuoid in the hit series.

The prize is the latest in an awards season sweep for Coolidge, who’s experiencing what some fans and critics are calling her career renaissance at 61 years old following her fan-favorite performance in “White Lotus.”

On Tuesday, she won her first Golden Globe for best performance by an actress in a supporting role in a series, limited Series or TV movie. She nabbed her first Emmy for outstanding supporting actress in a limited or anthology series or movie in September.

During her much-talked-about Golden Globes acceptance speech, Coolidge was hilariously on brand, offering a candid and self-deprecating assessment of her life and career.

“I just want you all to know that I had such big dreams and expectations as a younger person but what happened was they get sort of fizzled by life or whatever,” she said at the Globes ceremony. “You know I thought I was going to be Queen of Monaco even though someone else did it.”

“Mike White,”Coolidge said to the show’s creator, who had tears streaming down his face, “You’ve given me a new beginning … You sort of changed my life in a million different ways. My neighbors are speaking to me. Things like that.”

Coolidge also thanked a handful of writers and directors who she said had kept her going for two decades in the entertainment industry with “little jobs.”

Previously, Coolidge was known for her turns in the “Legally Blonde” and “American Pie” franchises.