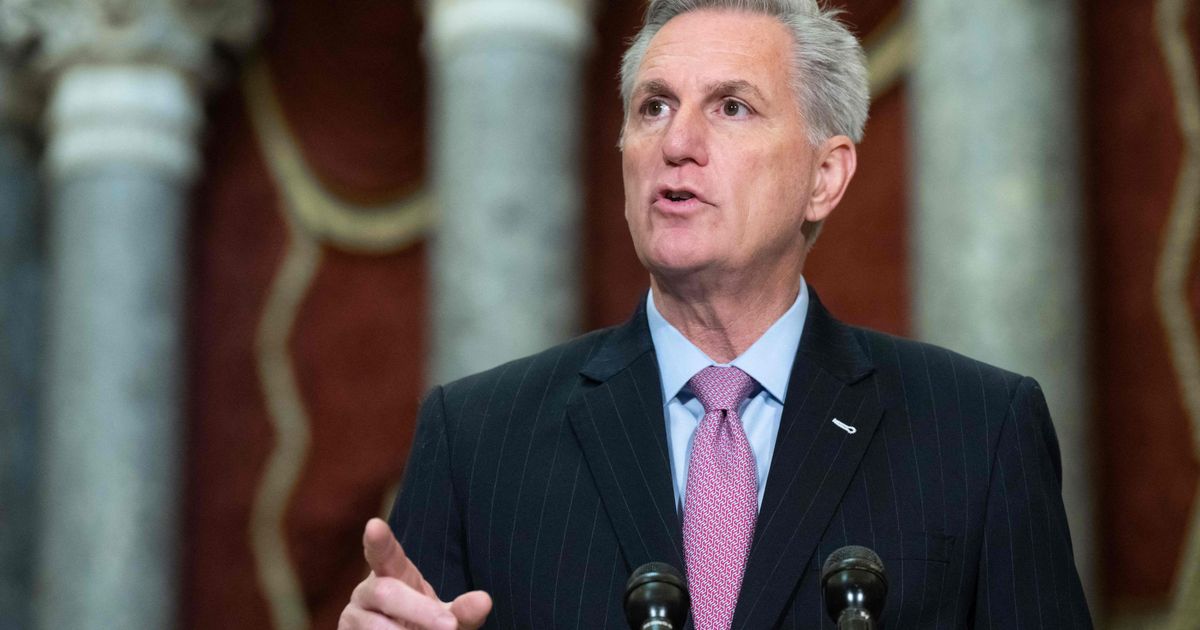 House Speaker Kevin McCarthy (R-Calif.) admitted Monday he “always had a few questions” about the resume of Rep. George Santos (R-N.Y.), the newly elected congressman who was found to have lied extensively about his credentials.

“I never knew all about his resume or not, but I always had a few questions about it,” McCarthy said, after a reporter asked if he had any inkling about the allegations against Santos before they became public.

The reporter also asked about how a Santos staffer was caught impersonating McCarthy’s chief of staff to make fundraising calls during Santos’ 2020 and 2022 House campaigns.

“You know, I didn’t know about that. It happened — I know they corrected it, but I was not notified about that until a later date,” he said, noting that he had spoken to Santos about it.

After winning his election in November, and following bombshell media reports, Santos admitted that he lied about elements of his work experience, heritage and education. Recent reports in The New York Times and New York Post indicated that GOP leadership and some top Republican aides were aware of the fabrications prior to his election.

McCarthy, who endorsed Santos and supported his campaign, has downplayed Santos’ fabrications and refused calls to try to boot him from the House, as the speaker navigates his leadership of an extremely narrow majority.

Santos voted for McCarthy in all 15 speaker ballots. Should he be forced out, McCarthy has no guarantees the seat would be filled with an ally (or even a Republican).

New York Democratic Reps. Dan Goldman and Ritchie Torres on Sunday demanded that House GOP leaders disclose what they knew about the extent of Santos’ dishonesty and cooperate with current and future investigations into Santos.

“It is one thing for a candidate such as Mr. Santos to induce voters to support him based on a web of lies,” the lawmakers wrote in the letter, which was addressed to McCarthy; Rep. Elise Stefanik (R-N.Y.), chair of the House Republican Conference; and Dan Conston, who heads the Congressional Leadership Fund PAC. “But it is altogether something else if the top levels of Republican leadership knew about Mr. Santos’s lies during the campaign and chose to be complicit.”